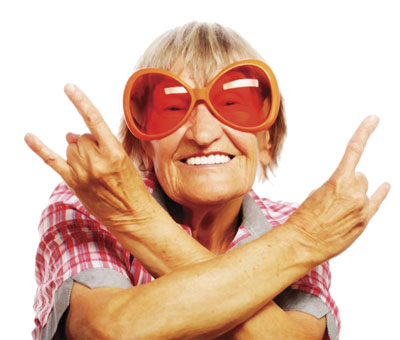 Here is my own version of what I think we might come to expect post COVID. It is based on a memory of my college years. For the last two of my undergraduate years at Yale, I lived in a private home next door to the secret society Skull and Bones, from which the Bushes and their cohorts plotted the New World Order. Our own congregation of characters was of a different order. I recall once asking our landlady, “Mrs. Yeats, how did I ever get a room here? Cheap, great view, next to campus, after the semester had already started, free food in the kitchen.”

At five in the afternoon, still wearing her seven-tiered black nightgown, Mrs. Yeats turned to me and replied, “Naturally, I have numerous inquiries, but I only rent to someone if, when I first meet them, I am quite sure they’re mad.”

Mrs. Yeats was embroiled in an eccentricity contest with Miss Blackhead, the daughter of the prominent philosopher-mathematician—who was known for appearing in public with two parrots in her hair—triggering Mrs. Y’s competitive instincts in ordering a Bengal Tiger shipped to New Haven, which she intended to keep in her living room. (The tiger was intercepted and sent to the zoo.)

Other Mrs. Yates stories included The Dinner Party: “Mrs. Yates, what is in this delicious stew?” “Rabbit.” “Oh, wherever do you find rabbit in New Haven?” “I have close friends at the cancer lab.”

The Aluminum Ladder: Concerned that it might rust, Mrs. Y had asked permission to leave it standing from the base of our house leaning against the second floor of the Episcopal Ministry next door (on the other side from Skull and Bones). One night, for reasons no one has ever attempted to explain, Mrs. Y decided to climb the ladder, arriving at the second floor bathroom window just as her pastor was stepping out of the shower. There was a brief moment of silence as the two stared at each other, until Mrs. Y, never at a loss for social aplomb, exclaimed, “Oh, so this is your bathroom!”

One of our house members—I’ll call him Dr. Braun—was out of a job. He had started off teaching at Harvard, then lost a series of positions, most recently at Southwestern New England State Teacher’s Junior College, for undue attention to his freshman male students. Unable to pay the rent, Mrs. Yeats had allowed him to live rent-free. The longer he stayed for free, the ruder he treated her. Mrs. Yeats consulted her counselor, who explained to her that Dr. B was suffering from lack of self-esteem. So Mrs. Y decided that he might feel better if he owned the house, and she paid him rent. So she sold it to him for a dollar. Following which he kicked her out. Which was how it came about that, from my second floor window, I almost dropped a typewriter on her head when I became aware of a dark shadow trying to sneak into the house at 3:00 am. (A house consultation was held, at which Dr. B, at the insistence of the rest of us, agreed to sell the house back for the original dollar, and further to pay Mrs. Y a dollar a month rent until he found his next job.)

Dr. Braun was a close friend of—I’ll call him Professor Wissenwass—the chairman of the German department at Yale. For my 9:00 am German Lit class I was used to listening to Herr Dr. W, erect, genteel, aristocratic, share tales of the masters. At 9:00 pm or so I was also used to listening to him and Dr. B in the living room of the house. I believe the phrase is “drunk as skunks.”

On some pretext or other we held a weekend house party. Some 50 people, but a privileged inner core of maybe a dozen of us rambling on in German. Dr. W was seated in an old rocker with an open gallon of Gallo Red in his lap. Farida, my girlfriend at the time, whose parents had been in the diplomatic service and who spoke seven languages fluently, was belting out dirty German drinking songs, one verse of which caused Herr Dr. W to laugh so hard and rock so violently that his chair toppled back over on top of him. There he was, topsy-turtled, his arms and legs caught in the slats, the gallon of Gallo Red glugging down on top of him.

I had a moment of inspiration:  “Herr Professor Doctor Wissenwas, darf Ich frage (may I ask), in light of the evident grace, beauty, vitality and erudition of this charming young woman, who has just shown herself capable of overturning the values of the preceding generation—namely yourself—what do you think of the future of the younger generation?”

Wine-drenched, still on his back, Dr. W become quite still and answered with the same precise, though somewhat more Germanic, diction which he displayed in front of the class, “YOU ..  VILL  . .  MUDDLE TRU  .  .  CHUST AS VE ALL HAFF!”

And so I expect humanity, for whom the Earth has prepared resources for millions of years, and which has struggled to stand upright for hundreds of thousands of years, to seek the stars, to “muddle tru” its present crisis and go on doing what we do best: pile our triumphs on top of our follies, rock back and forth between elation and despair, stumble, trip and soar, scatter into shards and then redeem and renew our common quest, to follow the dream, to reach and search in the endless starlit attempt to find out who we are. 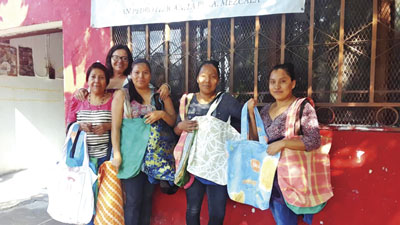 The COVID Emergency
Poco a Poco gives thanks to everyone who has provided caring and even lifesaving support to the indigenous people of San Pedro Itzican and surrounds. The