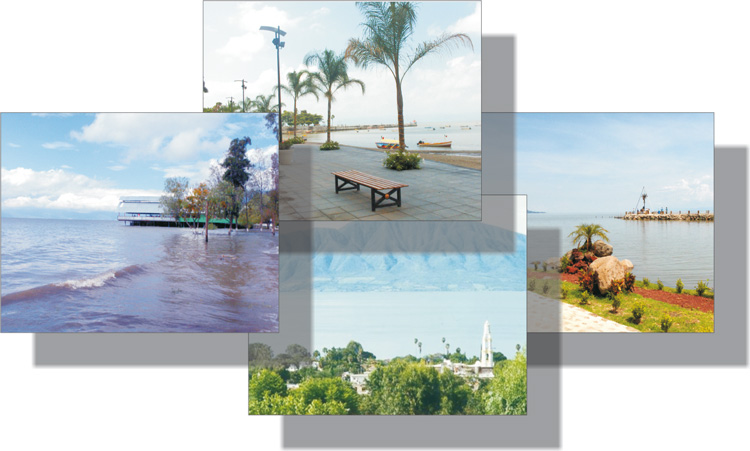 Mexico as a whole has been graced with an unusually temperate climate year-round given its tropical setting. The rainy season occurs during the Mexican summer and has a very moderating effect on day-time temperatures.  Even though the rain rarely lasts more than an hour, and typically occurs at night, the cooling effect lasts well into the next afternoon.  Extreme temperatures are found only in the North and in Baja, both of which have deserts, where the temperature goes above 100F. The mountainous or desert terrain of much of the country produce low night time temperatures which also help keep daytime temperatures moderate.

A combination of tropical location, high altitude and a large body of water produce a climate in the Chapala area that is second to none in the world.  Although National Geographic magazine has done the full analysis and declared Lake Chapala to have the second best climate, those who live here are quite content to be that close to the ideal.

Other prime retirement locations cannot come close to matching the climate in the Lake Chapala area.  High humidity, searing summer heat, hurricane and tornado threats and miserable winters are all foreign to the lakeside.  Temperatures are consistent year round.  The sun shines all day almost every day.  Consistently low humidity adds to the comfort level.  The wind is very gentle or non-existent.  Sunrises and sunsets vary only about an hour from winter to summer.

Rainfall occurs primarily during the summer months – June through September – and mainly during the night.  An occasional cloudy day may produce a quick shower, but most of the precipitation occurs during the night, and will usually be a short downpour. Rainstorms are often accompanied by thunder and lightening and strong winds.  The average annual rainfall is 921 mm or 36 inches per year.

The reasonable temperatures during the summer months are a result of the high altitude and the rainy season.  It is surprising how much the onset of the rains reduces the daytime temperatures.  The hottest part of the year is May, before the rains start, and the dry season has been in effect for 7 or 8 months.  The coolest part of the year is the period between mid-December and mid-January when the sun is at its lowest.  Some evenings during the Christmas season may call for a space heater or firepit, and the mornings may suggest a light jacket.

A few houses have air conditioning, fireplaces or small electric or gas space heaters.  However, many houses have no need for any such appliances.  The low humidity makes de-humidifiers unnecessary.

Mexico uses the Celsius or metric thermometer.
The formulas for converting from Fahrenheit to Celsius and back are:

The table below gives an idea of the Chapala climate month by month:

Because of its tropical location, Mexican sunrises and sunsets do not vary much from season to season. Using standard time as a base, the sunrises in Chapala vary only from 6:15 AM in June to 7:30 AM in December, and the sunsets range only from 7:30 PM in June to 6:15 PM in December.

2 Replies to “Climate And Weather”