This area is known as “Lakeside” to residents from the U.S., Canada, Great Britain and Europe, among other places, and “la ribera” to Mexicans. Due partly to the eclectic mixture, it has developed a continental Old World charm which blends smoothly with a distinctly Mexican ambiance.

Cobblestone streets, tile-roofed homes, riotously colorful gardens blooming year around, and incredible open-air markets and restaurants are common sights, backdropped by lush green mountains surrounding the lake. The hills are laced with flowering trees and plants, and accented by waterfalls, caves, petroglyphs, indigenous sacred sites, and a variety of hiking trails and places to explore.

Numerous picturesque towns and villages, many of which evolved from prehispanic indigenous settlements, dot the shores around the lake. There is a substantial population concentration on the northwestern and western shores, where the largest expatriate community in Mexico is found. Estimates of the expatriate population range from 20,000 to 40,000 full-time residents. That population increases during the “high season” from mid-September to mid-March.

Cradled in the southern half of Mexico’s western mountain range, the Sierra Madre Occidental, lays one of the most delightful hideaways in the world … Lake Chapala. Tranquility, natural beauty, and a marvelously temperate climate are just a few of the attractions of the area. Approximately the same altitude as Denver, Colorado, Chapala is the largest natural lake in the country.

Adapted from his blog: retirednsingleblog.wordpress.com

For a variety of reasons more and more Americans and Canadians are contemplating moving abroad for retirement. For many, Mexico ranks high on their list of places to explore. You may fit that category – here snowbirding and checking out the Lake Chapala area. However, there are many back in the states who would never think of taking even the first step.

For starters, they must believe what they read and hear in the U.S. media. Why would anyone want to retire in Mexico anyway…especially the area around Lake Chapala. That’s OK with us. You see, the Lake Chapala region is our little secret. We expats here today like it that way. If too many Gringos and Canadians come down here, they might spoil it for the rest of us.

END_OF_DOCUMENT_TOKEN_TO_BE_REPLACED 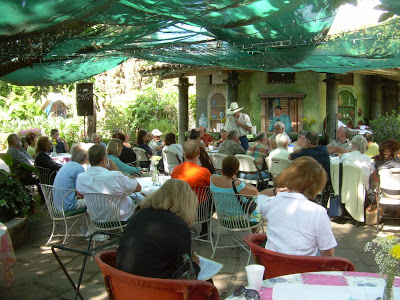 END_OF_DOCUMENT_TOKEN_TO_BE_REPLACED

“I want to put a stop to the rumor that has been circulating around town. The one that says the old train station my family donated to the town of Chapala will be converted into a disco, bar, restaurant, casino, etc. It was donated for use as a local history, anthropology, and paleontology museum, and as a cultural center for art exhibits, video projection, and cultural activities,” Architect Alejandro Gonzalez Gortazar stated very emphatically. He is the son of Don Jesus Gonzalez Gallo, the renowned and respected Governor of Jalisco from 1946-1952, who provided many benefits for the Chapala area, including the road to Jocotepec.

Alejandro presently lives in Guadalajara, but spent a great deal of his childhood, and seven years of his married life in the Lakeside area; thus his love for Chapala.

END_OF_DOCUMENT_TOKEN_TO_BE_REPLACED

By Ronald A. Barnett

Monday in Chapala, Wednesday in Ajijic, Thursday in Jocotepec, the tianguis, or open street market, is a familiar weekly event at Lakeside. But did you ever wonder why these enterprising merchants and vendors get up so early and work so hard to set up their booths and displays for only a few hours one day of the week?

Business, of course. A social event, to be sure; a place to meet friends and neighbors and pass the time of day. But the tianguis is much more than that. Its roots go back to classical Aztec times and beyond to other peoples of ancient Mesoamerica.

END_OF_DOCUMENT_TOKEN_TO_BE_REPLACED

Mezcala Island, a rocky and chayote-covered outcrop near the north shore of Lake Chapala, today bears scant evidence of the long and bloody battle waged there during the Mexican War of Independence from Spain. The little-known battle has considerable historic importance, however, because of the major change it produced in the Spanish attitude toward the treatment of prisoners.

In 1812, the war for independence had been in progress for two years when Encarnación Rosas, a young fisherman from the shores of Lake Chapala, enlisted some 60 men from the area and rose in rebellion against the many Spanish cruelties imposed on the indigenous people there.

Spanish troops moved in to quash the uprising, but Rosas and his men, armed primarily with lances, sticks and rocks, and reinforced with insurgents headed by José Santa Anna, defeated them near the town of Mezcala on the north shore of the lake.

END_OF_DOCUMENT_TOKEN_TO_BE_REPLACED

Those who can call La Ribera de Chapala (Lakeside) home, definitely don’t lack of activities to make them happy and keep them busy. The natural scenery and the environment offer a wonderful opportunity to participate in physical activities, whether it’s group sports or individual activities.

There are also numerous gatherings amongst locals that are dedicated to enhance the mind. The intellectual, social, political, cultural and religious groups are but some of the many organizations here at lakeside. Many of these groups have members from all over the world, creating different and interesting perspectives from different points of views. Such reunions often take place weekly or monthly and are easy to find and join.

Retirees find that keeping occupied is not a problem; the only dilemma is finding the time to do all the available activities. With over 200 existing organizations in the area, there is a variable of “things to do” year round. There are hundreds (maybe thousands) of activities in the towns of La Ribera de Chapala to keep you entertained and participating in this beautiful community.

This is a brief list of some of the activities, places and organizations, which are not numbered in any particular order. Hope this is of great help for you.

Let’s start and have some fun!

END_OF_DOCUMENT_TOKEN_TO_BE_REPLACED

(Ed. Note: The following article was first published in 1946 in the magazine Modern Mexico. Ms. James, known as the “Godmother of Ajijic,” set many of her charming stories and books here at Lakeside.)

Ajijic is an old, old village. Our solidly built Franciscan Church bears the date when it was finished: November 27, 1749. But it is not the original. The first was destroyed by a hurricane. Even before that, before the Conquistadores set foot on the shores of the New World, Ajijic was an Indian settlement. Ancestors of my neighbors gained a comfortable livelihood fishing in the lake and cultivating their milpas. Long after the Spaniards had planted a new religion, Indians continued to make their little clay figurines, bake them, and toss them into the lake to appease Tlaloc, their Rain God. Often we foreigners amuse ourselves diving for these exotic little figurines which we use to decorate our homes.

END_OF_DOCUMENT_TOKEN_TO_BE_REPLACED

At nearly 50-70 miles long and 15-20 miles wide, covering some 417 square miles, Lake Chapala is the largest natural lake in Mexico. It is fed at its eastern end by the River Lerma, originating in the Toluca mountain range, and drained at its northeastem corner by the Rio Santiago that then goes to the Pacific Ocean. It provides 55% of the drinking water to Guadalajara.

The lake was formed some 12,000,000 years ago in a seismic upheaval and was ahnost 7 times its present size, even covering the present city-site of Guadalajara. The lake bed is the resting place of many fossils. Originally called Lake Jalisco, it now hears the name Chapala, taken from the Nahuatl ‘Chapalal,’ the sound that water makes splashing on a sandy shore.

Ajijic was originally named, in Nahuatal, the Aztec language, ‘Axixic, place where the water springs forth,’ commemorating the seven fresh-water wells that originally provided the water in this area. One of the wells was at the head of Calle Colon, and another was likely on the site of the church on Marcos Castellanos.

END_OF_DOCUMENT_TOKEN_TO_BE_REPLACED 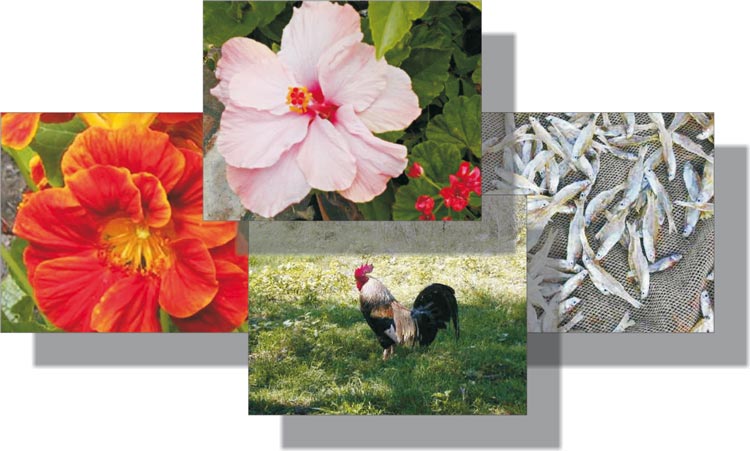