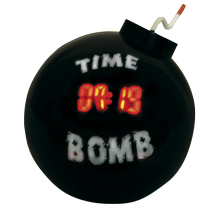 Once in a while, judges get too big for their pants. And there’s nobody else but lawyers who can rein them in. It must be done subtly, but assertively. And it must also be accomplished in a manner that borders on contempt but never crosses that border. Cross that border and, as my dad used to put it, “Your ass belongs to the Indians!”

A judge called me into an office conference during a break in a trial before another judge. I was late in getting back to the trial. The jury had been waiting and, although I made the office conference judge aware of my time constraints, he made no effort to finish quickly.

When I returned to the courtroom, I knew I would have to explain myself. The trial judge was more than reasonable about such matters almost always….almost. I was asked to remain standing and was subjected to an extended criticism of my lack of professionalism. The defense was loving it.   Finally, when my back side was sufficiently gnawed on, I was afforded the opportunity to apologize.

Instead, I launched into my own defense, citing the other judges’ disregard of my plea to expedite the conference. I even suggested that one of the judges on the court should apologize to me for not communicating with each other. That was unnecessary and it spoiled my otherwise inspired defense. The judge harrumphed and warned me to “never let it happen again.” I decided to take him at his word. Sort of.

Jim Liguori was defense counsel that day. Jim was known to pull stunts like blowing his nose on a pompous lawyer’s neatly-folded handkerchief. He also had a reputation for ordering cheeseburgers by using a cop’s mobile unit, attached to the officer’s shoulder. Jim was someone that you had to keep an eye on. That trial would prove it again.

We were both prepared for summations. I added a twist by bringing along a larger-than-necessary alarm clock. After all, the judge had warned me about being late! I sat it in front of me, thereby attracting the court’s attention.   The judge was not amused. We awaited the arrival of one late juror and then the judge instructed us concerning our arguments. We took a brief recess before arguments began. I was outside the courtroom for ten minutes.

The judge asked me to begin my summation. I was five minutes into my argument. Suddenly, the courtroom was filled with a loud ringing. The flow of my summation was ruined as I turned to see my alarm clock, ringing and ringing. I walked past defense counsel, who was staring down at his desk with a smirk on his face. Finally, I reached the clock and shut it off. In the quiet that followed, I apologized to the court.

No one missed the ugly stare and head shaking of the judge as he announced, “Proceed, Mr. Rambo, without the clock!” By then, Liguori was nearly on the floor laughing. The joke was on me. I’d been hoisted on my own petard. Something else was happening, however; something that I could not have known. A juror later told me that they were upset that Liguori was laughing during the ringing of my alarm. They didn’t like it.

I lost the battle but won the war. The defendant was convicted in spite of my clumsy, immature attempt at reining in the judge. Liguori had set the alarm while I was outside the courtroom but the jury, at least, was not asleep on the facts of the case. 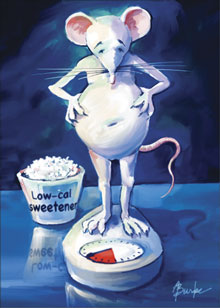 Uncommon Common Sense - March 2014
UNCOMMON COMMON SENSE By Bill Frayer Failure Is Not What It Seems   Failure came to me in the eighth grade. I remember vividly.  I loved