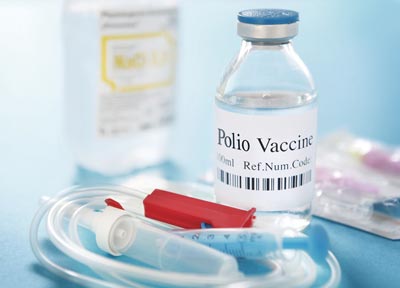 My mother was the only grandchild of early 20th century cult guru, Alois P. Swoboda. His instructions on raising children included the mandate that they learn from their own mistakes. It was only in this way, he believed, that a child would develop into an adult with strong character.

“I have made the decision to take swimming lessons at Dearborn Pools when they open for the summer.” I told Mother. Public notices were posted throughout that summer: Keep your children home, away from crowded places. If your child has a fever, stiff neck, or flu-like symptoms call your doctor. Do not bring your child into the waiting room.

“You may want to reconsider the decision to take swimming lessons, dear. The pool gets very crowded and there’s been talk of a Polio epidemic.” It is strange that I remember that conversation, because at the time, I had no intention of taking Mother’s advice.

My brother, Kurt, eight, sat up front with our parents. I lay in the back seat of the car trembling and burning with fever. We were rushing back from Petosky in northern Michigan where we had been on vacation. Mother had called Doctor Vogel, our family doctor, who met us in the clinic’s parking lot. He handed mother a map through the car’s open window. It directed us to the University of Michigan’s gymnasium loading dock in Ann Arbor, Michigan. By then it was getting dark. We were told to stay in the car and flash our lights at the end of a high fenced alley and that an attendant would come out to meet us.

The block-long dock had a line of steel doors three feet off the ground which could be accessed by portable metal stairs on wheels. After the five-hour drive, in the ten minutes it took the attendant to appear, panic mounted. Dad started screaming, “We’re in the wrong place, this isn’t it. This can’t be the place!”

The attendant wore coveralls and gloves. He directed us to pull up to a door with a set of portable steel stairs in front. He approached the car, asked our names, and instructed us not to get out. “You were sent from Garden City Medical Center and the patient’s name is Jani?” By this time I was sitting up, eyes wide, wondering what was to come next. “Is this her in back? Can you roll down your window a little, Jani? My name is Tom and I will help you,” he said through the half-open window. “Can you walk? Do you think you can make it up those three stairs?”

“She needs a wheelchair,” Mother screamed. The attendant ignored her. He opened the back door. “Can you get out all right?” he asked me. With legs shaking I got out and stood beside him.

“You will need to do the paperwork to have her admitted,” Tom told mother. “Afterward you can come back through the front entrance and visit your daughter. The office is in another building on campus. Follow these directions carefully,” he said, handing my parents another map.

My Parents had no idea this process would take hours, that their whereabouts would be questioned, that their car would be fumigated, and that Kurt would be given an experimental drug to become known as the Salk vaccine and be quarantined from attending school.

“Take the steps slowly, I’m right here behind you if you need help,” Tom said. “I’ll push the door open and you can step in.” Never touching me, Tom locked the metal door behind us. I faced a large trash barrel striped with fluorescent tape. Its lid popped open with a press of his foot. “You need to take all of your clothes off, Jani, and put them in this barrel.”

“Even my underwear…and my shoes?” I asked.

“Yes,” Tom replied. I will keep my back turned.” I undressed and dropped my clothes into the barrel. Rapidly, I stepped onto the stool and sat on the edge of the gurney, grabbing the sheet to hold up in front of my naked body as I heard the barrel’s lid snap shut.

“Will you be all right by yourself if I leave? If not, I will stay with you, Jani. Another car is waiting for me outside. The nurse will come in through the other door or the other side within five minutes.”

“You’re a brave girl. I believe you will come through this all right.” Then, he exited and locked the door behind him.

It was the middle of the night when my parents finally arrived. They took turns looking at me through the thick, one-foot square metal-encrusted window in the hallway door. An attendant instructed them on the use of a one-way microphone to talk to me, but I had no speaker to talk back.

“We got here as soon as we could,” Mother cried. “We love you, Jani. We love you. Is there anything you need? I’ll get you out of there as soon as I can. They are going to give you a spinal tap tomorrow. It’s going to be painful. This is my entire fault, Jani. We shouldn’t have gone on the vacation when you weren’t feeling well. I am so sorry, so terribly sorry. Your Dad is here beside me. He is worried about you, too.”

Dad’s face replaced Mother’s in the small window. I remember seeing the pads of his fingertips pushing against the sides of the window as if it were a curtain he could push open. He pressed his nose against the window, his mouth agape and tears streaming down his face. Then he collapsed.

“Help!” Mother screamed. Then, their microphone was turned off. I waited shivering on my stainless-steel gurney, as if frozen in silence to be told my father had fainted.

Three days later they released me from the isolation room. Transferred to another gurney with a mattress pad but no pillow, the attendants rolled me into the hallway banked with dozens of the other victims of the Polio epidemic lined against the walls waiting for a bed.

Mother visited every day. After my third day in the hallway, she screamed at the head nurse.

“I have connections in Lansing. If my daughter is not in a room when I come back tomorrow there will be hell to pay. I will not have her treated like this!” When mother left, the staff made up an adult bed for me that encroached on the entry to the gymnasium, the pediatric “ward,” which must have held a hundred children. This spot, made to accommodate me, was near the entrance next to the iron lungs.

The pushing of air into the lungs of helpless children, then sucking it back out in mechanical death-defying beats, ‘Phew-Whooh, Phew-Whooh’ dominated the room. Spatters of conversation could be heard from parents in the northern part of the state and those from the Upper Peninsula, saying goodbye to their children, possibly forever. Cries of terrified children housed in tight rows, echoed up the walls, cries that called out to me and reverberated in my ears even when the ward would become quiet for a time, deep into the night.

“If I hadn’t let you go to Dearborn Pools you wouldn’t be here.” Mother confessed.

“There were lots of children in the pool, lots of parents thought it was alright for them to be there.” I tried to console her.

“We shouldn’t have taken that vacation. We should have stayed home.”

“… But I’m the one who said we should go.” I answered, hoping mother wouldn’t be compelled to fix things.

“I want to speak to the head doctor. This is my daughter,” Mother barked at the head nurse. “She doesn’t belong here! I want her transferred to an adult ward!”

“You will have to talk to a doctor.” the nurse replied.

“And where can I find one?” Mother spat with a hiss.

“The doctors are all gone for the day.” The nurse smugly replied.