BEYOND THE FOREST GATE 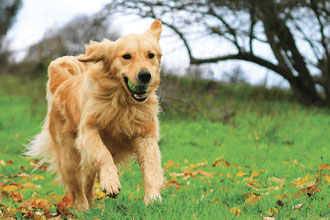 It was the first week of May, one of the most beautiful times of year in my part of north central Ohio, that narrow window of time during which the woods are brightened by large brilliant white wildflowers called trillium, and all the trees have burst into verdant green after their long winter of dormancy. It was not a bright, sunny day but a gray, rainy day. Not a heavy rain in the beginning that sluiced the woods and fields and soaked one to the skin, but a gentle caressing that morphed back and forth from mist to drizzle to a more substantial downpour. I was experiencing the call of the wild. I had been, as was so often my habit, burning the candle at both ends with little or no reprieve, and I needed what I referred to as a mental health day.

For company, I brought along my best friend and boon companion Belle, a precocious and ever loyal golden retriever. Many are the stories of Belle’s and my woodland adventures. On this day, as always, she was filled with boundless enthusiasm, eager to see what activity I had planned.

Immediately behind my home, located on a side road a few miles south of town, was a stretch of brush and weeds that extended for perhaps half a mile to a stream called Jameson Run, deep in the woods. I had installed a fence along the boundary line. I could easily climb over the fence, but I needed to lift up the bottom strand of wire to allow Belle to squirm through. I always thought of that tight opening in the fence as the Forest Gate, a term taken from J. R. R. Tolkien’s The Hobbit, an entranceway leading out of the comfort and security of the Shire into an alien world of adventure.

I was not so much in search of adventure on that weeping gray day, but craved silence and solitude, balm for the overworked soul. Belle, for her part, was mostly interested in the antics of field mice who fled among their labyrinthian pathways in the underlying vegetation as she sought out their hiding places with her ever curious nose. The rain picked up as we navigated our way across the weedy field and entered the woods. I did not care. On a warm spring day, being soaked is not a fatal event. Besides, once we entered the woods, the overhanging canopy of spring leaves acted as a huge umbrella, shielding us from the heaviest rain whenever a gust of wind would send sheets of droplets flying in our direction.

I needed woods, trees, the stream, the wind, and the water on that day, and I needed the companionship of my canine friend. So, a little thing like rain was not going to discourage me. In fact, I exhilarated in it.

Keep everything simple, and you will live a much happier life. I am always amazed at hikers I have met on wilderness trails who seem to be laboring under enough gear to overflow a steamer trunk, with a two-foot bowie knife dangling from their belts, probably to defend themselves from attack by cottontail rabbits and fox squirrels. Sort of like those outdoor manuals who assure their readers that it is possible to prepare a 12-course dinner over a wilderness campfire. I wonder if they ever even notice that they are in a wilderness. Spirituality is not only wounded by such extravagances, it is shot to hell. As an old Boy Scout, I always have a knife and a means of kindling a campfire, a simple Swiss Army knife with a cracked handle and a Bic lighter. Add a canteen or a water bottle, and you are set for the day.

We arrived at streambed, a true babbling brook, to find swarms of minnows scurrying about in a crystal pool. I was teaching classical mythology that spring, and I thought of the minnows as naiads, tiny Greek goddesses who were said to have frequented creeks and streams, singing and chuckling in delight to be dwelling in their pristine watery world. I wondered if an ancient herdsman stopped by some Arcadian rivulet and imagined naiads when he observed minnows. I perched atop a soggy log and watched the naiads for over an hour as the rain picked up in tempo.

As the day wore on, we quietly followed an overgrown trail, the remnant of an old wagon path that once bisected the woods. It had been many years since any of the land had been farmed. Nature had taken over where man had surrendered. There were trillium in the woods on that spring day as well as other smaller varieties of wildflowers; purple Johnny-jump-ups, tiny Dutchman’s-breeches, and others, for some obscene reason, given the name old maids’ delights.

At one point, I was startled when I heard what I thought was a human voice intruding upon my reverie. I motioned to Belle, ever sensitive to my moods, and we stepped off the path into the thick underbrush. When one is alone and submerged in the natural world for any length of time, the sound of one’s own voice becomes a violation. I had no desire to exchange pleasantries with any of my fellow humans, to rupture the holy silence with small talk, on this rainy woodland day.

As it turned out, there was no two-legged interloper in the woods that day. Belle and I arrived at the bank of an evergreen-lined private lake, one that I had not known existed before that afternoon. I lingered there behind the cover of pine boughs for some time, unwilling to trespass into a place that the owners had obviously intended for their own private sanctum sanctorum.

The west wind picked up, sending the rain across fallow field, woodland, and pasture in sheets. I was saturated, head to foot—denim jacket, shirt, jeans, socks, even underwear—but cared not a whit.

We returned late in the afternoon. The house was empty. I warmed pinto beans on the stove and set the coffee pot to perking. Belle was happy with her dog biscuits. I tossed my clothes into the dryer, rubbed Belle down with her favorite towel, and the two of us settled in for a long nap.

As I have aged, many old friends have vanished from my life, some having passed on, some having drifted away, but there are none whom I miss more than I do my ever loyal and enthusiastic comrade Belle. It had been a good day. It is a happy memory. It was a long time ago, alongside the creek called Jameson Run. 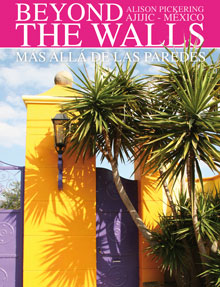 BEYOND THE WALLS - June 2009
BEYOND THE WALLS By Alison Pickering Reviewed by Pat Percival   As you stroll through the village of Ajijic, do you ever wonder what surprises 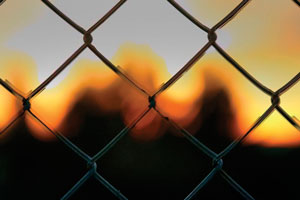