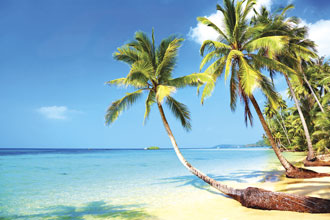 Joe lay on his board and was rocked gently by the blue satin sheet of ocean. He was hoping for one more ride before leaving Bali. The surfing here was awesome. Uluwatu and Padang Padang were always bitchin’ even with the crowds. Thanks to some of the locals and a gift of a case of beer, they took him to some beaches known only to serious surfers. Those were perfect days.

Panaitan Island, near Jakarta, had been pretty exciting, but Fiji had been the ultimate. The breakers at Namotu, especially at Cloud Break, were so extreme he became totally fierce in his endless efforts to master them. Each time he grabbed a wave, he knew he could get seriously cranked as he shot the curl, fighting to stay in the middle of its face. He knew a wipe-out on those 18-foot waves could end his dream, maybe his life, but the thrill of it kept pulling him back for one more ride.

Next destination was Sumatra and then he was heading home.

Turning his head he saw a vision that took his breath away. It eclipsed all his thoughts about big waves. Floating close to him was this gorgeous, silken beauty. She was long and lean, with just the right curves. Her honey-colored skin gleamed golden in the sun. He wanted to run his hands over this elegant beauty. He wanted to hold her, feel her next to him. He would have made a move, but she was with this great big dude who had her wrapped in his arms.

“Wanna spend some time with her?”

On shore, the big dude handed her over to me. I held her gingerly, shyly. Out on the water I stroked her reverently and she responded. We became one immediately. I was in love. We were out on the ocean together for about an hour, riding waves, gentle at first, but then they gathered power and lifted us up and dropped us down. We rode them with abandon, in tune with the ocean and each other. I wanted this to go on forever but it wasn’t gonna happen. A sharp whistle ended the magic. Glancing toward the beach I saw the big dude motioning us in and my heart sank. I knew I would never see her again. I pressed my body against her, sliding my hands over her one last time before I let her go.

The big dude put his arm around her. “So whadaya think?”

I gave her one last lingering look, then with tears in my eyes I said, “Man, she is one hot board!” 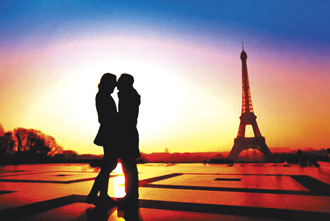