Before moving here, I lived in New England, where citizens still make decisions about spending in small towns using the venerated “town meeting.” The citizens gather, usually on a Saturday in March, and vote on the proposed budget for the coming year. These meeting can take all day, or longer, because people get the chance to argue for and against each budget item. This leads to some interesting theater.

I remember when the local school district in my town was discussing a budget item to fund a new computer lab for the high school. I remember vividly an older gentleman, about 80 years old, in a flannel shirt and red suspenders, stand before the group and loudly proclaim, “We ain’t had no computers when I was in school, and we done turned out jes fine!” Of course, I thought, computers did not likely exist in his day. Nevertheless, there was a loud round of applause for this argument.

Why? Why are people so reluctant to change? Why is the “If it ain’t broke, don’t fix it” argument so popular? Well, I have to admit, sometimes it’s correct. Change for change sake makes little sense. On the other hand, sometimes change is a good thing, even necessary.

So what’s the problem? The problem is rejecting change, out of hand, without examining it. We are all programmed to resist new things. We are comfortable with tradition and routine. Change makes us uneasy. But we should avoid the temptation to resist change without examining the reasons.

This happens a lot in the workplace. When a supervisor announces a change in procedure or policy, the workers are almost always against the idea. Their opposition is very normal and should be expected. Often, however, once the change has been implemented, it is a good thing, and the same people who were opposed to it see its value.

Tradition is a good thing. Institutions like families, churches, and groups of friends find ritual and tradition very satisfying. Unfortunately, it can be used as an excuse to resist changes that might be beneficial. In the 19th century, Ned Ludd led a sometimes violent movement against the mechanization of the English textile industry. His followers broke into factories and tried to destroy the machines with sledge hammers. Needless to say, they were not successful in stopping the mechanization of their labor. Today, people who strongly oppose the development of technology, are called Luddites, in memory of Ned Ludd.

I am thinking to myself as I type this column on my laptop, how I was once a Luddite about computers and resisted using them. Once I learned about the advantages of word processing, of course, my resistance softened. And today, as a retired Mainer living in Mexico, I would find my life without a computer intolerable!

Religions are often accused of appealing to tradition to resist change. The celibacy requirement for Catholic priests comes to mind. But I can think of another, very different, example as well. The Dalai Lama, the leader of Tibetan Buddhism has suggested that we need to embrace change in all aspects of our lives. Buddhism teaches that we only have the illusion of permanence, and that all life is changing constantly. He has even made the remarkable claim that if science discovers facts that contradict Buddhism, then Buddhism must change. An extraordinary claim for a religious leader! If the Dalai Lama can embrace the necessity of change, then so can we.

Next month, I’ll examine our tendency to appeal to emotion. 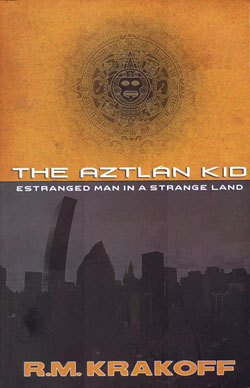 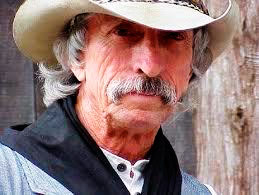