The Soldier And The Scarf 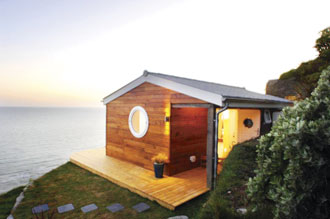 Harold stood in the doorway of the beach house inhaling the fresh sea air. It was going to be another beautiful day. The sand beneath his slippers whispered with each resolute step as he inched his way across to the porch swing. He hung his cane on the railing and sank, winded onto the cushions.

The beach was deserted at this time of year. It was low tide and out near the water’s edge, a lone figure stood. The wisp of a girl stretched her arms to the sky to greet the morning sun. Harold marvelled at the perfection of her lithe form beneath the sheer robe that blew in the morning breeze. A long silk scarf, the colours of the sunrise, fluttered around her face like adoring butterflies.

Burbling waves soon crept around her ankles. She turned to come in. When she saw Harold, she reached high to wave from her tiptoes, as if he wouldn’t notice her otherwise, but Harold noticed.

As she hurried towards him, a gust of wind snatched her scarf and it sailed out of reach. Each time she almost caught it tumbling down the beach, she was teased again. She laughed at the wind when she finally rescued her beloved scarf from a driftwood snag.

Breathless, she mounted the beach house steps waving her scarf high above her. “I caught it.” She settled down beside Harold and gave his knee a gentle squeeze. “Remember the day you gave it to me, my love?”

“I do.” Harold wrapped his gnarled fingers around her delicate hand. “It was fifty years ago today - the first time I said, ‘I do.’”