How Chastity Belts Are Saving America 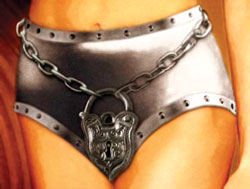 Rick Santorum has become the Anti-contraceptive candidate for President. The former Senator not only is against President Obama’s compromise on contraceptives for Catholic institutions.  He also believes, quite rightly, that contraceptives are immoral, even for married couples.

As he says, “One of the things I will talk about, that no president has talked about before, is I think the dangers of contraception in this country.  It’s not okay. It’s a license to do things in a sexual realm that is counter to how things are supposed to be. [Sex] is supposed to be within marriage. It’s supposed to be for purposes that are yes, conjugal…but also procreative. That’s the perfect way that a sexual union should happen…This is special and it needs to be seen as special.”

Instead of condemning him, we should celebrate his views.  Not only is he the most moral man in America, but he has also found the key to America’s recovery from the recession.   He has started a whole new industry in America—the Chastity Belt industry.

Most of us would agree that married couples having sex without the purpose of procreation is one of the great Presidential issues of our time.  But did you know that Santorum’s comments have already created thousands of new jobs.  Yes!  Chastity belt factories are starting up all over America.

I found this out late at night while lying next to my wife.  I was feeling evil urges, and started to play around.  My hands started drifting in a southerly direction, but were suddenly blocked by a metal obstruction.

“Isn’t it wonderful?” she answered. It’s my new Chastity Belt.”

“Chastity Belt?  I thought they went out with the Middle Ages.”

“No, they’ve come back. This is the Rick Santorum model.”

One side of the belt had the Ten Commandments written on it.  The other side said, “Rick Santorum for President. Bring morality back to America.”  In the middle of the belt, the true danger zone, it said, “Don’t even think about it.”

I must admit that my darker urges were aroused, but my wife reassured me that she loved me just as much as before and that our marriage would be the better for it.

“Think of the fun we can have with the different models. For instance, this is the Ronald Reagan model.”

My favorite was the Glen Beck Model. This one had a blackboard in the middle, with a chalk diagram linking Obama with Hitler and Sgt. Pepper’s Lonely Hearts Club Band.

The ones with music were also quite interesting.  Touched it once, and it played Get Over It by the Eagles.  I touched it toward the inside and a loud alarm went off, followed by a rendition of “I fought the Law and the Law Won.” Chastity belts are not only for adults. Inventive manufacturers are producing items even for pre-teen girls. They’re called Training Chastity Belts.  Don’t worry.

They haven’t forgotten about little girls either. Barbie dolls now come with miniature Chastity Belts.  I do notice that the Ken dolls have changed. Instead of a smile, he now looks rather depressed. I even heard rumors of some Ken dolls holding signs which say “Unfair” and “On Strike.”

After I divorced my wife (which had nothing to do with Chastity belts) I started dating again. I have developed a fool proof method of making sure I have no more Chastity Belt problems. I always do a first date at an airport restaurant.  So far, none of my dates have figured out my secret purpose in taking them to the airport. I figure it’s worth the extra time to make sure she goes through the metal detector 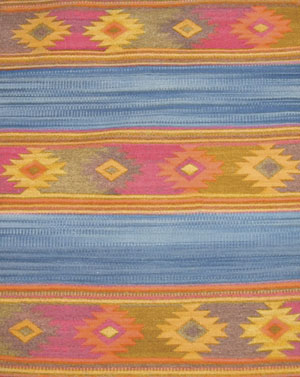