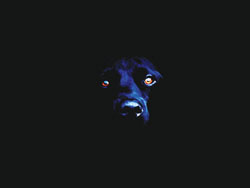 The villages followed one another like pretty sisters on their way to school. We were in the highlands, and the fields were blond with wheat. Here and there, as if they had been planted in error by Albino, banana trees shivered. They looked like they could use a drink.

As we drove on, we heard the most beautiful sound a human can hear: the sound of a river as it rolled over boulders through the jungle. We breathed the aroma of jungle like the scent of a woman–not intense, but announcing its presence, brought even closer by the brief songs of birds and fleeting drops of color from butterflies.

Soon, the trees grew taller, and their branches held orchids like giants bringing flowers to women they loved.

I saw, flying over the green canopy of foliage, what seemed to be four gigantic birds with stretched wings, blue and green, yellow and red, circling slowly, descending toward the ground looking for a branch or a rock on which to alight.

We had entered the land of men who fly like birds.

“It is the dance of el palo volador,” Emilio explained, “worth seeing even if we must deviate some from our route.”

We drove into the small town and left the Rover on a cobbled side street, next to a tiny store that reminded me of La Rosita. I wondered what had finally happened to Cisca and the Nazareno. Then I noticed the large bushy black dog that had its red eyes fixed on me. Emilio had walked away and was already far along toward the plaza. A shiver that felt like the blade of a cold knife pierced my loins. I brought my hand to my throat where as a child a medal had protected me, but my neck was bare.

It is El Cadejo, I whispered to myself, the infernal hound that haunted my childhood. The dog sat as if waiting, his red eyes still on me in recognition. Then, slowly he got up and came to where I stood frozen, sniffed my legs and lifted his own to squirt his foul urine on me.

I felt humiliated. Then my anger again turned to fear. My leg was dry, and, as the dog walked away, it cast no shadow.

Emilio waited for me at the plaza. He looked at me intently and shrugged his shoulders. “Maybe thou should be happy,” he said. “Thou seemeth to be getting quite a homecoming from all the devils of the land.”

“What else?” asked Uno. “What is unusual is that it came to you in daylight.”

I wished to talk more, to ask questions and understand better. But that would have to wait. The spectacle before me in the plaza was so fantastic that it almost broke the boundary of reality. A straight pole, which was higher than the church’s steeple, had been planted in the center of the plaza; a fragile platform at the top held four ropes, and from them, their feet held in loops, four men flew in a wide circle as in a magic spiral. They were dressed in feathers of brilliant colors, and their arms moved like the wings of birds as they slowly descended.

When they landed, each stood at a point of the horizon, east and west, north and south. The village elders dressed in short black jackets and black trousers reaching to their knees, held by a purple sash and with their heads covered by the ritual tsutes, approached them in respect to offer aguardiente and kernels of roasted maize.

It had been a ritual dance, el palo volador, the flying pole, or the “Dance of the Monkeys.” The name was of no consequence; it was given only to describe the performance.

“Not much of a name,” Uno said, “but perhaps this is how it should be. One could call them Hombres Pajaros, but that would make it circus-like, like the Flying Wallendas, the trapeze artists who would get shot out from a cannon and land on a net. This is totally different. This is an ancient ritual dance, perhaps from before the times of the seventh Nahuatl tribe. I don’t know its meaning, and the very few who do know it won’t reveal it to me.”

“What do they fear?”

“Mysteries lose their power when they are divulged.”

“But El Cadejo came to me in broad daylight!”

“No one can predict what El Cadejo does. He is a benign, infernal creature, which seems a contradiction. But Lucifer was an angel before he was thrown from Heaven, and perhaps some of the good qualities stuck to him. Don’t ask me difficult questions; theology was never my forte. The fact is: El Cadejo often protects drunks when they are lost at night or in danger of attack by robbers. He often came to play with you when you were a child, and he seemed happy today when he recognized you. Dogs, you know, mark with their urine what they regard as theirs.”

“Only in appearance, and even then he has the hooves of a goat.”

Emilio became all at once preoccupied and restless like a cat prescient of an earthquake. He held my arm and walked me back toward the car.

“We must get out of here and make it straight to the border,” he said in an urgent tone.

I didn’t protest; I trusted Uno. I myself sensed the town had become alien and unfriendly as if it had caught a chill. Then, like a hiccup, came the ugly sound of automatic gunfire in short blasts, and the hurried anguish of villagers running for cover.

Soldiers quickly closed off the streets. They blocked the exits of the plaza and surrounded the church and the school building. The village people, in their colorful fiesta finery, milled into tightening circles. I thought of the agony of dolphins caught in a gill net.

The soldiers, indifferent to despair, separated the young men from the old, as if they were fish. It was the levy. The army needed recruits to continue its fight against the guerrillas.

Land Rovers always start when you really need them. El Sargento Feliciano Velada examined our papers and waved us away.

As we parted, I gave him the finger. It wasn’t like me to do that, but he must have thought it was a good luck sign, like V for victory. 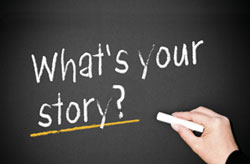