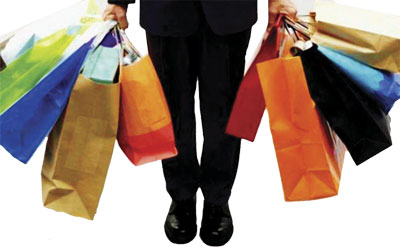 I fled to Mexico to get away from them and their control over me. They were taking my money and sanity. They had a chokehold on me. I had to get away. But the nightmare is over. I am free, free I say, of infomercials. It’s because of those damn, addictive infomercials that I’m broke. Penniless. Destitute. You know, “Buddy, can you spare a dime?” “Spare change, Mister?” “Will work for food.”

It’s my own fault. I know that. I’m not blaming the cheery, determined television pitchmen who sell their wares through half-hour infomercials or short one-minute mini-mercials at all times of the day and night. I blame myself for being weak, gullible, financially irresponsible, and a sucker.

It all started when Dan Aykroyd demonstrated that Bass-O-Matic in a spoof of infomercials on Saturday Night Live in the 1970s. I couldn’t resist. Maybe it was the pot I was smoking. Maybe it was greed, materialism. Maybe it was stupidity. But I called NBC and ordered one. Several days later, a blender mysteriously arrived with a large rubber fish crammed inside. But that fish-filled blender served as my gateway drug into the addictive world of infomercials.

I don’t remember all the items I bought during the next years. I just have flashes of hanging upside down in gravity boots in the bathroom doorway of my cramped efficiency apartment. I vaguely remember aerobicizing, in designer leg warmers, to a Jane Fonda video.

And I have a vision of waking up surrounded by piles of Susan Lucci’s Youthful Essence cosmetic cases. I don’t remember buying them. Why I did is a mystery. I don’t wear makeup. Except on Halloween and Saturdays. I have a cloudy memory of struggling to get up, stepping over the makeup kits, tripping over a gaggle of state-of-the-art hair driers, stubbing my toe on a George Foreman Grill, falling, and hitting my head on a Suzanne Somers Thigh-Master.

But that fall, apparently, was a wake-up call, because when I came to I found an inner discipline and went for several years without responding to any infomercials. That monkey, I thought, was off my back. Until that fateful Friday night when I saw those damn darling hoodies with the chimpanzees straddling the shoulders. It would have been bad enough had I bought only one, but I purchased one in every color. Even the see-through one. The one that exposed my Kymora Body-Shaper. The body-shaper that restores one’s youthful figure, hides all panty lines, and makes it impossible for the squeezed-in wearer to perform basic physical tasks, like hanging upside down in gravity boots or bending over to put on Mop-Shoes, which, I should point out, failed to pick up the dust on my wooden floors as promised!

I was drowning in my addiction again. Drowning in SuperBeets energy drink. Drowning in imported bubble bath made from Nepalese yak bile. And drowning in debt. But luckily, my friends recognized my need for help this time and held an intervention for me at my apartment. Well, I should say tried to hold an intervention for me. They couldn’t get in; the piles of boxed Bedazzlers, Ab Roller Exercise Wheels, and Ove-Gloves I had amassed blocked the door. So, they went home. I turned on the TV and wrapped myself in my burgundy Snuggie. I actually liked my light blue more, but I felt when I put my arms through that blanket’s sleeves, it made me look fat.

Before I knew it I had ordered the Bob the Big Mouth Bass wall-mounted wiggling, singing fish. I should not have done that. It was a mistake. But mounting it on the wall was a snap with my Little Giant 24-in-1 Ladder.

Then I purchased Cathy Mitchell’s Red Copper 5-Minute Chef stick-proof, self-washing cookware. And two or three sets of Ginzu Knives. Those were pointless purchases because I hadn’t cooked since I bought the 10-year supply of pre-packaged dinners from Nutri-Crap. Thank God, I have a microwave. Well, actually I have 12.

My next purchase, however, made more sense. I couldn’t resist the Lavender Pillow with its calming scent. But its aroma, it turned out, had a negative influence on me and I awoke at 3:00 a.m. disoriented and light-headed. I became ill and couldn’t go back to sleep. So, I turned on my TV. The next thing I knew, I had bought a Bamboo Bra. OK, I bought a case of Bamboo Bras. Obviously, I don’t need bras. Well, except on Halloween and Saturdays

But that was my final infomercial purchase. As a result of that horrible experience, I now become ill whenever I smell lavender or see an informercial. I believe it took that trauma to cure me of my addiction. I haven’t bought a single infomercial item since.

I could go on, but I have to stop because Danny DeVito will be selling his Limoncello on The Home Shopping Channel in a few minutes. I have to buy a 10-year supply to wash down my Nutri-Crap dinners.