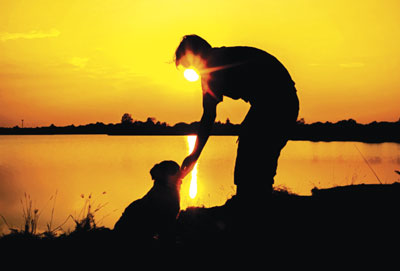 Billy was mute but was without other physical problems; he could hear, and he could communicate—after his fashion.  Camarillo State Mental Hospital indicated a diagnosis of paranoid schizophrenia and, though never verified, his having witnessed his father killing his mother. There was speculation that the father may have threatened to kill Billy as well if he ‘told.’  The records held little more of substance.

Billy, in his early twenties, was a resident at L.A.’s  Beverlywood Aftercare Center, one of the open psychiatric halfway houses in California emerging in the 70ties when locked institutions were spewing out revolving door patients into a world where they could barely function. I was Billy’s volunteer counselor; I connected with him through a work/study program, affiliated with U.C.L.A  and VISTA, President Johnson’s “Volunteers in Service to America,” a one-year, full time commitment. My on-going work with a documentary film company had been suspended temporarily and I leapt at this opportunity to fill the hiatus. I would divide my time between the Center and a four-quarter course at U.C.L.A. leading to a Certificate in Social Services. This tied in beautifully with earlier graduate work at the University of Chicago and recent in-patient hospital volunteerism in the mental health field.

Billy, in his early twenties, was boyish and fit, with a wining smile and expressive blue eyes which sometimes hinted at a sense of humor. His grooming, including a mop of thick blond hair, was exemplary, and he kept his part of his shared apartment ship-shape, one of a cluster of converted bungalows which made up the Center.

Yet Billy had a short fuse, a clue as to Camarillo’s diagnosis. There were occasions when, suspicious of male residents’ intentions, he picked fights with them, sometimes violent ones.  Though seldom justified, his acting out seemed motivated to protect the ‘honor’ of the women residents; was this something he had been unable to do for his mother?

We offered myriad activities at the Center, but Billy’s self-imposed silence made socializing near impossible. Although he chose to take solitary walks away from the facility, sometimes far afield, he didn’t quite fit Camarillo’s stereotype. He returned for his medications at the scheduled hours, consumed his meals with gusto and never missed his appointments with me. Such as they were. I never leaned on him and initially worked only at gaining his trust.

He was an attentive listener and communicated appropriately through body language, animated facial expressions and lively gestures; pencil, and paper were always on hand, with reading materials to share. I made it clear that if he didn’t want company on his neighborhood junkets, I would leave him be.

Then things changed. After one of his walkabouts, a buoyant Billy returned to the Center with a small, yellow dog trotting happily beside him. The little stray was a friendly, tail-wagging character of indeterminate breed, and it became clear that Billy meant to keep him, for their bonding was immediate. No pets, however, per City health codes, were allowed at the facility; we risked a fine, or worse, loosing our license—and the dog. Billy kept him under wraps, nights secreted under his bed.  He scavenged scraps of food from the dining room and slipped them to a grateful animal, and he scrupulously disposed of any tell-tale poop.

Billy’s exploratories around the neighborhood continued, now with his canine as companion, but he also started spending more time at the Center. Once ignored by his fellow residents, Billy, with dog in tow (but out of Administration’s sight), had become a person of importance, and he lapped up his new-found popularity. Predictably, however, exuberant barking betrayed them, and I was summoned to the Office.

I was on cordial terms with Brian, the Director, but he shook his head over my collusion with the duo, reminding me that he was accountable to City higher-ups.  “But Billy’s socializing!” I exclaimed. “Look how he’s changing. We can’t take the dog away from him!” Brian tried protesting, but I persisted, pointing out that we’d been inspected only weeks earlier. “No inspector’s coming back for another year. Who’s to know,” I said, then added quietly, “Billy loves that animal.”

I won the day; the dog would not be dispatched —“for now,” Brian had emphasized. I left the Office with thumbs up, but Billy, ever mute, understood, if not altogether willingly at first, that Administration’s requirements were provisional and non-negotiable:

~ No dog in apartment. Billy, balked but minimally. He fetched a box from the trash, put an old t-shirt shirt of his inside it, and sheltered it outside by his bedroom window.

~No dog in dining room, no scraps from plates, no licking up spills from floor, no begging in kitchen. Not so easy. How would Billy obtain his foundling’s food?

~ Billy was to create signs for posting in the neighborhood. He was not happy with this one, and a brief lecture by me on the importance of showing ‘good will’ followed.

Billy would finally comply when I suggested that probably the dog had been abandoned, but if not, he could offer to help its owner. Billy’s sign—I would add the Center’s telephone number—read:  “FOUND — Little Yellow Dog. He is hungry so I am feeding him. If you want, I can walk him for you. Contact Billy.”

I provided kibble for a limited time, but ultimately food was Billy’s responsibility, and he was flummoxed. His stress level mounted, and he repeatedly reached for his cigarettes. Yet cigarettes would lead to a win-win solution. Part of Billy’s monthly Social Security Disability benefits went towards maintaining him at the Center; the balance was his for pocket money.  “Billy,” I asked, “you’re smoking a lot these days. What’s that costing you out of your SSD?”  Billy pondered, then presented a calculation.  “Well,” I said, “ how much dog food would that cigarette money buy? Find a pet store on one of your walks and check it out, maybe see about cleaning cages or sweeping floors for extras. Think about it.” I could see wheels turning as Billy ended the session.

For my part, I ran some interference. While my documentary producer travelled the world scouting locations suitable for under-water filming, I searched a nondescript L.A. neighborhood for pet stores—and found one. I explained to the proprietor, with psychiatric detail simplified, that a nice young man with a speech deficit might be coming in for a ‘talk.’

Time passed, and our plan fell into place—with Billy nicotine-free! The day had come to ask: “You haven’t picked a name for this little guy.” I pointed to his pal who was snoozing nearby. “Some folks are calling him ‘Mutt,’ I teased.  Billy rolled his eyes in mock disgust; his buddy was no ‘mutt.’ “What about it? Give me a name.”

Billy gazed heavenward in contemplation. I picked up a pencil and, for no particular reason, scribbled: “The quick brown fox jumps over a lazy dog.” Billy craned his neck to have a look.  “Every letter in the alphabet appears in that sentence,” I informed him. Did he care? No. A little smile had told me otherwise.

Billy took the pencil, dramatically x’d out “lazy,” then, “brown fox,” and wrote his own abbreviated version: “Dog jumps quick.” Billy cocked his head towards his animal, and with the name he’d chosen on his lips, called out—called—in a sweet, clear voice: “Dog.” Dog twitched his ears, shook himself awake, then made for Billy at break-neck speed, and, jumping onto his lap, looked up at him adoringly. Billy had spoken; he‘d broken his silence.

Note: Day Dobbert is a self-isolating ‘single,’ who, in the midst of Covid-19, shares her home with two doting kitties, born in her garden at the height of last year’s rainy season; their starving, feral, but protective mama had sought refuge for herself and her litter amongst thorny bougainvillea foliage. Day cannot imagine how she’d fare in these stressful times without her foundlings’ companionship and believes rescue animals especially enrich the lives of their caretakers. For Billy, she says, Dog’s unconditional love was probably the first he’d ever known.