The Perilous Lives Of Sea Turtles 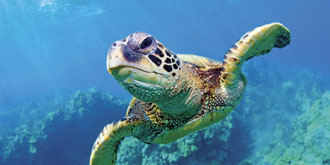 On May 30, 2013, Costa Rican activist Jairo Mora set out with four volunteers to patrol an especially dangerous stretch of beach, intending to protect leatherback turtle eggs from poachers. Mora had been harassed and attacked before because of his activities. People like Mora do what they do at great personal risk.

Next morning, his battered body was found on the beach, where he had died of suffocation after being dragged back and forth behind a vehicle. One of his female associates had been sexually assaulted by the same attackers. A Costa Rican court later convicted four of the seven attackers of murder and handed down 74 to 90 year sentences.

Nearly all of the world’s sea turtles are listed as endangered. In the US, stronger laws are in effect to reduce the poaching of turtle eggs, but it is a thriving trade in such Central American nations as Nicaragua and Costa Rica. Turtle nesting is more common along Central American coasts, leading to greater instances of poaching. Poachers can earn anywhere from fifty cents to two dollars a dozen for the golf ball sized turtle eggs. Many consider turtle eggs to be a delicacy. They can be hardboiled or gulped down raw, like oysters. Sometimes they are cracked and poured into glasses of beer.  The eggs of leatherback turtles bring huge profits on the black market because those insecure in their masculinity falsely consider them an aphrodisiac.

Special turtle patrols have been hired and trained in some areas, but the work is frustrating and all too often dangerous.

The threats to sea turtles are many. In the US, the shrimp trawler industry along the southeast coast kills an estimated 53,000 turtles annually.  Shrimp trawler nets harass and injure over half a million each year.  Turtles swept to the surface in shrimp nets suffer such severe narcosis that their internal organs sometimes explode, and their eyes pop out. According to Ted Danson’s book, Oceana: Our Endangered Oceans and What We Can Do to Save Them, ten pounds of non-target marine creatures are captured and thrown away for every pound of shrimp that is netted.

As always, human cruelty and carelessness is a factor. The Oceana organization recently reported an incident in which a careless tourist picked up an infant turtle, held it under the blazing bright light of recording phone and then tossed it back on the sand, subsequently blocking its way to the sea. In the summer of 2010, while I was working as a park ranger at Fort Raleigh National Historical Site near the Outer Banks of North Carolina, the staff was shown photos of a female turtle crushed and splattered all over a nearby beach by a speeding ATV. Some locals and visitors were angered by park service restrictions on ATV use during the nesting season.

Other threats include polluted water and beaches, seismic blasting in search of undersea oil and gas deposits, dangerous fishing gear and plastic debris. The Ocean Conservancy reports finding a turtle with a plastic straw stuck in one nostril, another with a fork in its nose.  Consumption of plastics is a further threat, with an estimated 52% of turtles found to have plastics in their stomachs; perhaps as many as 62% of the world’s sea birds also have consumed plastics.

In response to a suit by Oceana, the Obama administration recently agreed to issue new rules by December 15, 2016, to save thousands of sea turtles from shrimp trawl nets. The rules will determine to what extent fishing in the Southeast threatens turtles with extinction, monitor fishing impact on turtles, and place limitations on the number of turtles that can be caught and killed.

Turtle exclusion devices (TED’s), metal grates that allow non-target species to escape shrimp nets, promise a 97% success rate in saving turtles. Ultimately, it is hoped that TED’s will be required on all shrimp trawl nets.

The ancient Greeks defined a hero as one who suffers great loss, endures great hardship, or sacrifices much on behalf of a greater cause. There are many environmental heroes.  The names Diane Fosse and Chico Mendes come readily to mind.  Leroy Jackson, Pierre Achille Zomedel and Jairo Mora are names less well known. All too often they make the ultimate sacrifice in their quest to save endangered species of wildlife and the habitats that sustain them from the soulless advance of unrestrained industrialism and commercialism and the careless, violent infractions committed by vandals and poachers.