There’s More Than Tacos at the Taco Stand 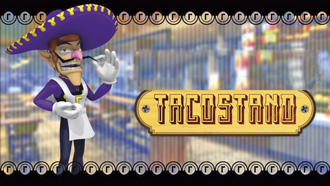 I’ll have to admit that, when I first arrived here, I was a little wary of the taco stands. I’ve since learned that a trip to a taco stand can spice up your taste buds, if not your life. Maybe you’re intimidated, like I was, because you’re not sure about the cleanliness, what to order, how to order it, and how to eat it without embarrassing yourself.

Frankly, I’m more intimidated by the menu and food at Taco Bell.

The best way to find a good taco stand is to follow the locals. Generally, their concerns about quality and food safety are the same as yours. If you see lines waiting to order and be served, most likely its product and reputation are good.

Most foreigners stick to tacos at the taco stand. They probably don’t realize there’s a lot more variety available. Did you know you can order items like quesadillas, gringas, campachenas, vampiros, or tortas? Sounds confusing? Don’t worry. All of these concoctions are variations on a theme.

So let’s introduce you to all these yummy choices starting with tacos as made in this area. Mexico is a very diverse country, and there are lots of regional and family variations.

Tacos here are made with soft corn tortillas, warmed on the grill, and filled with a meat of your choice. The meat is cooked on the grill and chopped before it’s heaped on a waiting tortilla.

The meats are mostly beef (res), chorizo sausage, and pork (puerco, carnaza, and adobada). More exotic are tacos de cabeza that use all the parts of a pig’s head from ears, tongue and lips to eyeballs and more.

If you add grilled cheese to your taco, you have a campachena. It’s a few more calories, but the cheese adds a gooey surprise. Vampiros are like mini tostados. In this case, the corn tortilla is allowed to crisp on the grill until the sides curl up into a little cup. The cup is filled with cheese and meat and heated until the cheese melts. These delicious morsels are not to be mistaken with the pink drink of the same name.

Foreigners are familiar with tacos dorados or barbacoa found at the tianguis or on the plaza on Sundays. These start with stewed meat that is put into a tortilla, folded over and crisped on the grill until golden.

Tacos al pastor are cooked on a vertical spit like gyros. Thin slices of pork are layered on the spit with onions and pineapple and their juices flavor the meat as it cooks. The cooked meat is sliced off.

You can add an array of condiments to your taco. Usually they include chopped cilantro and onion, radishes, cabbage or lettuce, beans, an assortment of pickled vegetables, and of course the ubiquitous salsas of various heat. It will come as no surprise that a few tacos can make a filling meal.

If you want to venture further afield, a good bet is to order a torta. Tortas are grilled sandwiches made with rolls (bolillos). The rolls are smeared with crema and toasted on the grill with shredded cheese. The cheese melts into the bread, and meat of your choice is spooned on top. When you add condiments to your torta, you have a feast. And the experience in your mouth is magical. The combination of tastes is much greater than the sums of the individual ingredients.

We’ve all seen the road signs for tortas ahogadas. They’re a little bit different - a Mexican version of a pulled pork sandwich found up north. They’re made with chopped carnitas, pork that’s generally cooked in vats of fat until it falls apart. The chopped pork is heaped on a roll and doused in thin gravy.

Quesadillas can be found on the menus of many north American restaurants. Most taco stands here can make them. They’re made with flour tortillas, filled with cheese, folded over and grilled until the tortilla is crisp and the cheese is runny. If you put chicken, meat, or shrimp in them they become gringas (which is also the name of a female North American).

Are you still intimidated? Armed with this information, you should be able to navigate most taco stands. But, if you’re still not sure what to do, just observe what the locals do, follow their lead, most of all have fun. Buen provecho! 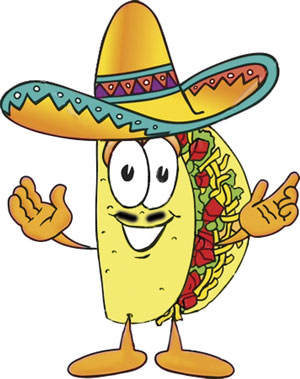 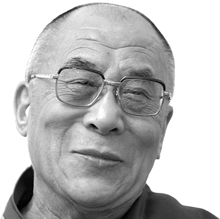