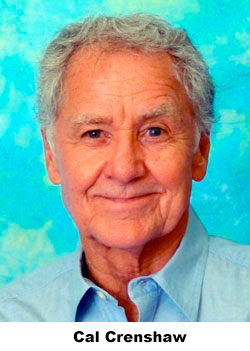 Brother Isaacs was a tall thin bible-thumping circuit preacher from Ozark County Missouri, who having fled the bounds of matrimony in the spring of 1889, migrated to the northeastern part of Indian Territory.

When it came to timing Brother Isaacs seemed to always be an hour late and a dollar short. He missed running the “Land Rush” by four hours, thus missing his opportunity to lay stake to some of the free homestead land in what was to later become the state of Oklahoma, which in Indian means, “Red Man’s Home.”

Feeling grateful for having been spared the toils of farming, Brother Isaacs felt compelled to accept what he felt to be the Lord’s calling to preach the gospel to the lost souls in and around Adair County.

Adair County is located in the Northeastern part of Oklahoma, in the midst of what was once the great Cherokee Nation. It later became well known as the Strawberry Capital of the World, being indigenous to the rocky hillside terrain, along with anything else nurtured by pebbles and rocks.

On the third Sunday of every month, Brother Isaacs would come and bless the community of Stony Point with his presence, preaching the gospel of the Lord. Stony Point Community Center was a large one room structure resting peacefully among the trees and foliage just north of the west fork of Cainy Creek.

The building was constructed of raw unfinished lumber, which gave it a natural and unique flavor all it’s own. The roof was of galvanized corrugated tin, which frequently echoed the pitter-patter of little squirrels as they darted swifly over it’s hot surface.

Dirt daubers and yellow jackets always nestled in the rafters, rarely showing any signs of life excepting when the congregation disrupted their peaceful slumbers with their clapping of hands and tapping of feet, keeping time to the beat of the age old spiritual hymns, led my Uncle Bill who’s musical credentials lay in his ability to hum a beautiful “C” note, which enabled all to sing in some sort of unison.

The window seats, being the favorite of the men folks, were permanently stained with tobacco juice. Women and children were more of less condemned to the center of the rough hewn pews. One quickly learned to be most careful not to “scoot” along it’s surface, unless you were adroit at picking splinters from that part of the anatomy which made extraction most difficult, not to mention embarrassing.

Everyone dressed in their Sunday-go-to-meeting clothes, which for the most part found the men in clean bib-overalls and white shirt, buttoned at the collar and the women in gingham dresses.

When Brother Isaacs felt the time was ready, Uncle Bill would call everyone inside. After the opening hymn Brother Isaacs took center stage and always begin a tirade on Satan, sinners and the resulting eternal punishment. A young lad could quickly relate to eternity as that is how long his expositions seemed to linger.

On this particular Sunday, Brother Isaacs began by vigorously attacking the evils of Satan, temptations and sin. Mention was made of radio, which immediately brought my mind to Terry and the Pirates, The Green Hornet, Long Range and Tank Tinker… all my favorite programs. A few uttered amen’s from the congregations quickly brought my mind back from my ride with the Long Ranger and Tonto.

His bombardment of old Satan had now included the subject of lipstick, powder and rouge, and the Lord’s disapproval. Brother Isaac took this moment to elaborate on hell’s fire and damnation by taking a match from his overalls, raking it across his right leg bringing it to sudden flame.

Holding the burning match at eye level and squinting like Long John Silver, he began to expound on the perils of eternal punishment, which made a lad quickly visualize what hell must be like.   I immediately decided that I wanted nothing to do with lipstick, powder and rouge.

After what felt like eternity, Brother Isaacs turned to Uncle Bill and called for the closing hymn. With a welcomed sigh of relief we all turned to the requested page and, after Uncle Bill’s trusty “C” all joined in the singing of “All You Lost Sinners Come Home.” By the end of the fourth verse, Brother Isaacs was successful in bringing two more lost souls into the Lord’s fold.

After the closing prayer, the congregation joined in giving praise and thanks to Brother Isaacs for his marvelous message. Grandpa had meanwhile assembled his chosen people for the ritual Sunday dinner at his house. Fried chicken, mashed potatoes , gravy, green beans, corn, biscuits and last, but not least, fresh apple pie.

As always, the women folks all joined in the preparation of what this day was to be a special pre-baptism feast. Feeling all grown up at the age of eight, I went out to the yard where the men were assembled, all in a squatted position, Indian fashion, behind Cousin Olin’s 1936 black Ford coupe. All were attentive to Brother Isaacs adventures in World War One. He was among the liberating dough-boys of France, having served in the famed 42nd Infantry “Rainbow Division, with Sergeant York.

The story was accentuated with a bottle of Jack Daniels, contributed by Cousin Olin, and was being eagerly passed from one thirsty soul to another. Needless to say, Brother Isaac’s recall was greatly enhanced by the contents thereof, and having reached a memorable point about the French Girls in his adventures, I was hastily dispatched to the spring house to fetch some cold water to smooth the trail of the “demon rum.”

On the way to the spring house I could not stop thinking of how much Cousin Olin looked Errol Flynn. Olin was always a welcome guest in any group. Women all took notice when he entered a room. His reputation was greatly enhanced also by his frequent trips into Arkansas to insure the dregs of the demon barrel were never reached.

Upon filling the bucket and returning, I discovered much to my chagrin that the war had been won, the armistice signed, and the doughboys returned. However, I was made privileged to be in attendance in hearing Brother Isaacs speak of his two Sons, both of which had fallen into the clutches of Old Satan, and later the penitentiary at McCallister.

One Son had apparently forced his physical attentions upon a sweet young lady on a Saturday night after a Gene Autry movie and the other had helped himself to the contents of a cash register while the proprietor was pumping petrol into the tank of his car, which later discovered not to be his 1933 Ford.

Brother Isaacs displayed impeccable timing. The stories had concluded the bottle finished and dinner announced. I quickly volunteered to dispose of the bottle, which of course, I never intended to do. My Brothers and I would have great use for it later. After all, a cowboy needs a drink now and then. He could belly up to the bar and order another round for the house, just like John Wayne.

After dinner and fresh apple pie everyone adjourned to Cainy Creek for the glorious baptismal event. The waters of Cainy Creek were always crystal clear, excepting of course in times of heavy floods. It was always a thrill to fish it’s waters, as one could watch the fish swim to the bait. One could also experience extreme frustrations at times when the fish just calmly checked the bait and swam off.

One could sometimes find Indian arrowheads along it’s banks. My brothers and I had six of them. I also marveled at the agility of my elders as they walked the foot log stretching the creek. At times of flooding the log was first to go. One then had to use the fence stretching across the creek. Lumber was always attached to the bottom as an anchor and one could hold to the fence and “walk the plank.”

On this day, everyone gathered on the south bank and after a word of prayer and four verses of “Shall We Gather At the River” Brother Isaacs stepped into the clear flowing waters of Cainy Creek. My Brothers and I had climbed out on a branch of an elm tree stretching over the waters. Brother Isaacs then beckoned each of the proud souls, one at a time, into “River Jordan” raising his right hand and announcing each eager convert to the Lord before dunking them into the water.

This memorable Sunday in late July left an indelible mark upon me and my brothers as we were all three baptized four years later. Unfortunately though it was in the winter solstice, inside a church, in a baptismal tub, and without the colorful Brother Isaacs.

Brother Isaacs had gone to meet his maker the preceding autumn when he stepped off a bus just east of Salisaw onto a fallen electrical high line wire recently erected by the local electrical company.

(Ed. Note: From such a rural deep background, Cal Crenshaw went on to earn a college degree, later became a character actor of some note in Hollywood and eventually moved back east, where he became an executive with the Wells Fargo Security Organization. Both of his children are college graduates, and his grandson will someday be headed for college himself. Only in America!) 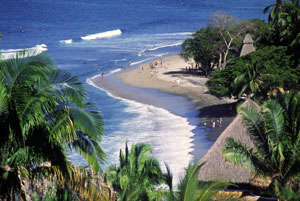