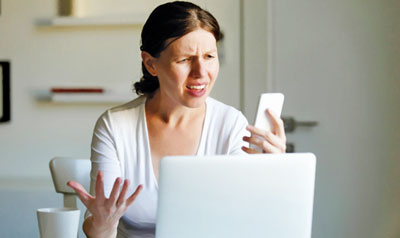 Full disclosure: so did I.

I first noticed the insipid insurance world, when my Grandmother had been in a near fatal auto accident when she was 73. Both of her ankles were nearly severed, and she had them rebuilt. As part of her rehab program she had to have special shoes made. Her insurance company denied it. I asked to look at it, and the reason it was denied. Pure bunk. I told her: don’t take “no” for an answer. We appealed and they did pay.

When I met my husband he was suffering, and he had a lot of medical bills.  Over $15,000. But he had a “Cadillac” insurance policy. Best policy available. I read the Explanations of Benefits for each declined payment, and again, found them to be pure bunk. My conversations with his insurance company went something like this: “I am calling about EOB #38720B12. Here you decline payment for the MRI on his right knee. You claim you have no referral number. Now, I’m not sure about you, but in what world does someone get up and decide to have an MRI and walk into a facility and actually get it performed without a referral number? So, you and I both know the referral number is out there, so let’s find it. No hurry, I’ll wait. I have all day.” They found the referral, and that was cleared off his charges. It took me a while, but I got every penny they were charging my husband dropped off his bill. It took a lot of time.

It is a scam. Insurance companies are looking for any way possible to deny every claim. They put the people through so many hoops that eventually, some people just give up and pay themselves. Grandma didn’t think she had the right to appeal. It’s from a company, they know best. No, they know how not to pay out. They know how to wear people down. They know how to intimidate people.

It is especially sad, that at a time when people are dealing with horrendous stress, major or minor injuries, are vulnerable and in need of the services they have paid for, they are denied. Or when a surgery must be performed, as with my husband, the company denies coverage. We are-- sick, dying people, broken by years of illness, worn by years of caregiving, and stuck within the insurance company’s avarice greed. My father is rotating in his grave.

Insurance in the United States, is the last unregulated industry there is. I think it is time we take a look at it. Because everyone I know is affected by these companies. I feel sorry for the people who work for them, and the people who are forced to use them.

[Correction: In last month’s editorial I told motorcyclists to pass on the right side. It should have read the correct side.  In Mexico, they are supposed to pass on the left side, as a normal car would. And not pass on the right, or weave in and out of traffic or drive between the lanes.]