NO COUNTRY FOR OLD ACCOUNTANTS 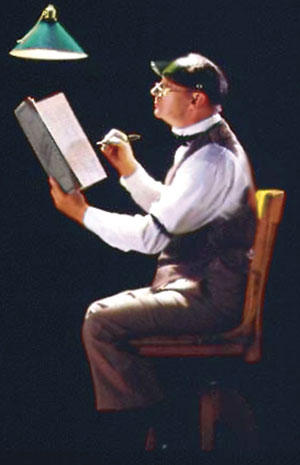 Donald Parker kneels behind cases of Zingers, sweat rolling off his face, hiding from security guards and hears police sirens. He’s fearful of being caught but more concerned about having a heart attack and dying like this…hiding from cops in the Topeka Dolly Madison Warehouse. Donald is not a criminal. He’s an accountant. He’s placed himself in this unlikely situation and he can’t catch his breath.

Just a week ago, Donald had been satisfied with his life and would never have considered breaking into a business any more than he would think of jaywalking across Washburn Avenue. Donald is a model twelve-year employee at the Accounting Center Inc.

As a CPA, his personal achievement is to balance at the end the day. There’s nothing else that seems to matter to him—just a balance sheet full of cells, data bars and equations.

The prominence of his 40th birthday has caused Donald to take a long, hard look at this life. He sat alone in his small, neat apartment, sipping red wine, trying to ascertain when and why his life became such a ritual of tedium.

Donald thought back to his school days, attempting to codify the events where his life turned into an arrangement of laws, rules and principles. The cold hard truth struck Donald like a bolt of icy air - he had always been this way. Always quiet, soft-spoken…and dull. Since as far back as he could remember, he’s always been an accountant, more concerned with numbers than with people? more concerned with a balance sheet than feelings.

How could he break out of this pitiful mold of dreariness?

Donald scrutinized his apartment as if for the first time…small yet comfortable, a stereo, two book cases. The dining table for four had never seated more than one. In his closet there was a sea of monochromatic suits, slacks and shoes. Nary a casual shirt, short or sandal in the lot. In the bathroom, no cologne, no hair mouse, no teeth whiteners … but lots of deodorant, mouthwash and acne cream.

Donald felt doomed to depression. The reality he had heretofore ignored attacked like an invasion of locusts. Into the mirror he said, “Donald Parker, you are a big, fat bore.” The image Donald saw fed back the words as, “Donald—Parker—you—are—a—big—fat—bore.” “Shit, when I speak it comes out as one—word—at—a—time.” Donald had lain awake that night knowing he must do something with his life.

At work the next day, Donald walked into the office of a colleague, Brent Tucker, and asked if he could join him for lunch. Donald never asked anyone to lunch. Tucker said, “Sure, why not?” and they set the time and place.

Donald singled Tucker out as the eligible bachelor type, a man who worked hard, but played harder. Donald had seen more than one female pick Tucker up after work. Never one for hallway gossip, Donald was aware of at least one office affair between Tucker and a regional manager from the Kansas City office.

That morning, to begin altering his non-existence, Donald adorned his beige business suit with a red tie. Tucker noticed this as Donald entered Frances O’Dooley’s Irish Pub & Grille and said, “What’s with the tie?”

“My new look, Tucker. What do you think?”

Tucker grunted something and buried his head back into the menu. “Did this place raise their prices again?” Tucker was a spendthrift and lived beyond his means. He chased women, the stock market and invariably failed them all. Donald wondered how two completely opposites could both become CPA’s.

Tucker finally looked up and asked, “What’s up, Parker?” Tucker seldom thought about his coworker. Donald Parker was just another square dude in an office full of square dudes. Those nerds had always given Parker an edge with women in the workplace.

While Tucker was a pretty ordinary looking guy, the juxtaposition between the eggheads and himself was so pronounced that he seemed witty and debonair by comparison. “The red tie is just the beginning, Tucker.”

“What beginning are you contemplating—hanging yourself?”

Donald laughed uncomfortably. “Look Tucker, I’ve been thinking about who I am and I’ve decided to make changes in my life.”

“Jeez Parker, I didn’t know you had a life.”

Tucker was cruel and Donald knew that he would have to take crap from him. He needed to toughen up and this was his baptism. “The problem, Tucker, is that I don’t like my life…and I’m coming to you for guidance, man. Are you going to help me, or should we just make small talk about work and eat lunch?”

“I’m not sure what you want from me, Parker, but if you want me to listen to your pathetic story, it’ll cost you lunch.” Donald looked at the pricey menu and then back at Tucker, “Sure, whatever.”

Donald began to spill his heart out to Tucker, who remained silent while his eyes searched the restaurant looking for a pretty face. Following Donald’s confession, Tucker paused, looked directly at him and said, “I have three words of advice for you: Professional -Speed -Dating.”

“ Listen dude, in our office Will Pultz met this babe at one of those  sessions. They get 20 guys and 20 girls in a room, they each spend three minutes one-on-one, and pick out who they want to date. It works.”

“Man, I’m not sure I’m up to all that pressure. I mean, I barely talk to women outside of the office.”

“Hey if you make a jerk of yourself, you’ll probably never see them again. It’s worth a try, and anyway, you need to end this hermit lifestyle fast. Parker, you have nothing to lose, man.”

“Tucker, did you ever try speed dating?”

“No man, what do you think I am, a loser?” Lunch concluded and Tucker, man of his word, left the check for Donald, who calculated that Tucker’s share came to about $10 per word of advice.

An internet search revealed the one and only Speed Dating service in Topeka. Donald logged in, filled in his personal information, processed his credit card and set his session for next Wednesday night. He needed some time to retool his wardrobe and think about topics of conversation.

Following a trip to the mall, Donald showed up dressed in Dockers, a sweater and sport coat from Eddie Bauer. He assessed his appearance. Just a shade over six feet, he had all his hair. He was relatively thin due to a bachelor’s diet—mostly salads and pasta. He was 39 but in his new casual duds might pass for…well, maybe 38? He had money in the bank, his car was paid, no ex-wife or kids. He guessed he wasn’t the worst catch in the gene pool.

He entered the private room where the Speed Dating ritual was about to commence. Big timer clocks were set to buzz. Afterward, the Dating Coach explained, you can e-mail each other at the web site.

Donald met all sorts of women that night. Some were Hispanic, others were religious, several seemed really angry with men in general. One stood out. Her name was Amanda. Her brunette hair swept down over one eye. She seemed both icy and inviting. Donald wrote her name, A-m-a-n-d-a, in his notebook and decided to contact her.

He waited until the next afternoon to e-mail Amanda. Within an hour, Amanda replied. She couldn’t recall who he was and asked for a description. Donald, embolden by her quick response, suggested dinner. They set the time and place.

“I remember you now,” she says downing her first of several Tequila shots. “You’re the sad one.”

“You have sad eyes. I don’t think your mother ever hugged you. Whatever it is, there is something sad about you.”

Donald was mesmerized by Amanda’s green eyes and decided not to pursue her sadness observations. He was trying to recall if his mother ever hugged him.

He made small talk though dinner trying to avoid boring her. He managed this because their entire conversation consists of Amanda talking about her favorite subject – Amanda.

Donald learned she was the only child of a British Commonwealth Diplomat, raised in private girls schools, degrees in literature and international marketing, worked as a government analyst for the National Security Agency…and all he could think was, what in the hell is she doing in Topeka?

His confidence was buoyed as she suggested they move the party to her place. Reality nudged him painfully in the side, and he began to wonder what a woman like her saw in a man like him.

Amanda lived in a large house in West Topeka. She was one person; there were five bedrooms. She poured Donald a glass of red wine and excused herself. Donald wandered around the living room which he noted was larger than his entire apartment. 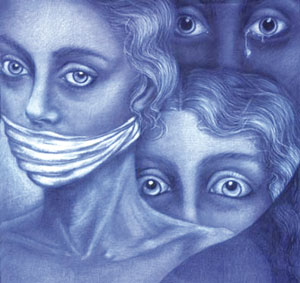 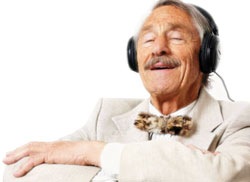