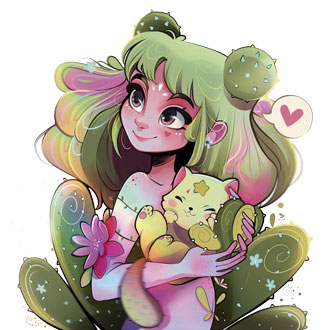 “I’ll have another beer, please” I said, sitting at the local watering hole. Just a couple of beers before heading to my empty home.

I never noticed her walk in. She ordered a drink but I wasn’t paying attention. My thoughts were clouded by my stressful job. The holidays were coming up too, which meant things were going to get really busy.

“Did anyone ever tell you you look like Rod Stewart?”

I looked around. She was smiling at me. I looked at her for a moment. Not bad.

A week later, we were just making simple conversation when for some unknown reason, I asked her, “So, what are you doing for Thanksgiving?”

Oh, WHY did I go there? Why didn’t I just leave this topic alone? But no, I plunged ahead.

“Not going to spend it with family?”

“No. I’m not getting along with my parents and my daughter lives in another state.”

I tried not to say anything but the silence was so damn loud. Why did I have to go down this road?

“Well . . .” I said, “I usually go to my sister’s house in Tennessee. She makes a big dinner for family and friends. Would you like to….?”

“But you won’t know anybody. But you have friends here. But my car needs work.

Halfway there, I figured I had better tell her about my sister and brother-in-law’s business. “Uh, my sister is a school teacher and plays trumpet in the church choir. After feeding the family, she makes plates of Thanksgiving dinners for her husband’s employees. And we deliver them to his business.”

Buddy led us to a table where we had an unobstructed view of the dancers on the stage. We only had to use our imaginations for a short time.

“Another round of apple martinis?” asked the waitress in a see-through negligee and high heels.

She had a name, I’m almost sure of it. But my name for her was, “Cactus Girl.”

You see, on our first “real” date, she had to go to the bathroom, but the line was too long. “I’ll just go outside,” she said. “There are some bushes over there. Cover for me.”

A scream. She comes running out pulling up her clothes. “I sat on a cactus!”

A nickname was born.

Buddy ordered another round of apple martinis. Another dancer took the stage.

“Do what?” I asked, innocently.

“Come with me,” said Buddy. He led her to the dancers dressing room, spoke with one of them and handed her off.

“And now, ladies and gentlemen, we have a new dancer for your entertainment. Show some applause for Cactus Girl!”

She really did try to do a strip tease with the negligee and heels the other girls had given her. But ten seconds into the song it came untied–and there she was. With four minutes to go in the song to dance, she had nothing left to take off. Dollars covered the dance stage like a new mown lawn.

The long drive home was … interesting. She had given all the dollars to the other girls but now she regretted it.

“Damn. That was over one hundred dollars!”

My sister always asks me who I’m bringing for Thanksgiving this time?