Here’s something to look forward to in 2017.

Saturday January 7 Romeo and Juliet by Gounod. This is originally a La Scala production, featuring Diana Damrau as Juliet.

Saturday January 21 Rusalka by Dvorak. This tragic story of water nymphs stars Kristine Opolais as Rusalka, and Brandon Jovanovich as the prince who captures her heart.

Saturday April 22 Eugene Onegin by Tchaikovsky. Anna Netrebko stars once again in one of her most acclaimed roles as Tatiana.

Bus trip tickets are available at the LCS ticket booth on Thursdays and Fridays, 10 am to noon.  The cost for members is 400 pesos and 500 for non-members.

FOR YOU FILM BUFFS OUT THERE

Every Sunday afternoon in January and February, Lakeside residents look forward to the annual Jewish Film Festival sponsored by the Lake Chapala Jewish Congregation.  We hear that this year a portion of the proceeds will go to Mision San Pablo Orphanage in Ixtlahuacan.

The festival premieres on Sunday, January 8 at the Cinemas del Lago at the Bugambilias Mall in Ajijic.  The films begin at 1 pm (except for Judgment at Nuremberg on January 29).

January 15    Dough  (2015, UK) This is a cross-culture comedy about a failing kosher baker who takes on a young Muslim apprentice to help build sales and save his business.

January 22    Defiance  (2008, USA) Based on the true story of brothers leading a guerrilla movement against the Nazi’s in 1941 Belarus, “The Bielski Partisans” represented the war’s largest and most successful group of Jewish resisters.

January 29    Judgment at Nuremberg (1961 USA) PLEASE NOTE AN EARLY START TIME.  This film runs three hours. The performance starts at 11:30 a.m. and will have one intermission.

This film won six Oscars and has a star-studded cast. It tracks the war crimes trial in 1948 Germany of four Nazi judges who used the legal system to condemn innocent Jews to death.

February 5       Baba Joon (2015, Israel) A first! Israeli film, Iranian cast, speaking Farsi. Semi-autobiographical, this family story of Jewish Iranians explores the age-old conflict between a father and his young son, who wants something more than to inherit the family turkey farm.

January 8   The Power of Forgiveness

We’ve all had some life experiences that were not as we would have wished them to be. Through humor, philosophy, and science Susan will explore how we might change our perspective on our past.  Susan believes we can create our “reality” through our own thinking—through forgiveness.

In 1859 a Japanese samurai named Yoshida Shoin was beheaded by the ruling Shogun. Before his execution, he gave his sword to his pupil. While researching the story of the sword, Neil McKinnon turned up a number of coincidences, some right here in Ajijic.

Neil lived in Japan for six years. He has been published in the U.S. and Canada, and his book, Tuckahoe Slidebottle, was short-listed for the Stephen Leacock Medal for Humour and the Alberta Award for Short Fiction. His novel, The Greatest Lover of Last Tuesday, was published last year. He has taught university in Canada and Japan.

January 22  Retirement Migration to Mexico: 20 years of Research and Reflection

In 1997 David Truly came to Ajijic to conduct research for his dissertation in Geography on international retirement migration. His study shed new light on the types of people that migrate outside of their home country and the impacts of these migrants on local communities. January 29  The Mysterious Metamorphosis at the End of Life 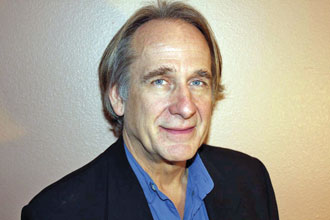 Loretta returns to Open Circle with new material from her TED talk, “The Mysterious Metamorphosis at the End of Life.”

With more than 30 years as a companion to AIDS patients, nursing home patients, hospice patients, and friends and family nearing the end of life, Loretta developed an informed and compassionate perspective on quality of death. Online resources are available at: www.endoflifeinspirations.com

February 5   The Career Project: Opening Windows to a Better Future

Glorine will talk about The Career Project, which she initiated in early 2015 to help fulfill the Lake Chapala Society’s expanded mission to “become more active in the Mexican community.”  The Career Project’s mission is to encourage students to stay in school, to visualize chosen careers, and to identify appropriate educational pathways to realize their ambitions.

GET READY FOR AN EXPLOSIVE THRILLER

The next show in the Lakeside Little Theatre’s season is Death and the Maiden. It is directed by LB Hamilton. It will be on stage January 13 to 22.

After being named to head a commission to investigate crimes committed by the recently ousted military regime, Gerardo finds himself stranded by a flat tire. Good Samaritan, Dr. Roberto Miranda, offers the lawyer a ride home.  Upon hearing Miranda’s voice, Gerardo’s reclusive wife, Paulina, believes him to be the monster who degraded and tortured her years before.

Make sure you get your tickets early – this is an excellent way to kick off the New Year!  Tickets will be on sale at LLT’s box office during the usual hours. Check details at www.lakesidelittletheatre.com.

FOR YOU JAZZ LOVERS OUT THERE

They will perform in two concerts at the Auditorio, in different programs. There are two shows: Saturday, January 14 at 7:30 pm and Sunday, January 15 at 2:30 pm.  Ticket prices are 350 and 450 pesos, depending on the seating. For reservations, contact This email address is being protected from spambots. You need JavaScript enabled to view it. or call her at 766-2030, Tickets are also available at the Auditorio on Thursdays and Fridays, 11-1 pm. 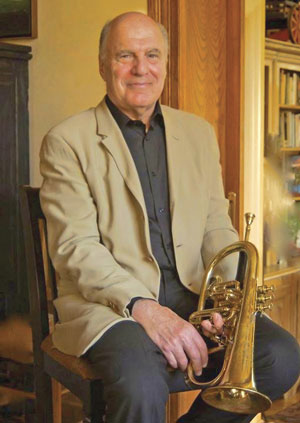 PREPARE FOR THE UNEXPECTED

St. Andrew’s Anglican Church is hosting four seminars relating to life and death at Lakeside. Here they are:

January 21  Dr. Nena Echeveste will describe the services of the Red Cross and will make available forms to assist the Red Cross should they need to be called in an emergency.

January 28 Cynthia Guzman, Chapala Funeral Director, will advise on what steps need to be taken in advance of the unexpected.

February 4 Lawyer Azucena Bateman will speak regarding the laws we need to know in Mexico.

The seminars run from 10:30 to noon. There is no cost other than reimbursement for printed materials.

If you’ve enjoyed Viva la Musica presentations in the past you have the chance for even more enjoyment on Sunday, January 15. Viva’s Annual General Meeting is at 3 pm, at the lakeshore home of Tony and Roseann Wilshere, #35 Nicolas Bravo. The meeting will be followed by the membership renewal party at 4 pm with a concert, champagne and finger food to follow at 4:30.

All this is free with a 2017 membership if you join Viva at the event. Viva membership is 300 pesos.  Non-member guests may attend for 100 pesos. Attendees will be entertained by Juan Pablo Medeles (violin) and Rodrigo Leal (piano), both past Viva scholarshp winners and fabulous musicians.

PAINTING WHILE YOU WATCH

Members of the Lake Chapala Painting Guild have been offering demos in various media at Sol Mexicano. The artist in the final demonstration is Carol Ann Owers, on January 19 and 20.

Each session will begin at 11 a.m. and continue until at least 1 p.m. There is no charge and reservations aren’t necessary. Everyone is invited.

Sol Mexicano is located on Colon #13 in Ajijic, a half block south of the plaza.

The Women’s March on Washington on January 21, the day after the US presidential inauguration, has galvanized some here in Ajijic to have a protest march on the same day at the Ajijic Plaza at 2 pm.  Local activist Jill Flyer is organizing the event.  Several speakers are scheduled, and then the group will then march down Calle Colon to the Lake. For more information, call 766.3025 or 331.140.1171. 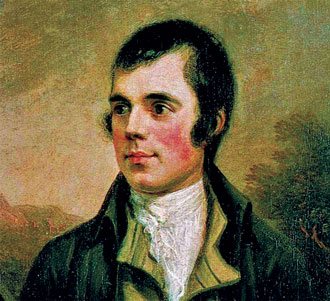 He Promises He Will Be There
(Robert Burns)

That’s a welcome and offer to come and join in celebrating  Scotland’s greatest bard, Robert Burns, and also to support Niños Incapacitados’ children.

This supper is a popular annual event, so get your tickets early. The date is Wednesday, January 25, at the Real de Chapala Hotel, starting at 5 pm. The ticket price is 400 pesos.  You can reserve tickets for tables of 10, or seats at open tables.  ​Ticket contact is Mary Steele at 765-3226 or This email address is being protected from spambots. You need JavaScript enabled to view it.

This is a lively evening and will include dancing, bagpipe music, tributes and toasts….a traditional dinner with a bite of haggis….a wee dram of scotch….singing and a no-host bar.  Don’t miss it.

WE’RE READY FOR A LOVELY CONCERT

The concert will cost 450 pesos for members and 500 for non members. It will take place in the afternoon at a champagne reception in a private home. For more information, contact Viva President Rosemary Keeling at This email address is being protected from spambots. You need JavaScript enabled to view it. or phone her at 766 1801.

The December Man is the January Naked Stage production. It is directed by Lynn Phelan. It runs January 27, 28 and 29. 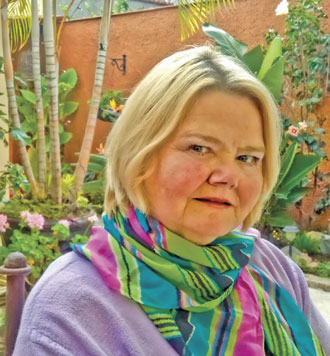 In the aftermath of the 1989 Montreal Massacre, Benoit and Kathleen do everything they can to help their beloved son cope with his guilt and rage... but Jean’s young life becomes unglued. This searing drama on courage, heroism and despair explores the long private shadow that public violence casts. It’sa tragedy in which the humanity of the characters gives the play a surprising buoyancy.

The Naked Stage is in Riberas del Pilar, at Hidalgo #261, on the mountain side and directly across from the Catholic Church.

The Ajijic Book Club will meet at La Mision, Rio Bravo No. 7, on Tuesday, January 31 at 4 pm. The focus of the meeting will be Searching for Sitala Mata: Eradicating Smallpox in India, written by ABC member Connie Davis. 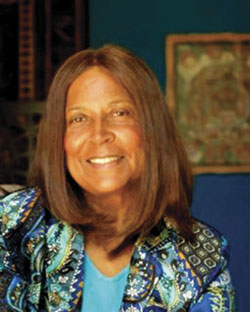 She worked for the World Health Organization, and faced many challenges as she traveled throughout India on a campaign which ultimately was successful. Everyone with an interest in this topic or in ABC is welcome.

Kenneth Salzmann, one of our favorite poets, has been nominated for inclusion in this year’s PUSHCART PRIZE anthology.  His poem is titled “What But the Music.”   Congratulations, Ken! 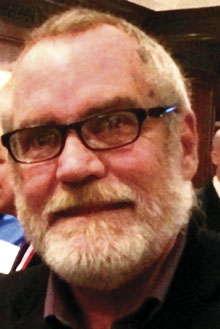 For tickets, contact Debra McDermott at 765-3757 or email her at This email address is being protected from spambots. You need JavaScript enabled to view it.. 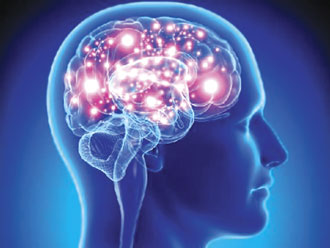