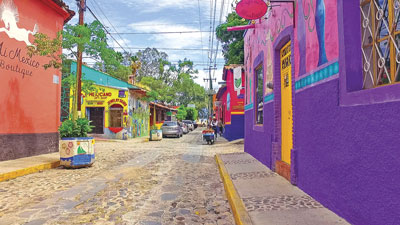 One recent morning a pleasant lady in uniform patted the clothing in my suitcase, wished me welcome and showed me the way into Mexico by pointing to the door at the far end of the immigration area. A few minutes later, taxi ticket in hand, I stood outside inspecting the muted artistry of daybreak reflected in the windows of buildings surrounding the Guadalajara airport.

The cab headed south toward the ancient mountains that surround Lake Chapala. Filtered through a cloudy horizon the morning sun softened the worn peaks so they look like the abbreviated breasts of a lounging woman and the long shadows cast by the stunted vegetation reminded me of blackened logs left in the aftermath of a B.C. forest fire. As the sun topped the horizon it turned the approaching pavement to silver while behind us the road died away into the early glare.

Eventually I arrived in San Antonio, unlocked my door, showered and, too worn out to sleep, ventured down the dirt path to the village to find some breakfast. The carretera had been painted spotless by the rainy season and was lined by gorgeous bouquets of orange flowers lifted into the sky by gigantic Tulip trees.

I ventured west, navigating by memory so that my path led by the doors of any number of restaurants each of which displayed a darkened interior and a closed sign in the window. An observer would have thought me disoriented and I confess that as I tried one door after another, I began to feel like a sailor who triangulates correctly but passes through the horizon only to discover more ocean rather than the friendly coastline he was expecting.

For a moment I felt alone. Few citizens were about: a couple of walkers, a few cyclists and a lone jogger, all moving along the bike path and all looking like they knew their roles in today’s performance—while I had forgotten my lines.

I did not wish to display my ignorance, so I wandered until enough time had passed and then the delicious smells of early morning cooking led me to Salvadores. I went in and ordered pancakes, scrambled eggs, bacon and steaming coffee.

When I again ventured outside the village had come alive. A mustached man held a ladder vertical on the street corner and gazed at the sky as if contemplating a climb with no destination. A young mother sputtered by on a motor scooter, laughing along with her infant daughter whose chubby legs straddled the gas tank. An old lady sat at a table topped by a blue and yellow and red umbrella. She was selling all manner of delicious looking things that I had no interest in now that I had eaten. A boy in a yellow t-shirt threw potato chips at his sister while they waited for a bus. A young woman sauntered by, all belly and ass, in tight low-slung jeans. A man with scars on his arms tinkered under the hood of his ancient yellow truck and furtively watched the undulations in the girl’s pants as he smoked a cigarette. He caught me staring and we both grinned—an unspoken lecherous conspiracy.

A gringo in a white hat aimed himself in the direction indicated by the arrow on the faded green and grey and white modern sculpture on the corner of Paseo del Lago. Filled with purpose he used plenty of space as he walked swiftly trying to undo, in a few minutes on a sidewalk, the years of indulgence at a table.

Flowers bloomed in boxes fronting El Castillo de la Floresta, and early morning cooking smells were replaced by the enticing aroma of pies, tarts, cakes and other dietary unmentionables as I walked past Miky’s. Ajijic’s houses are multi-hued so that a kaleidoscope of changing shapes and colors massaged my eyes as I proceeded.

A breeze emerged from a side street and I noticed the sky had darkened. At the same time I felt the first drops of the last gasp of the wet season on my face. I picked up my pace but in moments the dark rain clouds dissolved into a blue sky.

Ajijic is home to a host of holidays and fiestas as well as to people who joyfully celebrate everyone, so it should be no surprise that church bells tolled and fireworks distracted me as I turned up the dirt path toward the mountains. I climbed far enough so that, when I looked back, I saw red tiled roofs framing egg-shaped cupolas each of which had light squeezing from tiny windows—a fitting foreground to the green expanse of lirio bobbing on a ruffled lake.

Seven times on that short walk someone smiled and wished me good morning, an action I found unsettling having just come from Vancouver which is, arguably, one of the least friendly cities on the planet.

The unkempt goatherd who lives by the path flashed smile number eight and whispered a soft, “bienvenido.” I walked up the steps and opened the door gently so as not to awaken Judy. Then I found a pen and sat at a table to write these words, whereupon I promptly fell asleep. 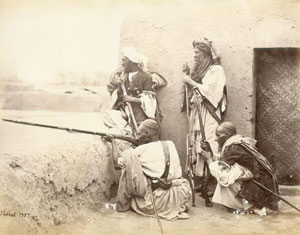 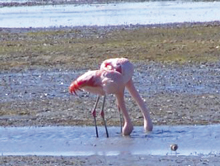 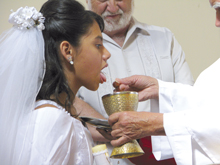 First Communion
First Communion By Gloria Marthai   As seen from the high, curving highway, the village seems a quaint, appealing place where women launder in the 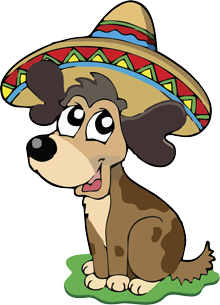