What Makes a Restaurant? 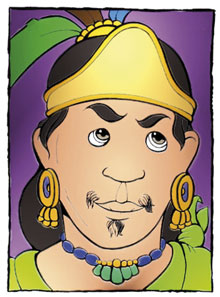 Before moving to Mexico, I envisioned Mexican restaurants to be like the “Mexican Restaurants” in the USA.  The one we frequented near our previous home sat about 200 people, at large wooden tables with large chairs. The bright décor was “traditional Mexican” and there were lots of sombreros on both the walls and the waiters. Mexican music played softly from the hidden sound system and the food was…well, as it turns out, not really Mexican. More of a hybrid.

While in Mexico, we’ve found some restaurants that resemble this description, but the vast majority of them don’t.  Some of the very best “Mexican” restaurants, well, aren’t restaurants. I define a restaurant as a building with four walls, a ceiling and floor with a working kitchen and a dining area.  Here in Mexico, one of my favorite places to eat doesn’t meet this description.  It doesn’t even have a floor!  The tables are set on the dirt, a tent-top keeps out the weather, and the walls, if you could call them that, are really two fences with passion fruit growing along them.  The tables are either metal folding tables or the plastic ones supplied by either a soft drink company or a beer distributor.  The music comes from a juke box, which sits next to the TV which is on the counter behind which is the cooking area, never to be confused with a kitchen.

Yet this little place serves the best food. Their shrimp tacos are beyond anything I’ve had yet, and are only $15 pesos each! Their serving sizes are generous. They even serve fresh coconut water…in the coconut. And you get to take the coconut meat home with you. And if you think I’m going to tell you where they are, or give you their name, forget it. Find your own!  There are many “restaurants” like this in Mexico. They pop up everywhere.

On my block, one family puts out a tarp that expands over two parking spaces in front of their house. Two tables hold their cooking utensils, and tamales, tacos, empanadas and more are sold right there. Further up the block, a woman opens up her kitchen on Saturdays and Sundays and serves up breakfast and pozole later in the day. Two blocks over, a woman sells fresh baked goods through her kitchen window.

The food in these places has always been a delightful surprise. I think of all the overhead these people save by their ingenious ways of presenting their fare. When we moved to Mexico, we were warned not to eat in places such as these. There was concern that their food wasn’t handled properly, that they weren’t clean, and that if we ate there, we would be stricken with the dreaded “tourista” a.k.a. “Moctezuma’s revenge.”  I can tell you, we’ve tried a number of these places, and haven’t been stricken yet. It could happen.  But the treasures we have found far outweigh the risks we’ve encountered.

There are some wonderful places that do meet my definition of restaurant that have also captured our hearts. These places usually have some form of live music, and there are no sombreros hanging on their walls.  These restaurants simply give great food for a great value, and I have never experienced anything but courteous and friendly service by the staff.

Mexican food isn’t the only offering in Mexico. I’ve seen restaurants offering Thai, Chinese, Arabic, Italian, Greek, British, French and American cuisine.  This brings to mind a question asked by a friend before we moved. He said, “What are you going to eat in Mexico?”  Apparently anything I want!