A Tale of Three Elephants and an Elephant’s Tail 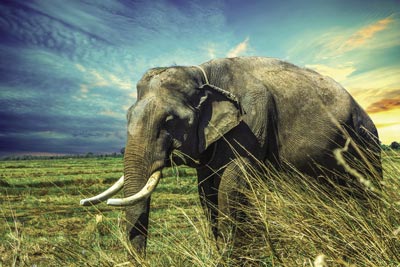 This is a story of three groups of elephants, one in Thailand, one in Botswana and a third in the US. The elephant in Thailand, along with his fellows, has been rescued from a life of hard work and cruelty by local humanitarians. The Botswana elephant and another member of his herd were reduced to target practice by a pair of cruel egotists. The third majestic animal continues to be forced to entertain clueless mobs by performing unnatural tricks.

A gory video has recently been released by New Yorker magazine of Wayne LaPierre, President of the National Rifle Association, brutally shooting three times but failing to kill a majestic African savannah elephant. A guide finally had to put the suffering animal out of its misery. This incident occurred back in 2013. It took eight years for the video to be released. One suspects that the delay had much less to do with LaPierre’s desire to cover up his shameless act as it did fear of embarrassment when it is learned by his followers that the president of the NRA is such a pathetically poor shot.

To date, the NRA has only issued a whiny response that New Yorker Magazine leaked the story and the accompanying video in order to embarrass Mr. LaPierre. If one does not engage in embarrassing behavior, one need not fear embarrassment.

Mrs. Lapierre, not to be outdone by her husband, shot a second elephant between its eyes. The Guides instructed her to shoot it again, this time between the legs, to affirm that it was dead. If only Sigmund Freud were still around to explain that to us. To her credit, she had at least dispatched her victim with a single head shot, proving herself to be a better marksman than Mr. LaPierre.  She then severed her victim’s tail and paraded around with it as a sort of gruesome trophy, while proclaiming, “Victory! That’s my elephant tail. Way cool!”

The LaPierre’s have received richly deserved condemnation for their heinous actions. The question always looms as to what motivates such persons as Mr. and Mrs. LaPierre to cause such suffering and destruction to an innocent creature. Does killing a large animal provide a sort of emotional aphrodisiac for one who experiences some insecurity with regard to his masculinity. Perhaps, but that does not explain Mrs. LaPierre’s behavior. Without a doubt, the two of them suffer some dark abyss within their souls, a vacancy that they imagine can only be assuaged by the destruction of beautiful, innocent creatures.

At a time when the survival of wild elephants, as well as that of many other species, is imperiled, when the International Union for the Conservation of Nature has placed the savannah elephant, the very same variety that the LaPierre’s targeted, on the endangered list, what would motivate two people to kill them. Mr. and Mrs. Lapierre exhibit no hint of any ethic one would associate with true sportsmen. Rather, they bear a resemblance to butchers, lacking in courage, sensitivity, empathy or compassion. They would be more comfortable, perhaps, laboring in a slaughterhouse among squealing pigs and bellowing cattle, all protesting their upcoming bloody deaths.

The defenses of elephant hunting come across as, at best, lame. The government of Zimbabwe, for instance, has recently authorized the hunting and killing of up to 500 elephants, arguing that such butchery is necessary to heal a national economy ravaged by the COVID pandemic. It is more likely that Zimbabwe’s economy suffers from decades of incompetence and corruption under the governance of the late President Robert Mugabe than it does the ravages of COVID.

Another argument is that elephant hunting provides meat for malnourished local villagers. Those same unfortunate villagers will need to secure another protein source once the last wild elephant has been devoured.

On the same day that LaPierre’s bloody act became public, another story appeared in the press. Paul Barton, a retired British concert pianist now living in Thailand, has discovered that rescued elephants that are now safely sequestered inside a sanctuary named Elephants World love music, in fact, love Beethoven. And so this good man sits out beneath the trees playing Beethoven’s compositions to the joyous ears of the rescued pachyderms who crowd around to listen. You can bring him up on the internet, a kindly man playing for friendly elephants. His listeners have endured lives of misery, pain and mistreatment at the hands of humans. Many were worked pitifully in the logging industry. Some have even had their tusks removed in procedures too torturous to imagine. And yet, having every reason to mistrust, even hate, humans, they crowd around to find solace in the tunes of one of the greatest of composers brought to them by a kindly piano player.

So, there we have it, a perfect metaphor for the human condition. One man exemplifying kindness and another concerned only with the destruction of an innocent creature in order to satisfy some empty headed craving for bragging rights. A woman eagerly flaunting her destruction of life by triumphantly waving her victim’s severed tail. Humanity revealed, the good guys and the bad guys.

However, the metaphor is incomplete. The two stories brought to mind another memory from a few years back. The scene was the annual county fair back in my hometown in Ohio. According to reliable eyewitnesses, a man had trained an adult elephant to stand with all four feet bunched together atop a small stool. No one in the audience seems to have given a thought to the discomfort of the elephant. Then, to make matters worse, the trainer forced the sad-eyed beast to stand balanced on one foot with its trunk outstretched. This final act sent the audience into paroxysms of glee. Not a soul protested.

What purpose did this pathetic scene serve. Perhaps, like the LaPierre’s, the trainer possessed some dark impulse to exhibit dominance. Maybe his actions may have provided some momentary sick entertainment for the unthinking audience. All too often, people find entertainment in perverse ways, as when throngs cheered the bloody exhibitions in the Roman colosseum or during the feeding of Madam la Guillotine in the streets of Paris during the Reign of Terror. Many, it seems, take sadistic delight in the barbaric displays inside the world’s bull rings.

It is well known that elephants are highly sensitive creatures and that all too many live torturous lives at the hands of humans only interested in profit. Elephants spend years in captivity, tethered to chains and forced to perform exhausting work, even to do tricks for the delight of clueless audiences.

Humanity, it so often seems, falls into three categories. The first, those like the LaPierre’s, are the perpetrators of cruelty, destruction, crime and vandalism. The second are the healers, the humanitarians, those who spend their lives, their energies, their treasure while attempting to assuage the acts of the perpetrators. In between lurks the great mass of humanity, going about their lives unconcerned, indifferent, uninformed, ignorant of all the cruelties and injustices at their doorstep. To fain ignorance of evil is to acquiesce in evil. To acquiesce is to be complicit.

I once knew a man who presented such a rosy optimism to the world that I suspected he would have walked among the heaps of corpses at Auschwitz and assured all within earshot, “Oh, I am sure no one would ever do anything like this.”

Each of us must ask ourselves which category of humanity we choose to represent: Like the LaPierre’s; a perpetrator of foul deeds; like Paul Barton, a healer or protector of the victims; like the crowd at the county fair, an indifferent automaton among the masses, indifferent to the pain and injustice at our doorstep. 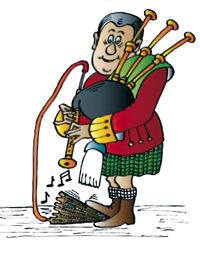 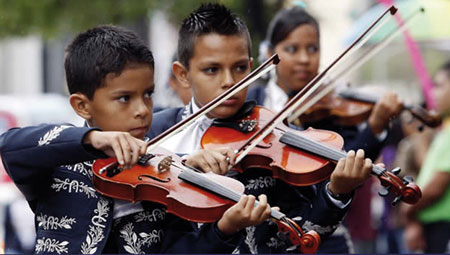 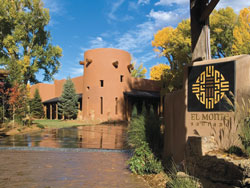