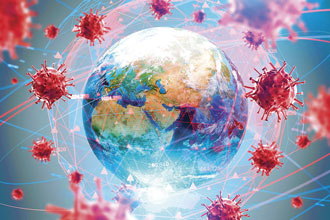 At the height of the “Dark and Stupid Ages,” His Idiotic Holiness, Pope Gregory IX, on June 13, 1233, instigated the first papal bull of his papacy: the Vox in Rama. This was a papal bull which decreed that the domestic cat, which had served us well through the ages as an efficient mouser, was an animal of Witchcraft and should be killed. The actual wording of this papal bull, appropriately named, was as follows: “Thou shalt not suffer a cat to live.” Can you imagine?

The Vox in Rama (or “Voice in Rama,” after the city of Ramah in ancient Judah) beseeched archbishops Mainz and Hildesheim to lend their full support to Grand Inquisitor and all-around decent defender of the faith, Conrad of Marburg, in his efforts to root out satanic cults, their cats, and their adherents in Germany.

Don’t get me wrong. With an Irish father and an Italian mother, I was raised Catholic and stayed that way until I developed the ability to read and reason. I don’t dislike the Catholic religion any more or less than I dislike all religion, so don’t ascribe prejudice to me. Mine is a completely equitable disdain.

What irritates me more than anything is stupidity, something that was almost eradicated during the Renaissance and into the eighteenth century, but which is making a strong and bigly comeback in the first part of the twenty first -century. It seems that religion thrives in a miasma of ignorance everywhere and anywhere on the planet. Ignorance of science, philosophy, biology, astronomy, and other scientific disciplines, give religion an important leg up in providing an explanation of phenomena the human race must face. Some of the explanations cannot be proven and so must be accepted without question, for instance: “The Lord works in mysterious ways.” This is the great catch: all that is used whenever someone asks a question that clearly illustrates a conflict in logic where religion is concerned.

So people are faced with a choice: believe scientists or believe their religious leaders. Believe those relatively impoverished lab nerds who have nothing to gain personally by coming up with scientific reasons and explanations, or believe those toupe-ed multimillionaire, jet-buying, $4,000 suits who encourage their flock to come to religious gatherings and give up their money, which is now in short supply, or commingle with a congregation when it has been determined that doing so would jeopardize their health and risk their lives to make sure they are continuing to tithe.

So which makes more sense? Naturally, the latter appeals to those who would put an incompetent, self-serving, racist narcissist in the driver’s seat. Just the other day Kenneth Copeland, the richest Televangelist in the USA, claimed, with a chorus of sycophantic “Yes sirs” and “Praise be” and “Halleluiahs,” that he was going to “blow” the COVID-19 virus away, in the name of Jesus of course. Then he pursed his lips and blew, claiming it was now gone! Why wouldn’t people want to believe it was that easy to rid the planet of a deadly virus like that? Of course they would. It’s much better than self–sequestration, social distancing, washing one’s hands thirty times a day, being fearful that someone will cough and the virus will get to your nose . . . But the easy road is not always the safest road.

Alabama’s governor, a pathetic half-wit, said there will be no sheltering in place because “we hain’t New York and we hain’t California . . . we’s Alabama!” The Florida governor, after weeks of not imposing any sort of curfew, finally agreed to shelter in place, except for people who want to go to church . . .

Many say: “Let them gather, let them get the COVID plague, it will thin the herd.” The problem is they bring it back to those who have had the sense to self-quarantine. Also, these people are stupid, not bad, and stupidity doesn’t deserve the death penalty. So Darwinism is a valid point, but we want to save who we can, no matter how idiotic their views are.

Now we are seeing protests and riots over the murder, by police, of George Floyd, an unarmed black man. There is no social distancing in a political demonstration. So between the half-wits screaming to open the hair salons and the demonstrators mingling, how will the incidence of COVID-19 look in about a month from now?

The current administration has been criminally negligent in hiding, ignoring, downplaying and invalidating the severity of this new plague. It is true that the economy is suffering, but it is going to suffer more and longer because of an irresponsible attempt to keep it going by telling people to continue going to work to buttress the economy. If the sequestration order had been invoked immediately, by this date everything would have been back to normal. Now, we are looking at the first, and soon a second wave of the pandemic. Who knows how many more there will be.