What’s My Gut Have To Do With My Brain? 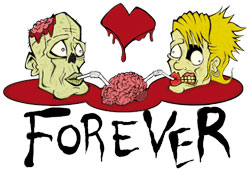 So for years I knew I had various sensitivities to different foods. Of course standard medical tests could never definitively prove that the causes of my many health issues were food based.  I would be given medications to temporarily appease symptoms, never getting at the root cause of the problems—all band-aid therapy.  I recall feeling the worst during the two years I chose to become vegetarian, at which time many of my symptoms were exacerbated - and my weight soared, not to mention increased feelings of paranoia, anxiety and depression - for no apparent reason.  The question always lurked in my mind, “Do I have a sensitivity to gluten”?  But because there is no accurate testing for this and because I, being a true Hungarian, loved my bread, pasta and other baked goods, I kept myself in denial.

It is estimated that up to 40% of the population is gluten sensitive.  Unfortunately many people are unaware that the symptoms they are experiencing could be a reaction to the gluten contained in the products they consume on a daily basis - including mental symptoms such as depression, anger, irritability, anxiety, attention deficit disorder, etc.

Gluten is a protein which is commonly found in grains such as wheat, smelt, rye, barley and oats.  To many people this protein acts as a toxin, slowly eroding the small intestine which helps food convert into fuel. As a result, the body develops serious deficiencies, mainly to iron, zinc, tryptophan and B12.  Iron and B12 deficiency causes anemia which in turn can result in fatigue, brain fog, neuropathy, memory problems, depression, and other mental symptoms.  Zinc deficiency has been linked to depression, a suppressed immune system and a dulled memory, playing “an important role in the production and use of neurotransmitters-brain chemicals that help modulate mood” (The Breakthrough Depression Solution by James Greenblatt, M.D.)

Different bodies react differently to gluten and there are over one hundred symptoms associated with gluten intolerance.  Among them are eczema, headaches, ADHD, thyroid problems, osteoporosis, epilepsy, arthritis, intestinal bloating, irritable bowel syndrome, constipation, diarrhea, depression, anxiety, weight gain or loss, chronic fatigue syndrome, autoimmune diseases, cramps, tingling and numbness, irritability and other behavior changes.  Even lymphoma and colon cancer has been linked to this sensitivity.

Much of the literature about gluten intolerance states that it could take more than thirty years to be diagnosed with this problem.  Even worse, symptoms can change over the years, masking itself like a chameleon.  For instance chronic ear infections can change to asthma and later can become irritable bowel syndrome or arthritis—different symptoms but same cause.

The only way to really know if you are gluten intolerant is to adopt a gluten-free diet for at least two weeks but a month or two is ideal.  For over thirty years I had been muscle-testing people for food sensitivities, including gluten, directing them to change their diets only to see them recovering from many chronic illnesses.

Many people who are sensitive to gluten are also sensitive to dairy products and must eliminate both from their diets.  In most cases, this elimination brings about huge changes for the better in their overall health - elimination of many ailments and increased energy - an overall better quality of life.

(Judit Rajhathy is the author of the Canadian best-selling book, Free to Fly: a journey toward wellness.  Contact her at 765-4551 or www.juditrajhathy.com.)