The Apology (Not Plato’s) 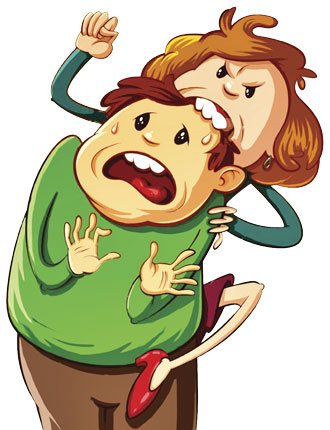 As they were preparing to leave the dinner party, he swore to his angry wife that he would never do it again. She laughed, deliberately, right in his face.

“I know,” he interrupted, “but it’s different this time.”

“Different, how?” she demanded.

“I can’t put it into words exactly, but It’s different this time. It just feels different.”

“I hope you’re right, because frankly, we’re running out of friends. We’re running out of people who will even tolerate us, let alone welcome us. I was surprised John and Barbara invited us tonight. You can bet that won’t happen again. I...”

Now, Honey,” he said as he helped her into her coat. I know it’s my fault. I just couldn’t help myself, that woman quoting, or I should say misquoting the Bible and claiming it came from Omar Khayyam’s “Rubaiyat , and that fat guy who came with Susan, confusing Plato with Aristotle. My God, they’re almost exact opposites in their philosophical outlooks. Someone had to set him straight. I couldn’t stand anyone crediting Socrates with such an empirical definition of reality. He’s just too…”

“Oh, Bill, for God’s sakes. No one else cares if someone gets a few details mixed up. It’s just called making conversation. You’re the only one who cares, and for sure no one appreciates being lectured to and insulted about their ‘ignorance,’ as you put it.”

“But ignorance is not a fault, certainly nothing to be embarrassed about. Ignorance is simply a lack of knowledge in a particular area. I wouldn’t be insulted if someone called me ignorant if I misspoke, say about the details of how a nuclear reactor works. I’d be grateful that they were helping me be less ignorant in that area. I’d thank them.”

“Well, Bill, maybe you would, but the vast majority of ‘normal’ people don’t think like you do. Thank God. They feel embarrassed, put down, even humiliated, if they’re particularly sensitive. I’m sure I saw tears in Luisa’s eyes when you corrected her pronunciation of something. I don’t even remember what it was. You were making so many corrections of so many things. I think we should go back in there right now, and you should apologize, to, to everybody, and try to make sure you act like you mean it. I know you know how to act. You gave poor Susan a five minute discourse on method acting when her definition failed to capture its essence correctly, I believe you said. Do you think you can do that?”

“Oh, yes. Of course, Dear. I’ll be the epitome of contrition as far as anyone can tell, though I believe they should be apologizing to me for their egregious misinformation, and …”

“I know, Dear, I’ll be the very soul of sincerity. As Shakespeare says, ‘O, what may man within him hide, Though angel on the outward side.”

“Bill, just say you’re sorry, that you know you were wrong to correct them, that on second thought, they may not have been wrong at all, that you’re truly sorry for your rudeness.”

“Yes, Dear. You’re right. I need to go back in there anyway. What Peter was saying about Carlyle’s view of society was in fact a quote from Hobbs. I’m sure he’ll thank me for.. “