By Fred Mittag
(Reprinted by Request) 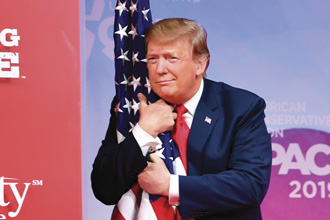 One obvious manifestation of this conservative neurosis is the unusual degree of anger and hate they display. Who can forget Congressman Joe Wilson’s shout of “You lie!” to President Obama during his address to a joint session of Congress. Or Governor Jan Brewer wagging her finger in President Obama’s face. And so many other examples of the crude level of behavior to which conservatives have sunk. Rush Limbaugh called Sandra Fluke a prostitute and a slut. This is hate and anger at unusual levels, far beyond reasoned political debate.

I think a lot of it is neurotic frustration over having a black president. I hypothesize that conservatives hate Obama because he’s black; therefore, their instinct is to destroy him. That’s the stimulus that comes from their hatred of him. The conflicting stimulus is that they can’t do it. Their fear of punishment is the stimulus that stops them. And so they suffer an unresolved conflict, no different in principle from the mouse that is rendered neurotic by whether to press the button with its nose. The mouse is torn between the stimulus of hunger and the stimulus of fear at a possible electric shock if it presses the button.

Just as the mouse suffers agitated behavior from its neurosis, I think the result of the neurosis in conservatives is that it shuts down their brain. What else could explain a conservative saying that Arab terrorists are coming across the Mexican border posing as “wetbacks”? What else but an incapacitated brain could make a conservative believe Mexicans are bringing leprosy and Ebola to the United States? What else but a crippling neurosis could make Congressman Louie Gohmert (R-Texas) state in Congress that a warm pipeline in Alaska would encourage caribou to have romantic dates by the warmth of the pipeline and increase the caribou population? What else but neurosis could make conservatives believe Obama was born in Kenya? Also, that he’s a Communist Muslim? Nobody can believe these are normally functioning brains at work.

In many cases, the coping mechanism for conservatives is cognitive dissonance. I think the evil they commit in various ways, including especially racism and the economic damage done by conservative ideology, is too much for them to accept, and they just go into denial of their evil, reassured by their sitting in a church pew on Sunday morning. How can they be evil if they go to church?

An appeal came from Congressman John Lewis this evening to sign a petition demanding that voting rights be reinstated. I was happy to sign it. He is a revered civil rights leader from the 60s who was beaten into a brain concussion by racist police. He said that Republican voter suppression resulted in the 2014 election having the lowest voter turnout in 72 years. That, of course, is exactly what the Republicans intended, so as to enhance their base of angry old white men. Voter suppression is also another expression of institutionalized racism, since it mostly targets minority voters.

Rudy Giuliani’s statement that white policemen are needed in black neighborhoods to keep blacks from shooting each other is something that came back to my mind several times today. It seems like a bizarre thing for him to have said. And he repeatedly drove home the point that 93% of black murders are committed by other blacks. In his racism, it never occurred to him to wonder what percentage of white murders are committed by other whites. The answer is that it’s almost exactly the same percentage. According to Giuliani’s logic, black police officers should be sent into white neighborhoods to shoot white men and to keep whites from killing each other.

Conservatives have never been accused of having critical thinking skills. To the contrary, they officially want to keep thinking out of our schools. It’s in the Texas State Republican Party’s platform. I kid you not. In a lifetime of being a student, a teacher – and I hope a lifelong learner – I could never possibly have believed I would live to see the day when the suppression of thinking skills became an official position of a political party. Thinking is the essence of what I have worked for my entire life. God help us. 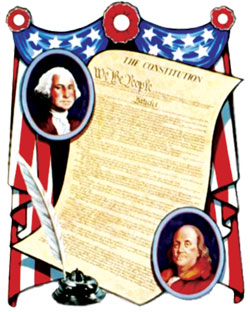