OPEN CIRCLE
Sunday morning finds many Lakeside residents at the Lake Chapala Society and Open Circle, a forum on a variety of stimulating topics. A social hour with coffee and snacks at 10 am is followed by an interesting lecture and discussion at 10:30.
September 9 Mental Mechanics: Fast Track to Much Greater Mental Clarity
and Life Enjoyment
Presented by Al Lopez 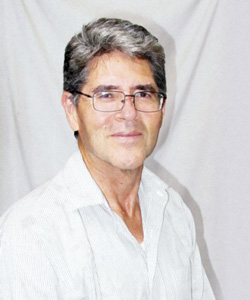 By the time you were three, you could understand and speak a language, and you could have learned more languages. Also, you had learned to walk and run and you could have learned to swim and play an instrument, too. Can you imagine how much more you would have progressed in your life had you continued to learn at that rate every three years? What happened? At some point you started to blur and block your mind with tension, haste, anxiety and cluttered thinking. But Al Lopez maintains you can recover a lot of that amazing capacity you had as a child through a coaching process that he calls mental mechanics.
With 27 years of experience as a mental mechanics coach in eight countries, Al Lopez has authored eight books on the subject and has earned a generous endorsement from Stephen R. Covey. Al has a master’s degree in organizational behavior from Brigham Young University, has lectured at the University of Texas, and is a mental mechanics coach. He currently lives near Guadalajara.
September 16 The New Psychology of the Mexican People
Presented by Raúl Ruiz 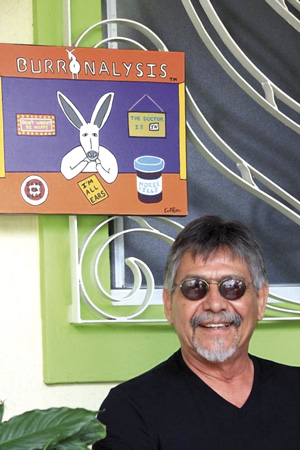 In 2014, Raúl Ruiz spoke at Open Circle and sketched the historical, anthropological, and psychological forces influencing how contemporary Mexicans think and act. This 16th of September, the day Mexico celebrates independence from Spain, Raúl will update his appraisal, taking into account recent changes in the world that, combined with the recent Mexican presidential election, have shaped new attitudes toward political and economic challenges favcing Mexico and Mexicans.
He got his bachelor’s degree in psychology in 1978 from ITESO, after which he worked for state and private companies during his first 12 years of practice. Since 1990 he has been in private practice as psychotherapist for individuals, couples and families. He has also taught in different universities and institutes, and was a trainer in leadership skills for corporate executives throughout Mexico. The lake area has been his home since 2014.
September 23  Implications of the Law of Karma for You
Presented by Victor Youcha, D.C.
Victor will continue his discussion, begun several years ago, of Spiritual Law, delving deeper into the Law of Karma—its implications for us in this lifetime. Other spiritual laws will also be discussed.
Victor J. Youcha, D.C., is a chiropractor with a practice in Ajijic, who also teaches to the chiropractic profession in Latin America. He has been a student of spirituality most all his life, having studied Yoga and meditation at Swami Satchitananda’s ashram in Santa Cruz, California, and then was a devotee of the Guru Maharaji. Later he studied with Lakota and Ojibwe spiritual teachers—meditation, Yoga, Qigong, sweat lodge ceremonies and vision quests. For the past 17 years, he has been a student of spiritual law through teachings derived from Eckankar.
September 30 Traveling with Songs Along the Way
Presented by Olga Kaplounenko 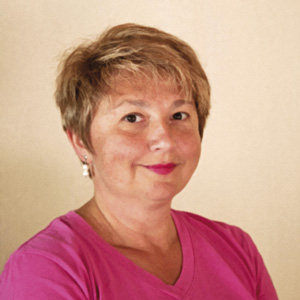 Olga will talk about her travels to different countries and her music-related experiences during these trips. A polyglot, she will sing in the languages of the countries visited: Russian, Swedish, English, French, Italian, and Spanish.
Olga is a Muscovite, married with one son. She has a master’s degree in electrical engineering as well as a degree in music and jazz vocals from the Moscow Jazz College. She has worked as a guest researcher in Denmark, Sweden, and later in Silicon Valley, where she worked for 16 years. While in the US, she sang solo and in different choirs.
When her husband was diagnosed with Alzheimer’s five years ago, she moved to Mexico where she’s been involved with Los Cantantes and has participated in the LLT productions “Drowsy Chaperone” and “Tickle Your Fancy.” She also plays piano and guitar, but singing is her passion.
October 7  The Impact of Trauma on Families, Friends, and Intimate Relationships
Presented by Julian Labadie, M.A., CADC III
A family member gets bad news from the doctor. A longtime marriage begins to disintegrate. Your grown child is abusing drugs or alcohol. These kinds of experiences may qualify as “trauma” and leave traces on your mind and emotions, on your capacity for joy and intimacy, and even on your biology and immune system. The speaker will increase our awareness of the broad scope of trauma, its impact on both those directly affected and on the people around them. He presents the opportunity for individuals to heal through a change in perspective and action.
Julian Labadie holds a master’s degree in counseling along with nearly 40 years of education and experience in treating addictions, marriage and family therapy, and working with families affected by profound mental, emotional and physical illness.
INTERESTING NEWS
If one goes to amazon books, and types in the full name of our Editor-in-Chief, this is the first thing that comes up:  “For more information about the author and his highly acclaimed book The Dark Side of the Dream, please visit his website. Alejandro Grattan-Dominguez was born in El Paso, Texas, the oldest son of an Irish father More about Alejandro Grattan-Dominguez   Bestselling Books: The Dark Side of the Dream, Breaking Even, Whereabouts Unknown” 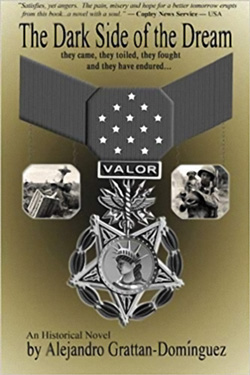 Show dates are September 14-23. Showtimes are 7:30 pm, evenings, and 4 pm matinees. The first Saturday and both Sundays are matinees. 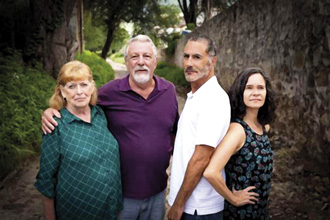 Sensing from her husband that something is wrong in their son’s marriage, Alice invites the young couple over for a cocktails and cheesecake interrogation. As one set of lies after another breaks down in this comedy of falsehoods and infidelity, Alice offers an object lesson by creating a new web of fanciful deceit about her own marriage. Or is she telling the truth?
Tickets are $250 pesos and available at LLT’s Box Office, 10 to noon every Wednesday and Thursday, also one hour before curtain. Email:  This email address is being protected from spambots. You need JavaScript enabled to view it. or call (376) 766 0954
ROMANCE IN THE VILLAGE
Viva la Musica finishes its summer concert series, “Romance in the Village.”
Friday September 21 “Piano Romance” with Sergio Parra, pianist and composer, who will play a program of Chopin, Messiaen, Ibera and Debussy preludes.  This performance is at St. Andrews Episcopal Church in Riberas del Pilar. There will be a champagne and canapé reception in the garden at 3:30 pm and the concert is at 4 pm. Tickets are $400.
Tickets will be available at the Lake Chapala Society Thursdays and Fridays from 10 to noon and also at Diane Pearl Colecciones and and Mia’s boutique, The cost is $500.
LOVE THE BALLET
The Ballet de Jalisco has commissioned a well known choreographer, Mark Godden, to create a new ballet of Carmen. The world premier will be performed at the Degollado Theatre in Guadalajara on September 21, 22 and 23.
Viva la Musica is sponsoring a bus to the September 23 performance. Check with LCS Mondays or Thursdays, 10 to noon.
THEY GOT PERSONAL
The Gin Game is the next Naked Stage production. It’s directed by Don Chaloner and runs September 28, 29 and 30 at 4 pm. 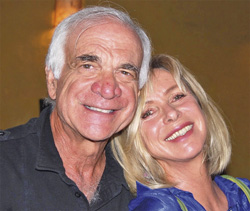 Here’s the review: “Snappy dialogue and quick wit crackle in this Pulitzer Prize-winning dramatic comedy that was called, ‘the closest thing the theatre offers to a duel at 10 paces’ by The New York Times.”
Meet Weller and Fonsia, two strangers who are about to enter into a seemingly harmless game of gin rummy. When Fonsia goes on an instant winning streak, tensions build within their new friendship and the conversation starts to get personal.”
The Naked Stage is at Hidalgo #261 on the mountain side of the carretera in Riberas del Pilar, across from the Catholic Church. Parking is available in the parking lot of the Baptist Church, behind the theater.
Donation is $100. The Box Office and bar open at 3 p.m. Reservations are by email at: This email address is being protected from spambots. You need JavaScript enabled to view it..  For those who use Facebook, look for The Naked Stage for breaking news and updates.
WOULD YOU BELIEVE 1.6 MILLION HITS?
Jim Cook and and his wife Carole moved from Oregon to Ajijic, Mexico in 2007. Since his arrival, Jim has made it a point to learn as much as possible about Mexican history and culture. He and Carole have visited many of Mexico’s colonial cities and ancient pre-hispanic ruins. 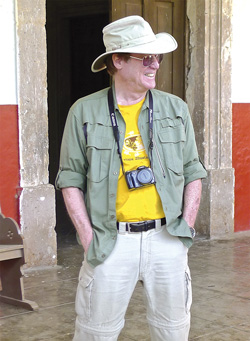 They chronicle their journeys in their photo-journal blog called  Jim and Carole’s Mexico Adventure. Since 2007, the blog has attracted more than 1.6 million page views from people living in over 130 countries and territories on every continent in the world including Antarctica.
The couple is tireless in visiting and chronicling well known and not so well known sites all over Mexico. Check out their website: cookjmex.blogspot.com/.
It’s a great resource for planning a trip. Jim provides an index for easy research.
VIVA LA MUSICA AND “LIVE AT THE MET”
Here are the fall bus  trips planned by Viva for opera at the Teatro Diana.
Saturday October 13 Aida by Verdi. Set in ancient Egypt, the tragic story of a captive Ethiopian princess in love with an enemy general, with Anna Netrebko in the title role (216 minutes). The bus leaves at 10:30 for the noon show.
Saturday November 3 Samson and Delilah by Saint Saens, the biblical story of seduction an betrayal, with Elinaa Garanca as Delilah and Roberto Alagna as Samson (184 minutes). The bus leaves at 10:30 for the noon show.
Saturday December 15 La Traviata (The Fallen Woman) by Verdi. The famous opera of love and misunderstanding, set in Paris with Diana Damrau as Violeta and Juan Diego Florez as Alfredo (187 minutes). The bus leaves at 10:30 for the noon show.
Viva bus trips to the Met Opera are $450 and $550 for non-members. Tickets are available at the LCS ticket area Thursdays and Fridays from 10 to noon, or by calling Rosemary Keeling at 766-1801.
WHATEVER HAPPENED TO LOW SEASON?

It does seem that new residents are pouring into town almost daily from north of the border. We surmise that many baby boomers are feeling financially pinched in these golden retirement years and are looking south for relief.
Our friends in charge of fundraising events will soon catch on and start planning parties all year long. We hear that rentals are disappearing, house sales are booming and don’t let me get started on carretera traffic.  Check out the crowd at the Tuesday organic market…..
CLOSE TO HOME
If you don’t want to travel to Guadalajara, try Viva la Musica events coming to the Auditorio
Thursday, October 18 The Janus Quartet playing Shostakovich, Dvorak, Beethoven, Haydn and Mozart
Friday, November 9 The Nath Quintet playing Brahms Clarinet Quintet op. 115, followed by the Schumann Piano Quintet op. 44
Thursday, December 6 The Jalisco Ballet Gala
MARK YOUR CALENDARS
We’ve heard from the planners of Feria 2018, which is November 9-11 this year. 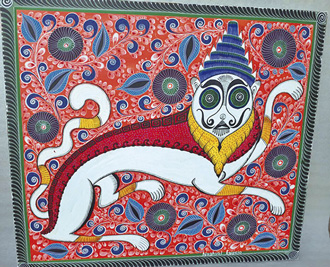 The theme is “The Colors of Nature” and artist lectures will be toward that theme.
For a fuller experience check Feria Maestros del Arte’s website www.mexicoartshow.com for information on the individual artists, plus  information on all aspects of the Feria - even hosting.
Arnulfo Vázquez Rodríguez believes working with barro (clay) is in his blood. He is third generation beginning with his grandmother who taught her trade to Arnulfo’s well-known father, Salvador Vázquez Carmona (featured in the book “Great Masters of Mexican Folk Art”), who then passed it on to Arnulfo.
New hours are 9:30 to 5:30 Friday and Saturday and 9:30 to 4:30 on Sunday. Admission will be $80.  The venue is Club de Yates on Ramon Corona just past the fish restaurants.
For Feria questions (general information, volunteering, artists), contact This email address is being protected from spambots. You need JavaScript enabled to view it..