Personal Musings About the Mystery of Life 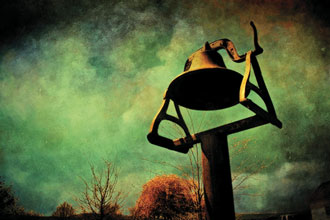 Time marches on for whom the bell tolls… Metallica

The other morning at 6:30, I heard the church bells ring to call the faithful to morning mass, followed by a slow and solemn ding-dong, ding-dong… to announce that someone in the village had died that night

It did not toll for me that morning, but I also wondered when it might and under what circumstances. Will I be alone or will someone be with me? Will I know? Will I suffer?

Once I asked my friend Don, as we were playing our weekly round of golf:

- “Don, as a priest, you know about these things. What happens when I die?”

- He paused for a while, and, after teeing off, slowly answered, “It will be a great surprise.”

He died a few months later, peacefully in his sleep, after he had returned from his annual Christmas visit with his family in Nova Scotia. So, my friend, wherever you are, ask the big boss to grant me the same.

We have no control over when and where our life begins, nor when and how it will end. Between the beginning and the end, in that time called “life”, we have the illusion of being in control. And unless there is such a thing as reincarnation, we only get a single shot at our moment in history. In the words of Emily Dickenson, “Dum vivimus, vivamus.” So, while we live, let’s live.

At times, I feel as if I have lived several lives in one, and know that I have no future other than my present. Some people live as if they would never die, and others die as if they had never lived.

When I spent money on “frivolous” things such as travelling – frivolous in the mind of my last ex-wife – she would ask the rhetorical question, but what about the future.

- “What future? I am living my future right now.”

She is – or was - as the case may be, the kind of woman who spent one dollar on gas by driving across the city to redeem a coupon that was worth 75 cents. Whether or not she is still alive, hunting for “bargains”, I don’t know; all I know is that I am spending my money on what pleases me, so that I will not be left one day with the regret of “I wish I had…”

Not always do I manage to live in my “present” future. No, at times I do worry, especially during sleepless moments at night when I can do nothing about what worries me, like dying alone. For many years, I have lived alone although my life did not start out that way, but soon became such.

So, here I am: living on the razor’s edge of time. My future is shorter than my past, and the present, well, as soon as I say it, it is gone and has been added to my past.

On a lovely morning a few days after my 75th birthday, I was sitting in front of the Black and White Café on the plaza of Ajijic on the shores of Lake Chapala, enjoying a mocha cappuccino, and as the sun kissed my face and the pleasant breeze from the nearby lake stroked my cheeks, I looked across the still brown Sierra – the rainy season had not yet begun – and my wandering thoughts took me across the mountains and the continent and the ocean to my first university English class, which dealt with “The Life and Opinions of Tristram Shandy, Gentleman,” the 18th century novel by Laurence Stern, in which the narrator and protagonist claims to remember the traumatic circumstances of his conception, followed by the equally traumatic event of having his nose crushed by the forceps of the incompetent doctor Slop, who assisted at his birth, and then later, his accidental circumcision, when a window sash came crashing down without warning on his foreskin, as he was urinating out of the window of his bedroom because the chamber pot had gone missing.

I don’t know why my thoughts strayed back more than 50 years, other than after crossing the threshold of my 75th year on this planet, I have more often thought about my own life and how the twists and turns had brought me to where I am now. But unlike Tristram, I remember neither my conception, which must have taken place sometime in the late summer of 1940, nor my birth, which happened on the second of May 1941, as I was told, a date which was later confirmed by an official document from the office of vital statistics with a fat swastika stamped at the bottom to prove its authenticity. 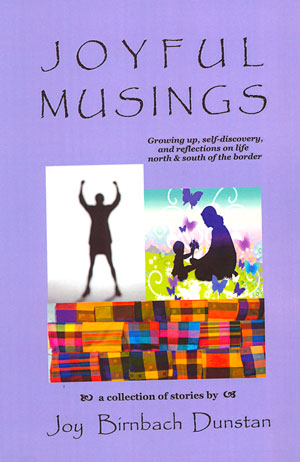