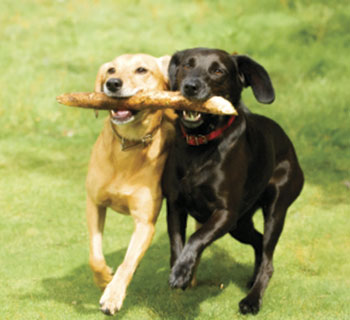 Issac Bashevis Singer, winner of the 1978 Nobel Prize in Literature, includes in The Collected Stories, the charming tale, “The Spinoza of Market Street.” Dr. Nahum Fischelson, a scholar and son of “the late Rabbi of Tishjevitz,” lives alone in a garret in Warsaw, and has, for the past thirty years, been studying the philosopher Spinoza’s Ethics: “He knew every proposition, every proof, every corollary, every note by heart. When he wanted to find a particular passage, he generally opened to the place immediately without having to search for it. But nevertheless, he continued to study the Ethics for hours every day with a magnifying glass in his bony hand, murmuring and nodding his head in agreement.  The truth was that the more Dr. Fischelson studied, the more puzzling sentences, unclear passages, and cryptic remarks he found.”

Dr. Fischelson, a bachelor, often stood at the single window in his room and looked up at the heavens, “thickly strewn with stars.” He rarely looked down toward Market Street below, a “half-lit bedlam,” filled with thieves, prostitutes, gamblers, rabble whose behavior was “the very antithesis of reason.” He knew that “these people were immersed in the vainest of passions, were drunk with emotions, and according to Spinoza, emotion was never good.”

Existing on a tiny pension, living in his attic room where he cooked his meals on a kerosene stove, putting on his wide-brimmed black hat once a week to go out and buy provisions, Dr. Fischelson “had isolated himself completely and had become a forgotten man,” and furthermore he was weakened by a mysterious illness, “his intestines seemed about to turn themselves inside out.”

But, in the dark corridor leading to his room, there was another door, “cluttered with boxes and baskets, in which the odor of fried onions and laundry soap was always present. Behind this door lived a spinster whom the neighbors called Black Dobbie. Dobbie was tall and lean, and as black as a baker’s shovel. She spoke with the hoarse voice of a man and she wore men’s shoes. For years Black Dobbie had sold breads, rolls, and bagels which she had bought from the baker at the gate of the house.”

One afternoon Dobbie received a letter, and needing someone to read it to her, she knocked on the door of Dr. Fischelson’s room, and then receiving no answer pushed it open to discover Dr. Fischelson “lay fully clothed on his bed; his face was as yellow as wax; his Adam’s apple stuck out prominently; his beard pointed upward.”  She screamed, certain that he was dead, but when she threw water in his face he opened his eyes.  The “street” had entered his life.

Several times a day Dobbie “prepared soup for him, left him a glass of tea.”  Dr. Fischelson continued to study the Ethics, but now “he could make no sense of the theorems and proofs with their many references to axioms and definitions and other theorems.”  Dr. Fischelson and Dobbie, apparent misfits, fall in love, and, to the astonishment of the locals, they marry.

Following the ceremony, “Dr. Fischelson lay down on the freshly made bed in his room and began reading Ethics.  Dobbe had gone back to her own room.” But Dobbie returned “wearing a silk nightgown, slippers with pompoms, and with her hair hanging down over her shoulders. There was a smile on her face.” And at this point, “Dr. Fischelson trembled and the Ethics dropped from his hands.”

That night powers “long dormant awaked in him. Although he had had only a sip of the benediction wine, he was as if intoxicated. He kissed Dobbie and spoke to her of love. Long-forgotten quotations from Klopstock, Lessing, Goethe, rose to his lips. The pressures and aches stopped. He embraced Dobbe, pressed her to himself, again a man as in his youth. Dobbie was faint with delight; crying, she murmured things to him in a Warsaw slang which he did not understand. Later, Dr. Fischelson slipped off into the deep sleep young men know.”

Waking early, Dr. Fischelson got out of bed and quietly walked up the steps to his single window and looked up at the sky.  “In the higher sphere, apparently, little notice was taken of the fact that a certain Dr. Fischelson had in his declining days married someone called Black Dobbie.” Filled with joy, he “breathed deeply of the midnight air, supported his shaky hands on the windowsill and murmured, ‘Divine Spinoza, forgive me.  I have become a fool.’”

Many of us at Lake Chapala, merely by moving here, have disregarded conventional wisdom, the warnings of others; and because of this we have experienced a reawakening of our lives.  Nevertheless, all of us still have some of Dr. Fischelson in us—hanging on to some interior “book of truth” that we ponder behind locked doors and gated communities—but the street below our window is calling to us, and who knows what lovely new experience is waiting just around the corner. 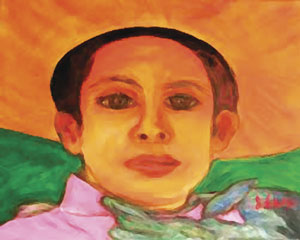