“Brad, I’m glad I don’t have to thrash around in the dating scene anymore. How about you?”

“Definitely! In my short forays, I found it to be frustrating. I decided that I couldn’t be responsible for my sanity if I continued.”

“You were my final gasp, Jen.”

“I had the same feelings when I looked over the dating scene here. We are in a retirement community, the rules are very different.”

“Women here are so into everything, yoga, meditation, volunteering, not to mention lunches.”

“What did you run into?”

“Trying to figure out what women look for while at the same time preserving some mystique. My conclusions are they want dinner, dancing and holding hands.”

“And full disclosure, like how many times were you married? Divorced or widowed? What did you do before you retired?”

Why is she asking me all this? Do I have to tell her about my jail time? What is she looking for anyway? I was an engineer~~it’s boring. I could do a border promotion and tell her I was a diamond merchant or a Hollywood producer. Or better yet, a banker.

“And woman want to know about wealth…money.”

Heaven knows I’d really like to see his bank statements and find out about other assets, in addition to checking out his abs. Maybe I should ask if he owns or rents? I wonder does he cook? (That would be great!) Is he sexually active? (Really great!) Has he ever cheated on his wife? Yes, yes, I want to know these things. Full disclosure…

“But wait, there’s more. Dogs…the women that I met here all have dogs; not only one, sometimes even five. Where does a man fit in? The couch gets crowded, not to mention other places. It’s hard walking to the kitchen for a glass of water without tripping over a fluff ball.”

Brad remembered the blind date he had with the first of four-dog women. As he approached the threatening wrought iron gate, the howling and barking of mongrels pierced his ears and filled him with trepidation. Was this a drug cartel house? Was she a narco? Who else would need this much warning?

He rang the bell, then hearing the entrance buzzer, didn’t move. His hand stopped in mid air. No way was he going to open that door. Did she think he had taken leave of all survival instincts?

Then the huge doors opened, and there she stood, surrounded by four hounds as big as ponies—smiling, “They won’t bite,” she said…still smiling…

“It seems some women might want a man in their life but they don’t want to make any concessions. They seem entrenched in their life and activities and there are only certain slots where a date might fit in.

“I remember one woman I invited to a formal fundraiser event. She said her regrets but asked for a different night: she couldn’t miss her Buddhist Meditation Group. It used to be a girl had to stay home to wash her hair!”

“But Brad, women here spend a lot of time building a life for themselves. Then along comes a man, but is he the one? Is a woman going to give up what she has put in place to make room for a man who may not be worth the effort?”

“What a man is looking for is much less complicated. Believe me, it’s not all about sunsets and cuddling. It is simply having the comfort of a woman.”

“It’s having a woman around who is kind and affectionate and who listens to our stories of past glories. It’s about having a woman to do things with, someone to hang out with.

“Does having the comfort of a woman include sex?”

“I would think a lot of the men here have biologically passed that season.”

“That could explain why so many men here have vision problems. By the way, how are your eyes?” 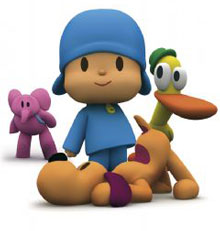