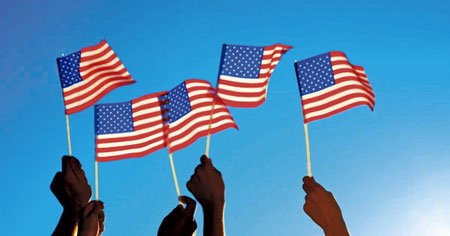 There are few times in our own lives when we stop and we think, I’m living in history. In years to come people will ask me, what was it like when . . .

My first moment of living in history was when Walter Cronkite told the viewing audience that JFK had died, that they would continue broadcasting with no commercial interruptions. I was ecstatic! No commercials. I was three years old and of course could not appreciate the gravity of what had happened. It was only when they closed the schools and I saw on TV that everyone was crying, that I knew something bad had happened. And even though my mother had not voted for Kennedy, she was terribly upset. This was the beginning of my understanding of shared loss.

As I grew, there were moments that made the world stop and hold its breath: the 1968 Democratic National Convention, George Wallace being shot, three kids being murdered in Mississippi, Blacks being granted the right to vote, the Apollo space flight, the Russian space flight, the Apollo moon mission, the legalization of abortion, the Vietnam War, the marriage of Charles and Diana, the divorce of Charles and Diana, the death of Diana, 9/11, the Oklahoma City bombing, and more than a few other instances.

But in the last year, I watched the United States, and then the world, fight against an invisible invader. No country was spared. In eleven months, more than two million people have died worldwide, while there are actually people who believe the virus is a hoax. My mind is blown beyond belief that the United States of America, the beacon of democracy around the globe, has become the Divided States of America. And then, just two weeks ago, there was an actual domestic siege at the nation’s Capitol.

My family has defended this nation since 1776. My love of the country is part of my being. And for the first time in my lifetime, I had genuine fear for the representatives of our government. In fact, since the election, I have felt frozen, unable to believe what was coming out of the mouths of broadcasters, the “talking heads.” And, yes, even a president. Leaving politics aside, I grew up knowing that people have their differences but that, as an enlightened populace, we could work through a problem no matter what. But this was different. It seemed as though we were being besieged by insanity.

It is my sincere belief that the overwhelming majority of Americans would choose  the seating of a candidate they didn’t want before they would choose the seating of a favored one through dishonest and illegal means. And so, we rode it out, waiting for the evidence the law requires to overturn the election. None was produced. Never had a candidate not conceded when faced with obvious loss. But when one has lost the popular vote, the electoral college vote, multiple recounts, and filed over 60 lawsuits in which NO wrongdoing is found, there comes a time when facts must be faced, as bitter as that may be. But this wasn’t happening, and I feared for our nation as people held the facts and the rule of law hostage and were whipped into a frenzy. For me, this was beyond politics, it was beyond reality.

I grew up Republican. But somewhere along the way I stopped using labels. There were things that Mr. Trump relished that I didn’t agree with, but I tried my best to understand what was behind his actions. After the recent election, in my mind, he and many others crossed an uncrossable line. Country first!  What about your oaths?

Today a new president was sworn in. The theme of the invocation was “malice towards none and generosity for all.” THIS is the lofty goal and real challenge that lies before us as a nation.

If we vow to allow for individual differences, choose negotiation over intransigence, engage in civil discourse and debate, and embrace the diversity that is one of America’s cornerstones, together we will forge a stronger and greater nation—as JLo inserted in her singing of “America the Beautiful”—¡Para todos!

Yes, people who broke the law should be held accountable. But beyond that, it is time we turn our gaze forward and create a history worthy of our beloved United States of America... together.