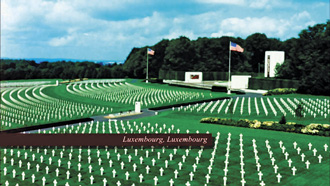 Sixty years ago I stood in the ranks and saluted as the Stars and Stripes rose to greet the day, and again as the sun departed and the melancholy notes of taps echoed into the night. I have walked through military cemeteries and read aloud names on the gravestones; “John Smith, United States Army, born 1926, died June 6, 1944.” They earned the right to be remembered and their legacy should be respected.

Khalid al-Hwasawi was a school teacher, a husband and the father of two small children. He went to the American base and reported what he suspected might be a bomb. Instead of thanks, the American MPs detained him, manacled his arms behind his back and threw him into a van. When he arrived at an un-named site he was thrown to the ground. An American kicked Khalid as he lay there. Another cut away his clothing with a knife.

Two more Americans dragged him into a concrete cell where the manacles were removed and he was chained with his arms above his head, only his toes supported him unless he allowed his chained arms to carry his weight. Naked, he was hosed down and left freezing wet in the cell. He had no sense of how long he was left in the cold except to remember that several times he was subjected to further hosing with cold water. Brilliant lights glared into his face and loud noises were broadcast into the narrow confines of the chamber. Suffering from cold, severe pain and disorientation he was left alone. “What have I done?”

After what seemed an eternity his captors returned, removed the shackles and he collapsed to the floor. Again he was kicked and beaten with a club. One of his tormentors urinated on Khalid’s face and chest. They invaded his anus with a broom handle and forced gasoline into him. Again they left him alone in the cell, now violated and supine on the cold concrete floor. The glaring light and noise continued. The pain of his injuries prevented rest and deprived him of the relief of unconsciousness.

Endless hours of agony passed and then Khalid was dragged into another cell where an interrogation began. His inquisitors demanded that he reveal his relationship to Saddam Hussein and to terrorist Al-Qaida conspirators. He weakly declared that he had nothing to do with terrorists or Al-Qaida. His hands and feet were again secured. They placed a brace in his mouth to hold it open and a cloth was placed over his face. They began to pour water over the cloth into his mouth, into his throat. To take a breath was to inhale water. He felt he was being drowned. They stopped the flow of the water and removed the cloth. He choked and gasped.

Water erupted painfully from his throat and lungs.

His tormentors demanded what he knew of Saddam Hussein and his hiding place and Al-Qaida. Khalid again replied that he was just a school teacher, a father, with a wife and two small children. They repeated the water-boarding several more times and he repeated his denials until finally he told them what they wanted to hear . . . all desperate inventions.

They removed him to the original torture cell where he was left naked and broken. Later he was given a bare minimum of food . . . sufficient to keep him alive. Then countless miserable days later he was jerked to his feet, clothed and placed on an aircraft to an unknown destination, later identified by other prisoners as Guantanamo.

After ten years of imprisonment his innocence of any connection with Al-Qaida, terrorists or insurgents had been confirmed by investigators. He knows nothing of his wife and children, nor they of him. Exoneration by specially appointed judges have changed nothing. He remains incarcerated with no hint that he will ever be freed.

These acts of torture and illegal internments are taken from the investigations of independent journalists that have contributed to the exposé book American Nuremberg by Rebecca Gordon.

This short piece paraphrases reports Gordon included in her work by such highly respected investigators as Seymour Hersch and the International Committee of the Red Cross charged under the Geneva Conventions with protecting the rights of prisoners of war. Direct orders from Vice-President Cheney prohibited Red Cross representatives access to interrogation centers. American military police and CIA officials have been responsible for the greatest part of these travesties, but no one above the rank of sergeant has ever been prosecuted for war crimes.

Gordon reports statistics showing that 60-70 percent of these detainees were entirely innocent of any connection with terrorism or Al-Qaida. That is about the same ratio of civilian deaths to combatants on the battlegrounds of villages and cities during America’s War on Terror. Once an entire wedding party was annihilated by a drone attack in Yemen, al-Hwasawi is an icon for all those who have received American justice.

Gordon’s book is an indictment for the war crimes of two United States presidents, Bush and Obama, their vice presidents, their military leaders, the CIA and other cabinet officials from their administrations. The book was published before the beginning of the Trump administration, but the travesties continue.

What of al-Hwasawi’s wife and children? Who but they will remember him? So . . . who now are the terrorists? The orphans of the past who have now become the jihadists of the present and the future? Or us? It has taken me a long time to shed my naiveté. My heart bleeds for what we have lost, what we have become.