The Door To Nowhere

By Katina Pontikes
This email address is being protected from spambots. You need JavaScript enabled to view it. 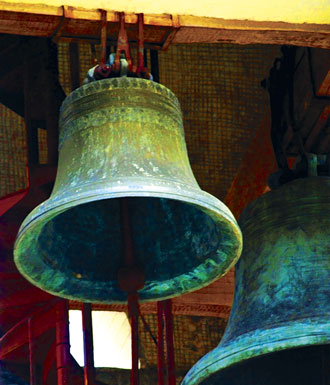 The church bells tolled the midnight hour. No noise at all came through Jack’s open window. Not even nature seemed to have any comments to offer him through the heavy black blanket of night. The hot air was sticky, and would surely cause the air conditioning to hum without pause, much to the dismay of his mother when she received the utility bill for the month. But Jack had to keep the window open or he would surely suffocate from the dullness that pervaded his every waking moment.

La Puerta, Texas had the inference of possibility, translating to “the door.” But to Jack the name was a blatant lie, as nothing in this town led to anything but dead ends. The population was only 837 people, per the welcome sign on the highway. Most of the inhabitants were ancient, over forty years old, and dull and close-minded. He was going to change that number on the sign tonight, make it one less person. His plan was loose, but he was willing to take chances to take control of his destiny.

Jack had taken care of his mother since he was ten years old, and his fun-loving father left town to chase after an English girl whom he met when she came to town to work as a nanny. He was never seen again, and Jack always had understood that although his mother had been hurt by the abandonment, his father had been escaping a fate akin to psychological death. So Jack loved his mother as best he could, made her proud with his accomplishments, and acted as the man of their house. But now he was sixteen years old, and felt that he was a real man, ready to go out in the world and taste the life of a bigger city.

His ticket out was quite a surprise. He liked to offer comments on Facebook when topics caught his interest. One day when he was chatting a defensive retort to an insult about New Orleans, a pretty woman had sent him a message to connect. She offered to host him at her apartment in the French Quarter, if he ever made his way to the city. Her photo looked nice enough, her smile warm and her age indeterminable. A free place to stay, with probable food and liquor. And a female friend to keep him company. He was motivated, and had started planning his escape that very day.

The woman had provided a phone number and an address, and Jack had stayed in touch with her for over three months now. She was eighteen and she danced in a club and made really good tips, but the men were disgusting and she wasn’t going to work at the job for much longer. Once she saved enough money, she was going to leave the business. She needed a trustworthy male to accompany her on her next project. Jack just might be that guy. She offered a trial period where they could see how they got along, and whether they could come up with a plan that would work for both of them. A dream was what they needed.

Jack switched on his flashlight and checked his duffel bag one last time. He had everything required to hitch his way to New Orleans: fruit, cans of Coke, fifty dollars and a change of clothes. He walked slowly through the dark on his way to the window, barely visible as it was backlit by the streetlight.

Suddenly he heard a faint cry, his mother’s.

“Jack, help! I can’t breathe!” He froze in place, paralyzed by indecision.