Read this first if you want to see another of local impresario (impresaria?) Jayme Littlejohn’s fine offerings. Tickets may be available for this weekend’s performances.Shows are July 8 and 9, Saturday at 7:30 pm and Sunday at 4 pm.

Here’s a variety extravaganza - a plethora of talent and a perfect midsummer entertainment escape! 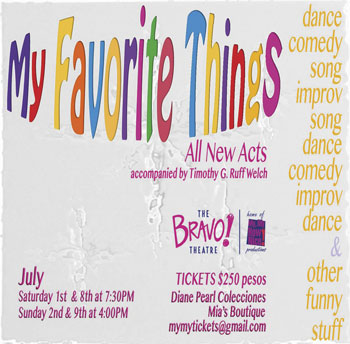 Timothy G. Ruff Welch accompanies some of Lakeside‘s best singers, and then there are tap dancers, Latin dancers and an improv comedy team.

Tickets are $250 pesos, available at Diane Pearl Colecciones, Mia‘s Boutique and from This email address is being protected from spambots. You need JavaScript enabled to view it..

Let Cindy Paul and Pancho Martinez take you back to the gentle 60’s and early 70’s, when people wore flowers in their hair and we actually thought they could change the world. 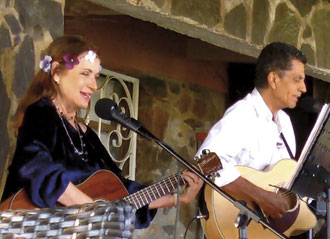 All of these are actual performances recorded in stunning high definition before live audiences and shown on LLT’s 14x8 foot screen.  The first of the series, Amadeus, has already been shown.

Here are the scheduled performances.

Performances are Saturday evenings at 7:30 pm and Sunday matinees at 3:00 pm.  Tickets (250 pesos) for the upcoming shows can be purchased two weeks prior and the week of the show at the LLT box office Wednesday and Thursday from 10 am until noon, and one hour before curtain

Ed will discuss some of the Mark Twain legacy that he couldn’t fit into his more playful homage to Twain, Mark Twain, Uncensored, which was performed last August at LLT.

Today’s more serious commentary explains the fierce and outspoken social critic Twain had become – about the social and ethnic injustices, the arrogance of power, and the bigotry aimed at the disadvantaged masses in the late 19th Century. Although his incisive wit and fearless political satire made Twain’s work beloved internationally, it was the lesser-known serious observations and insights underlying his work that made him immortal.

Ed Tasca is a writer and occasional performer at Lakeside Little Theater and the Naked Stage. Of his introverted career as novelist, playwright, and humor columnist, he says, “I’m most proud of the fact that I still sometimes get party invitations.” 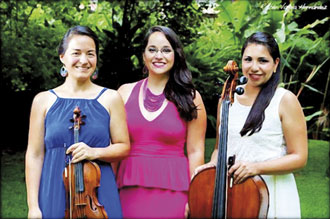 This piano trio is made up of three friends who are highly accomplished musicians. They love to play chamber music and continue together growing professionally in their music, ultimately to perform at the international level.

Their Open Circle program will include, among others, works by Bach and Piazzolla. Astor Piazzolla is their favorite composer, whose tangos inspired them to form this piano trio.  The three are members of La Orquesta Sinfónica Juvenil de Zapopan.

July 23  The State of the European Union: How a Union of 28 (soon minus 1) Independent States without Borders Works 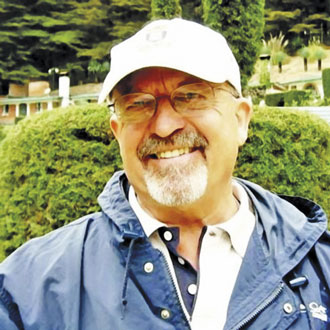 Karl will describe the troubled history among European neighbors and the first seemingly impossible dreams of visionaries who imagined a peaceful future for the continent. After a quick romp though the past 55 years, Karl examines the challenges faced by a union of such  culturally and temperamentally diverse nations.

Karl is not a political scientist. His point of view is based on personal experience and his talk is based on research—a recent trip to Europe with interviews of citizens of the EU, immersion in the news outlets and the views of opinion writers and serious analysts. He was born in war-torn Germany, raised in an ideologically divided Germany, and lived for two years with the infamous wall dividing Berlin. He left Germany at age 25, became a citizen of Canada, and retired in Mexico 11 years ago.

What happens when a truly innocent, as opposed to “not guilty,” person is convicted of a crime, incarcerated, and all avenues of appeal within the system have been exhausted? Enter the Innocence Project, which is not part of the system. David will speak on how the Project has exonerated hundreds of wrongfully convicted people, including some on death row. He will also examine the current debate over the constitutional rights in the US of persons accused of illegal immigration and terrorism.

David has been a full-time Lakeside resident since 2004. His passions include helping stray, abused and abandoned dogs. He is also a frequent guest speaker on cruise ships where he talks about the history and culture of the countries visited as well as about the Innocence Project. David lives in Chapala with his wife and three rescued dogs.

Lou Raskin has resided in Mexico 12 years, the latest two at Lakeside. As a member of the Open Circle Steering Committee, he oversaw the development of the website, which he currently maintains. He earned degrees from Naropa University, Boulder, CO, in Transpersonal Psychology and in Ecology.

The two were integrated into the study of Ecopsychology, the relationship of the human species with the natural world. His principal career was with the aerospace industry.

The next Viva Musica concert will be at 4 pm on Thursday, July 27, at St. Andrew’s Anglican Church, Riberas del Pilar, with up-and-coming Viva scholarship winner Sergio Parra, who not only plays the piano with flair but is a composer interested in the indigenous music of Mexico, particularly the Jalisco Huichol musical heritage.

This day his program will include the following: Franz Schubert’s  Sonata No 21;

The third Viva concert will be at 4 pm on Thursday, August 24 at the Auditorio and features Canadian mezzo-soprano Michelle Bogdanowicz with her Mexican-American husband tenor Ernesto Ramirez. Songs will include DeFalla, Tosti, Donaudy and Caccini, also operatic arias and duets from La Boheme, Carmen and Madame Butterfly.

The Naked Stage presents “The Odd Couple,” (female version)” by Neil Simon, on July 28, 29 and 30.  It’s directed by Collette Clavadetscher.

If you don’t already know what the play is about, it can be summed up easily: two polar opposite personalities become roommates —one a carefree slob, one an uptight neurotic – and hilarity ensues. That’s pretty much all you need to know. 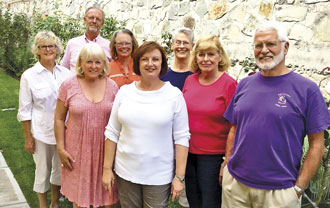 TIMED WRITING TO A WEEKLY PROMPT

You don’t know what that is? Come to the Ken Gosh Pavilion at LCS on Thursdays from 10 to noon and find out.

This is a drop-in group for writers at all levels of skill and experience, using a writing practice developed by Amherst Writers & Artists. It provides beginning and experienced writers with a supportive and encouraging context in which to write. “Come and get juiced!” says Susa Silvermarie.

Lake Chapala Birders is an informal group of bird observers led by John and Rosemary Keeling. 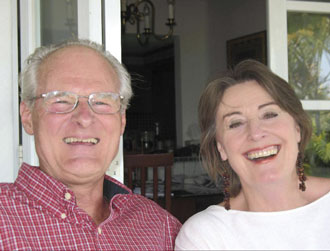 The club’s bird walks are open to all those interested in birds, both. beginners an experienced birders.   Just bring binoculars and show up. There are always knowledgeable birders on hand to identify the species.

There were 95 species sighted around Lake Chapala in May, from the Groove-Billed Ani to the Common Yellowthroat.

Don’t hesitate to contact John and Rosemary if you are seeking information about birding in the area. We also like to hear about sightings of birds or nests at: This email address is being protected from spambots. You need JavaScript enabled to view it. or 376.766.1801. Check out the website: chapalabirders.org

FRIENDS OF THE BALLET

She tells us that the Company’s fall and winter performances will be equally as exciting as the recent production of Don Quixote.  Their next performance will be Romeo and Juliet. It will be held at the Degollado Theater in Guadalajara the third weekend of September. In October and/or November they will perform Swan Lake on the Lake at Parque Metropolitano in Guadalajara and, she hopes, possibly here at Lake Chapala. They will finish off the year with the very well known and loved Nutcracker Suite in December. For more information and discussion of ticket purchases, get in touch with Suzanne at (011 52) 376 108 1621 or call on her cell at  33 3150 6814.

M.M.XX, a one-act play about the last day of Marilyn Monroe’s life stars Candace Luciano in a one-person play directed by Peggy Lord Chilton. Play runs from Aug. 4 to Aug. 10 Call theater for details at 766-0954.