Ignorance Is Not Bliss

We are all very familiar with Gorge Santayana’s famous quote about those who forget history are doomed to repeat it. This quote may no longer be relevant, not because it is not true, but because we are so ignorant about history that we have little historical knowledge to forget!

Perhaps I exaggerate. After all, many Ojo readers, being of a certain age, have an excellent understanding of modern history.  Much of it, I dare say, we actually remember. Not so, unfortunately with many younger citizens.

A Pew poll recently found that close to one half of Americans misunderstood the cause of the Civil War to be a dispute over federal authority, not secession over slavery; perhaps that’s a Tea Party spin, but factually inaccurate.

A venture capitalist, Tom Perkins, recently compared the Democratic Party’s raising of taxes to Kristallnacht, hardly an apt analogy, but not very different from conflating Obama’s administration with Hitler’s Nazi Germany.  Of course, both of these red herrings reflect a fundamental ignorance about World War II. Of course, that war was as long ago to contemporary college students as the Spanish American war was to us!

Coincidentally, American’s ignorance about history is complemented by a lack of understanding about the Federal Government and how it works.  A 2010 survey on the Federal budget, for example, found that a majority of Americans favored cutting foreign aid, which they estimated to be about 27% of the budget, and “waste,” which they estimated could reduce the budget by 50%.

Some of this misunderstanding can be attributed to the poor job the mainstream media is doing focusing on dramatic political conflict rather than educating people about historical precedent and critical analysis.  Part of the problem, obviously, is with the American highly decentralized education system which allows local communities to design and implement their own educational standards, often reflecting cultural and political bias.  With the post-secondary education concentrating on vocational training, the liberal arts are being ignored at our peril.

The implications are disturbing.  When a high percentage of Americans cannot explain the purpose of the Constitution and 44% cannot even identify the Bill of Rights, then we have a problem.  How can we expect our citizenry to value the protection of constitutional rights when they barely understand how we got here or how our system is supposed to work?

Many European people have a better understanding of history, perhaps because so much of it has occurred in their neighborhood.  I suspect Canadians may have a somewhat better grasp of history than Americans.  I am certain they understand the US form of government better than Americans understand the Canadian parliamentary system.  (Disclosure: I was unaware, until I visited PEI, that the Canadian confederation took place in Charlottetown.)

The big story here, of course, is how this high degree of historical ignorance has implications today. In addition to misunderstanding budget issues, many Americans overestimate American standing in today’s increasingly competitive world.  The US, once the envy of Western democracies, is faltering in such fundamental measures as educational attainment, health care, and standard of living.  How can we understand today’s income inequality if we have no understanding of the pre-labor union corporate exploitation at the turn of the 20th Century?   How can we address fundamental poverty without understanding the legacy of Jim Crow or the Great Depression of the 1930’s?

Ignorance, of course, leads to an oversimplified view of complex issues.  As Alduous Huxley famously declared, “Facts do not cease to exist because they are ignored.” 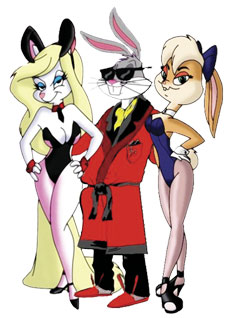