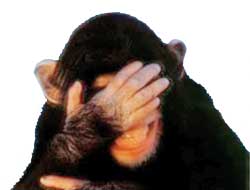 (Ed. Note: Several years ago, a major magazine in the US ran a popular feature with the same title as the one below—and thinking this might make for some fun down here, we are soliciting such articles from our readers--which must be signed. To encourage our readers to dip their toes in the water, I will start the series by jumping fully-clothed into the pool myself.)

“My Most Embarrassing Moment”

Many years ago and seemingly in someone else’s lifetime, soon after graduating from SMU, I married into a prominent family in Dallas. My wife was a wonderful person and so was her father, who invited me to come into the family business. But I was hell-bent on making a career in the movie industry—an aspiration he thought indicative of mental instability.

For a while, it seemed he was right. But three years later, while still working for an insurance company in Los Angeles, I set out to co-write, produce and direct my first feature film, even though I had never even seen a movie being shot. The film, No Return Address, would eventually make a handsome profit—but the money did not come in time to save my marriage.

Over the next 15 years, I made several more low-budget movies, some warmly received by the critics but most tanked financially. Then, the past reappeared in the lovely form of my ex- wife. To my surprise, she was still living in LA, but would be finally moving back to Dallas in the next few days.

She suggested we have a farewell dinner, and mentioned Chasen’s, a restaurant I had never been in but knew as once having been favored by Humphrey Bogart and many other of filmdom’s rich and famous.

Hey, dinner with a woman who had once meant so much to me, Bogart, Chasen’s, great, right? Wrong—because at that moment in my heavily checkered career, I had some seventy five dollars in my pocket—which might, from all current indications, have to last me for the rest of my life. But the money should be, I thought, enough to get me through the evening with my pretentions unperturbed.

Wrong, again. One look at the menu prices and I immediately considered bolting for the door. Instead, I feigned a slight discomfort that had “robbed me of my appetite.” My comely companion said that my spirits would improve after I’d had a drink—and promptly ordered an expensive bottle of wine.

For the next hour, she sweetly asked me about the state of my film career and personal life—to which I blah-blah-blahed about how wonderful everything was. In reality (a place I occasionally visited but never stayed for long) I had recently lost my Mark VII Jaguar sedan and apartment in Hollywood and had been living with a friend for the past few weeks.

When the check came, it was some $72. Miraculously, I could cover it! But when I got my change, the fair lady whispered that the few dollars on the tray would not be nearly enough to cover the tip—to which I confidently confided that I was a regular customer and would settle the matter after I had escorted her to the parking lot.

Outside, when she asked about my car, I politely said that we should get her car first. Another surprise: for a petite, demure and still svelte woman in her mid-30s, her car was a growling Corvette, more the kind that an Indy 500 driver might have been driving.

As we said goodbye, she kissed me and said how happy she was that everything had turned out so well for me—and with that she roared away. I turned to the young valet. The parking was free, but patrons were expected to tip the help. I had just started to go through my song and dance when the punk sneered, “Forget it, pal. You need the money worse than me.”

I must have turned beet red before starting the long walk back to my friend’s place. He had recently rented a sparsely-furnished house, and having but one bed, he had put blankets and a pillow into a long, empty window flower box—and that very same embarrassing night, a would-be burglar opened the window and easing himself into the house planted a foot right in my face.

Ah, but that’s another humiliating story.