In the small Pueblo of Santa Cruz de la Soledad, where I live, the local grade school is named Leona Vicario. At least a dozen times per week I walk by the school with its opened windows and playground where I often hear the teachers or students at work or play. Sometimes I wonder if they might have their lives influenced by the heroic acts of their school´s namesake.

Her full name was Maria de la Soledad Leona Vicario Camila Fernandez de San Salvador and this does not include her married name, but with such an impressive name I think she would most likely treasure the honorary name the Mexican Congress bestowed on her when they awarded her they named her Meritorious and Most Sweet Mother of the Nation. Her full name is inscribed on the Wall of Honor at the San Lazaro Legislative Palace, headquarters of the Chamber of Deputies in Mexico City.

In 1982 there was a Mexican TV series based on her heroic and interesting life; billed as full of drama and romance, some called it period soap opera.  In the State of Quintana Roo, close to Cancun, there is a town called Leona Vicario.

Leona Vicario was born April 10, 1789 in Mexico City to well-to-do parents. Her father was a merchant from Spain and her mother was from an equally wealthy family from San Salvador; actually one source said both her parents were Spanish. She was pampered by her parents until she was 18, when both died and left her in the care of her lawyer uncle, Agustin Fernandez de San Salvador Pompous. By that time she had acquired a good education and learned science, art, painting, singing and literature.  It made me wonder if she had read any of the works by the Mexican scientist, musician and writer, Sor Juana Inez. Of course, since Leona was attractive, well-to-do, educated and available, she had no lack of men to court her.

Her Uncle Pompous promised his niece in marriage to another lawyer named Octavian Obregon; however, Leona was in love with Andrés Leone Quintana Roo, a law student from the Yucatan, whom she had met in her uncle’s offices. Andrés asked her uncle for permission to marry the beautiful Leona. Her uncle refused and forced the two to separate. Also, Uncle Pompous did not approve of the radical political idealism of the young Quintana Roo. Leona was saved from marrying Obregon when he was called to Spain before the wedding could take place.

Leona was an early conspirator in Mexico´s fight for Independence, probably influenced by her friend, Andrés Quintana Roo. Even before the Revolution had a name she was a member of the super-secret group that called themselves the Guadalupes, whose members formed a network of cells in preparation for what they knew would be an arduous struggle for independence from Spain. Before there was Mata Hari or the White Mouse, there was Leona Vicario, who passed along information she gathered at the vice royal court to Padre Miguel Hidalgo and José Maria Morelos. Vicario was known to give shelter to fugitives of colonial justice and later, as the War for Independence grew in numbers, strength and casualties Vicario used her personal funds to supply medicines and to pay for much needed supplies.

In 1812, Vicario sold her inherited jewels and some personal properties to pay for the manufacture of cannon and a supply of munitions from a Tlaquepaque arms dealer. Someone estimated that she probably spent about $85,000.00 in 1812 US dollars of her own money to aid the insurgent movement.

In March of 1813, one of her secret letters was intercepted and Leona Vicario fled Mexico City for her life.  Leona was interrogated and faced with substantial incriminating evidence; I can only imagine the methods the Court of Inquisition used to try and extract information from this heroine. Despite all their methods Leona Vicario never revealed the names of her contact, associates, their plans or their locations. The Board of Inquisition confiscated all her personal properties and sentenced her to imprisonment.

Vicario was sent to the convent prison of Belén de las Mochas. In May 1813, after she had spent several months in prison, she was visited by three colonial officers. The men led the stoic Leona Vicario to a private room, supposedly for further interrogation.  Once inside the room the men revealed that they were actually dressed in stolen uniforms and were there to help her escape. Her clandestine departure from Mexico City was the stuff of high drama and intrigue. She disguised herself as a black woman, (remember she was from a class that looked down on black people) and in disguise  travelled on a donkey loaded with pulque leather.

Once in Tlapujaha, Michoacán she was taken to the safe house of a friend. When she rounded the corner to the main room she was confronted with the man of her dreams, Andrés Quintana Roo. Later the two married and continued to fight for Mexico´s independence.

Although she no longer had her fortune to use for the cause, Leona Vicario had her education, skills and personal beliefs, along with a large reserve of personal energy. Like the American Revolutionary Thomas Paine, Leona Vicario wrote political pamphlets and articles, some for the American Illustrator and Patriotic American Weekly.  She also helped nurse the wounded, prepare munitions and do whatever was possible to further the cause she and her husband so fervently believed in.

After the Revolution’s leaders José Maria Morelos and Padre Hidalgo were captured and executed, Leona and her husband were offered pardons, which both rejected. As hunted and wanted revolutionary criminals, they were forced to live in hiding and in very precarious circumstances. In 1817, Leona and Andrés had their first child, a daughter, who was born in a damp cave in the Tierra Caliente.  A few months later, on March 14, 1818, the couple along with their infant daughter were captured by the Royalists troops. Realizing the possible consequences for her child, Leona accepted the pardon she had earlier rejected.

In 1823, after independence from Spain, the newly formed Mexican Congress rewarded Leona Vicario for her many personal sacrifices by granting her a cash settlement, an estate called Ocotepec and three houses in Mexico City. Later she and Andrés Quintana Roo had a second daughter whom they named Dolores after the town where Father Miguel Hidalgo first raised the cry for rebellion in 1810. Since her death in 1842 at the age of 53, her remains have been re-interred several times. Originally both her husband and she were buried together in the Independence Column in Mexico City. In 2010 Leona Vicario´s remains were temporarily displayed at Chapultepec Castle and later taken to the National Palace and placed in the National Gallery. She is the only woman who has received a Mexican State Funeral. 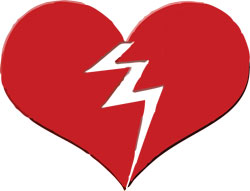 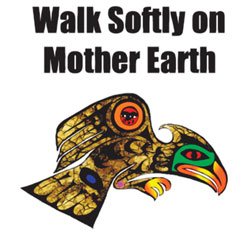 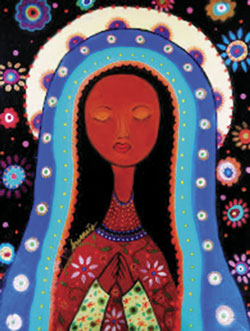 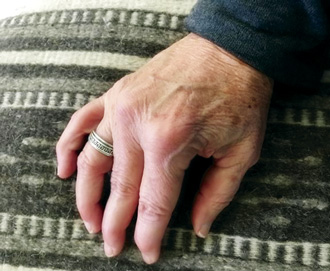