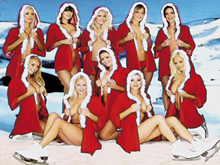 Re-gifting....an interesting word. Unheard of a few years ago but then the whole English language seems to have taken on a life of its own, what with all the new computer lingo out there. That’s not to say that I’m not familiar with the concept but we used to call it recirculating white elephants. Along with less is more, I have embraced a new motto - if I can’t eat it or read it I don’t need it. Mind you, that doesn’t always work out for me as I’m still trying to unload a wheel of chili flavored cheese and three bags of beef jerky.

Re-gifting isn’t only limited to the holiday season. It you have a friend/relative who is downsizing, my advise is to steer clear of them until the move is completed.  I ended up with an ugly green la-z-boy chair that took me months to get rid of.

I always feel a slight twinge of guilt as I pass along some items as my memory isn’t what it used to be and there is always the slight chance it is returning home, if you get my drift.  But honesty is always the best policy so when my son asked if I would mind if he exchanged the ivory chess set I gave him for a power tool, I said “go for it” as I had already turned in a gym membership he had given me for three manicures and a pedicure.

Jewelry is always a great gift to give as it rarely gets recycled, although, that cocktail ring my girlfriend gave me for my birthday sure looks familiar. One of the pluses of the advancing years is that the mind doesn’t worry about what happened last week and enjoys the moment. Surely she wont recognize the bath salts I gave her.

Have you noticed that we tend to buy things that we would like to receive ourselves? My sister didn’t really need that sombrero grande I bought for her in Mexico but it sure would look good on my patio.  I think we should have a pass-it-around theme on Christmas mornings. If you see something you like, keep passing gifts around the room until everyone has the perfect gift for them. My husband had the right idea, he would admire the pretty package wrappings and then set the boxes aside unopened knowing that whatever was inside was more than he needed. We would all laugh at him but as he was difficult to buy for, he was probably right.

But, take heart, all is not lost as I have discovered over the years that the one gift that never gets passed on is—a check. It saves time in guessing what size and styles the grandkids need and they can do their own shopping. Now if I can just find someone to re-gift that ten gallon hat my amigos sent me from Texas, all will be right with the universe once more. Happy shopping! 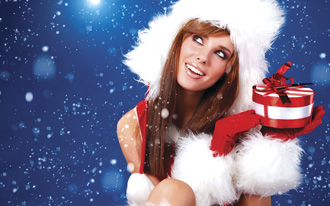 Re-Gifting
Re-Gifting By Margie Harrell     Re-gifting... an interesting word. Unheard of a few years ago but then the whole English language seems