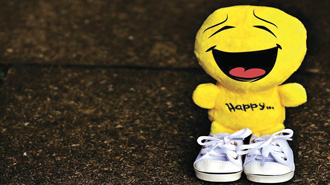 Boy, I could really use more doses of laughter medicine right now. I don’t think it’s my imagination that the state of the world seems to be right on the verge of catastrophe.

Tension builds as I see the iPhone news updates. All the bigwigs in Washington are engaged in document hide/reveal battles on what was discovered while the FBI looked at Russia’s sway our election, threatening our Democracy. The fighting harkens back to the times of the Roman gladiators. There is the element of public spectators, only on our televisions instead of at the coliseum. The fighters, all at the top of their games, wave papers importantly and pronounce verdicts as if each pronouncement will be a final say in where things go. Then the other side makes a counter announcement, waving their own sheaf of deciding papers. This goes back and forth, while male dominated courts are likely to decide what secrets the public will get to see.

A menacing leader stands back and watches all the fighting, as if for his entertainment. “Off with their heads!” is replaced by “He’s fired!” anytime things look like they may be threatening his royal image.

Droves of evacuees flee failed dictatorships and violence, starving, poor persons with nowhere to go, walking thousands of miles in search of better lives. We won’t let them come to the U.S. because we are pronounced “full,” right when the news is saying our birthrate is dropping and there aren’t enough millennials working to keep the social security system and Medicare functioning properly.

The Brits can’t decide whether they can remain united with the rest of Europe. Peace with the Irish is now fragile. They fight amongst themselves as much as we do.

Europeans are furious, for both economic and travel reasons. Life as they have known it is in jeopardy.

When affairs are this filled with gravity, great humor can break the tension. Bob Hope knew this when he used to go to the hottest combat zones with comedians and starlets to lighten the moods of soldiers. His show went on for years and helped not only those in combat, but their families who watched these heartwarming, lighthearted displays on television, while they were separated from sons and daughters during holidays.

In Vietnam, where soldiers were despondent, a raunchy, funny radio host became famous for making the soldiers laugh. He opened his program with a screaming “Good Morning, Vietnam!” when every morning was potential death. Robin Williams was in a movie about this controversial disc jockey and the joy he brought to the grimmest of circumstances. The cheering, laughing soldiers adored him and the irreverent rock songs he played for them. Leaders were threatened as he poked fun at the obvious.

Ongoing battles for racial and female equality continue to rage on, as they have forever.

Comedians lightly veil their intent by creating satirical movies such as Get Out which deals with the challenges facing African- Americans in the U.S. This movie was a surprise smash hit, its subtle message resonating with a public exhausted from black, unarmed men being killed for sometimes doing nothing but walking to buy candy or selling cigarettes to feed their families, the value of their lives reduced to zero.

Amy Schumer, the comedian, has a special on television in which she skewers sexual norms and attitudes toward women with raunchy jokes that could never have been televised twenty years ago. It’s as if she is screaming, “We are equal to men, can be as nasty as them, and by the way, we Love sex!” She makes us laugh at the fact that women are still frightening to men.

Women are often absent in leadership meetings, partly because some of the men fear their power and logical questions. Also, they aren’t quite as thrilled with waging wars.

Our vice president will not meet with a woman unless another man is present. I guess he is afraid of what he might do, tempted by all the free-floating hormones. How can such a thing be justified in 2019? It reduces the number of powerful meetings he will have with women. Keep them on the perimeter of the decision-making process. I see the photos of the all-men meetings around the conference tables. The photos speak volumes.

What I really need in this environment is more Colbert, Maher, Noah, each giving a grim newscast and simultaneously poking fun at the stupidity of what is going on around us, much like the jokers in kings’ courts. Bring on more humor, please. For the sake of my sanity, I need to laugh.