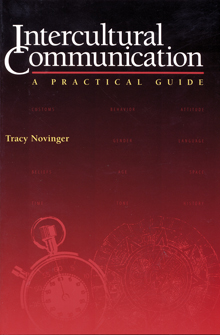 (Ed. Note: What follows is an excerpt from Ms. Novinger’s excellent book. It was published by the University of Texas Press, sells for $16.95 and can be purchased from amazon.com)

Communication between the United States and Mexico will always be difficult but never impossible. The successful U.S. corporation Corning and the giant Mexican glass manufacturer Vitro, in Monterrey, formed a cross-border alliance in 1991 that seemed blessed. They both had histories of successful joint ventures and a global orientation, and both were still headed by founding families.

In February of 1994, however, Corning handed back Vitro’s $130 million dowry and called the match off. Francisco Chavez, an analyst with Smith Barney Shearson in New York, said, “The cultures didn’t match...It was a marriage made in hell.”

On a day-to-day basis, no single country affects the national interest of the United States in more ways than Mexico. On an economic level, in 1993 Mexico had become the United States’ second largest trading partner, after Canada. Mexico was buying 70 percent of its foreign purchases from the United States, which in turn absorbed 67 percent of Mexico’s exports.

One year after the 1993 signing of the North American Free Trade Agreement (NAFTA), statistics from the U.S. Commerce Department measured Mexico’s imports from the United States as equal to the combined U.S. imports of Germany, France, Italy, China, and Russia. Jesus Reyes-Heroles, Mexican ambassador to the United States in 1998, pointed out that by 1997, trade between Mexico and the United States had reached $170 billion- double the amount in 1993. Reyes-Heroles called the success of NAFTA a well-kept secret.

But even greater success is available to those who will take the time to understand cultural differences, whether they be Mexicans or North Americans. The twenty-five-month business union between Corning and Vitro that held such great potential was damaged by constant cultural clashes that proved fatal. Corning managers did not expect to have to wait for important decisions. The manner of decision-making in U.S. and Mexican cultures is different.

One needs to know that only high-level executives in Mexico can make decisions, and Vitro’s decision-makers were often busy with other matters. Vitro-as is typical of Mexican businesses-was more hierarchical in structure than is the norm in the United States. In Mexico, a loyalty to fathers and patrones somehow carries over to modern corporations. As a matter of loyalty or tradition, decisions are often left to a member of the controlling family or to top executives, and the opinions of mid-level managers are usually not requested. The cultural gap separating the two businesses amounted to a different approach to work, which was reflected in scheduling, decision-making, and etiquette.

Cultural disparities hurt the two companies’ ability to react together to a fast-changing market with a stronger peso, increased overseas competition, and a rethinking of market strategies by both Vitro and Corning. The cultural hurdles to successful business seemed insurmountable, so the two companies called off the promising joint venture.

The failure of the Corning-Vitro alliance was unfortunate. Many think that Mexico offers the greatest business opportunities that North Americans will see in their lifetimes. In the 1950s and 1960s “Made in Japan” signaled an inferior product to much of the world, but the Japanese made a remarkable change in the quality of their production in just a few decades.

Mexico today may be on the same track to significant change-and some say that now is the time to establish a market presence. Henry Kissinger wrote that Mexico’s propensity to import from the United States is the highest in the world with or without NAFTA. In the next century Mexico will have a population of more than one hundred million, our de facto open borders make friendly relations a vital national interest, and twenty million Mexican residents in the United States link the interests of the two nations on the human level. Cuauhtémoc Cárdenas, who was elected mayor of Mexico City in 1996, campaigned in Chicago for Mexican votes.