The Brujas of Mexico and California 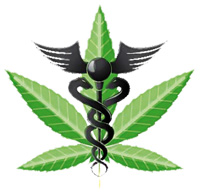 Medical marijuana is available in California in dispensaries if one has an easily obtainable certificate of need. Production and consumption have become so entrenched that it would be foolish for the government to try to enforce federal laws. Cable TV recently presented a full-length documentary on marijuana production in California. Today’s “War on Drugs” inevitably invites comparison to the failed experiment in Prohibition – and to the related Mafia and Mexican drug cartels. If it’s war, it’s time to surrender.

One of the craziest examples of illogic deprives U.S. farmers of an important industry in the growing of hemp, which has 50,000 commercial uses besides making rope, sails, paint, and health foods. Hemp seeds contain all the essential amino acids and fatty acids necessary to maintain human life. George Washington and Thomas Jefferson both grew hemp, and Benjamin Franklin owned a mill that made hemp paper. Although hemp has no psychedelic properties, the U.S. government does not distinguish between hemp and marijuana, making it a “controlled substance.” China is the world’s biggest producer of hemp, France is a big producer, and it’s grown in Canada. Hemp produces more biomass per acre than almost any other plant, if we’re ever interested in alternative fuels.

Marijuana has been used for centuries in Mexico. People use it medicinally to make liniments for sore muscles, and in other ways. There are markets in Guadalajara that specialize in herbs, barks, and all kinds of products for folk cures that are used by curanderas, women who know secrets, sometimes called brujas, or “witches.” U.S. pressure on Mexico has taken marijuana out of public display in these markets, but it’s still available “behind the counter.”

A boy 17 years of age, named Adolfo, had an accident on his bicycle one Sunday and came to work the next morning wearing a mask. I asked him about it and he removed the mask to show a frightful bloody wound on his mouth and chin. I wanted to take him to a doctor, but he refused and said he would be fine. Each day he came to work he showed signs of improvement.

I soon learned from some of the older workers that the boy’s grandmother was a bruja. They said that she is highly respected in San Juan Cosalá. Adolfo healed, with only the slightest trace of a scar. His grandmother treated him with applications of foam from the fermentation of pineapple. I told a doctor friend about this and he said the grandmother’s treatment could make medical sense.

There have been articles about cutting in the Amazon, and young people leaving for the cities, without learning the medical secrets of the forests from their elders. These articles say it’s probable that we’re losing access to much valuable pharmaceutical research through deforestation.

When scientific marijuana research is made legal, there will be medical benefits similar to those perceived in Mexico for centuries. It’s already known that marijuana has benefits for terminally ill cancer patients.

Proposition 19 failed in California. It would have legalized marijuana throughout the state, instead of just on a local jurisdiction basis. California friends said it was because everybody thought it was a done deal and didn’t bother to vote, while the anti-marijuana forces – like Susan B. Anthony and Carry Nation from another era – fought hard, no doubt seething with the same moral righteousness.