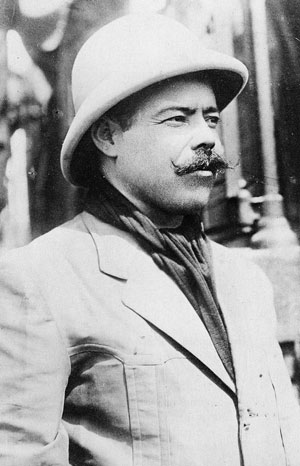 Immediately after Ethel Chestnut chucked her old resources administrator job in Chicago, she began to sell almost everything. A few short weeks later she jumped on a plane and headed to the tropical mountains of southern Mexico, to Chapala, near Mexico’s largest lake, Lago de Chapala. Ethel had passed through the town two years earlier while on a tour of Mexico’s colonial cities that had begun in Guadalajara. Now she was coming to stay. Even before arriving Chapala was beginning to feel like home. The first thing she planned to do when she got settled in was to get rid of her first name, Ethel, and her last name, Chestnut. Both had plagued her all of her life.

Now at age sixty-five, with Social Security and a small but nevertheless significant pension, Ethel could determine more easily the direction of her own life. It was time to become her own “Resource Administrator.” Her parents, who had never even traveled outside of the Midwest, had both passed away. Her two indifferent children, now middle-aged, had called from California to Chicago to wish her luck, and Ethel, for several years now, had been spending less and less social time with her co-workers, “the girls.” The older they got, the more they called each other “the girls.” Ethel was going to be a woman again. A reasonably young woman in Mexico, or at least looking good for her age. And no longer named Ethel Chestnut!

In Guadalajara, Ethel bought a little Nissan with Mexican plates, and then each day she drove and drove, getting to know the communities near Chapala on the north side of the lake, towns with charming names like Jocotepec, El Chante, San Juan Cosalá, Ajijic, San Antonio Tlayacapan, Santa Cruz de la Soledad, San Nicolás de Ibarra, San Juan Tecomatlán, and Mezcala. Each evening she returned to Chapala, content to rest and celebrate her new life in her hand-woven hammock suspended between the orange tree and the avocado tree in the secret retreat behind her little house on Calle Cinco de Mayo.

One Saturday she even explored the old colonial section of Guadalalaja, ending the busy day at Mariachi Plaza where, over a cold Modelo especial beer, she listened to the traditional Mariachi music that actually had begun on this very spot. Ethel had carried with her to Mexico Linda Ronstadt’s album, Canciones de mi Padre, music that Linda’s Mexican-American father had sung when he was a mariachi singer in Arizona. She liked to play that in the early evening, but later in the evening she preferred Linda’s album, Más Canciones.

That night at Mariachi Plaza, Ethel listened to a song she had never heard before, about a young soldier fighting for Pancho Villa in the Mexican Revolution, who was in love with a beautiful young senorita, Adelina.

Adelina. Adelina. That rolled easily on Ethel’s tongue. That would be her first name, her nombre. But what about her last name, her apellido? That night, back at Lago de Chapala, she pondered possibilities. At last she looked up her last name, Chestnut, in her English-to-Spanish dictionary and discovered to her delight that in Spanish, Chestnut is Castaña, from which derives the not uncommon last name, Castañeda. Castaña was also the color of the darkly rich hair that evoked black, brown, and red all at the same time, and that was so characteristic of women of both Spanish and Indian descent.

The next morning Ethel found in the farmacía the coloring she needed to produce that darkly rich hair…the label read castaño rojizo. That afternoon she rubbed herself down with coconut oil and stretched out in the hot sun. That evening she sipped her fresh limonada, made with her own limes, studied the instructions on the package, and changed her hair to a lovely shade of Mexicana castaña. Ethel fell asleep filled with happiness, and when she woke up, she was no longer Ethel Chestnut of Chicago. Overnight she had been changed into Adelina Castañeda, Mexicana, or for formal occasions, La Doña Adelina Castañeda de Chapala.

Her new name gave her new purpose. She—La Doña Adelina Castañeda—began to remember many things now. She remembered (and she realized she had not thought about it for a long time) that her own mother had been born in Chihuahua in 1914, born to one of those many Mexican women who had wed General Pancho Villa when he passed through their villages in pursuit of who knows what enemy.

And who knows, in those turbulent revolutionary times, who her mother’s father actually was, although the dates and location certainly favored the family legend that Pancho Villa raced through her own veins…sometimes still on horseback, Adelina thought. In fact, Pancho Villa was, as she thought about it, her own grandfather. Her own Grandpa Pancho. Some nights she almost remembered that she had never even been to Chicago.

One Sunday wandering around Tlaquepaque, a section of Guadalajara filled with arts and crafts, Ethel picked up some ancient-looking Mexican pots as well as some reproductions of old sepia prints of her grandfather. In one, Pancho Villa raced his horse to a stop just in front of the camera; in another he sat discussing victories with Emiliano Zapata; in another he stood lovingly next to one of his wives, perhaps Ethel’s own grandmother.

Most of the retired Americans at Lago de Chapala preferred Ajijic, only five miles west, but Adelina preferred Chapala because most of the Americans did not live there. Sometimes at the huge Monday morning street market, called the tianguis, where Adelina now did a lot of her shopping, another American might try to stir up a conversation with her, not knowing for sure--because of her now darkened skin and enriched hair and light rouge and Mexican skirts and blouses--whether she was American or Mexican. Adelina would turn her head away as if she were bashful, but in fact she did this because she did not want to reveal through her intermediate Spanish that she was indeed American.

One morning a tall, rather good-looking older American followed her for a few steps and she heard him say to her, Señora, Señora.” She finally turned and looked at him, not saying a word, until he spoke again, in English, asking her whether she lived in Chapala, and whether she spoke English. In her best and most practiced Spanish she slowly said, “Lo siento, Señor, pero yo no puedo hablar inglés,” secretly praying to Guadalupe that the American did not know enough Spanish to attempt a conversation.

As he started to open his mouth again, she turned to the table beside her and began to carefully study the ripe strawberries. The eager Mexican who stood under the awning began talking to her rapidly in Spanish as the American drifted away. She bought two kilos and said, “Gracias, gracias.”

Another morning at the tianguis, she saw a very pretty young Mexican woman whose proud breasts jutted forth against a tight t-shirt that had a picture of a cowboy on a bucking bronco. The words below the picture read: “RIDE ME.” Adelina wanted to walk up and scold that young girl, but she realized that the girl probably had no idea what “RIDE ME” meant.

Adelina also knew that hundreds, no thousands, of those t-shirts, with similar messages, almost all of them used, were shipped in giant bundles from the U.S. and now were walking around Chapala and probably all over Mexico.

As the months wandered by, Adelina began even to forget that she had ever been Ethel Chestnut. “Chesty Ethel” the high school boys had called her as they chased her home. She remembered them calling late at night from car windows, “Hey Ethel, you got any high octane for us?” But that was almost beyond memory, because now she was the noble La Doña Adelina Castañeda, living a simple life in a little Mexican society that more and more was beginning to enfold her in its ancient and colorful skirts.

She spoke only Spanish now, refused to answer in the shops when she was addressed in English, and often she could read several paragraphs in a row in a paper or a magazine before she needed to fumble with a Spanish-English dictionary. When she remembered her childhood she now remembered summers with her relatives in Chihuahua, helping them with their herds of cattle, catching chickens for the market, swimming in the honored waters, and running home through the dusty streets the happiest little girl in the world.

One night as she again climbed into bed alone, she realized she had not had even the slightest beginning of a relationship with a man since she had arrived in Chapala over six months ago. The following night, a Saturday, she put on her best Mexican face, gold hoops in her ears and around her wrists, slipped into a lovely traditional red skirt and white embroidered blouse with billowing short sleeves, put on some mascara and light rouge, and walked the few blocks to the plaza. She had noticed before that a few Americans hung out there at night, and she did not particularly seek out their attention.

But tonight, Adelina wanted proof that she was now a Mexican woman. Americans were like strangers to her now, but it was to Americans that she wanted to come off, at least for a few minutes, as a Mexican woman. She put on a confident and, she thought, stylish stance as she explored the little booths scattered around the plaza. She enjoyed being here, talking with some of her Mexican neighbors and with the vendors in her now quite adequate Spanish. Sure enough, later into the evening, as she continued to stroll, two Americans around her own age strode up, one of them mustached and rather cute, and tried to open a conversation. Adelina was really excited.

When they asked her whether she spoke English she said, “Un poco, no mucho.” They smiled at each other. “We got dinero,” one said. Adelina wasn’t sure she had heard them correctly? “Dinero?” she said. The other explained, “Yup, Señorita, we got dinero and we got the time.” “No entiendo,” Adelina said, thinking that she must be the only sixty-five-year-old Señorita in all of Mexico.

Thinking she could not understand a word of English, one of them looked her over and said to the other, “Well, she looks like she’s been rode hard and put away wet. She may be an old bag, but her body looks like it could still hold up under two tough old buckin’ Texas boys don’t it? Seems to me five-hundred pesos for the two of us would be fair.”

Adelina felt her knees shaking, and she could not form a single word. How foolish she had been. Her world was breaking and it was difficult to breathe. At that moment a Mexican man, maybe in his seventies—elegantly dressed—who had been sitting on the stone bench behind her witnessing the situation, stood up and gently cupped her elbow in his hand.

Facing the two much taller Texans, the Mexican said in English, with only a slight accent, “Gentlemen, this is my beloved wife, and it is time for us to go.” Standing beside her, he placed her hand in the crook of his elbow and they strolled off together like they had been in love a long, long time.

At the corner of the plaza, he turned her toward him, bowed slightly, and said, formally, “De todas las flores en el pueblo esta noche, tu eres la más hermosa,” and then, bowing again, he repeated it, just as formally, in English, “Of all the flowers in the town tonight, you are the most beautiful.”

“Mucho muchísimo gracias, Señor,” she said, and then she began in English, “My name is….” She stopped and began again, “Mi nombre es…Adelina…Adelina Castañeda.”