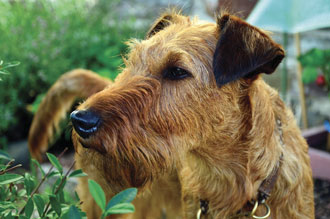 Albert Einstein once observed that the only true question is whether or not the universe is a friendly place. Looked at another way, the ultimate dilemma concerns the meaning of life or even whether life has any meaning at all or consists of nothing more than happy, or unhappy, accidents. In my own case, that question includes whether an Airedale puppy who was born many, many years before I was to see the light of day entered the world by simple happenstance or by some vague but preconceived plan.

The pup’s name was Jack. I never met this Jack. Dogs tend to prefer short, simple names of one or two syllables for themselves, so there were more than a few Jacks in my life. There was Jack, my grandpa’s favorite hunting hound, who was killed by a lightening bolt one summer day. There was Jack, a mixed breed, part boxer, part German shepherd K-9 dog who accompanied a friend who served the National Park Service as a law enforcement ranger. There have been other Jacks.

The Jack I have heard the most stories about was a very big dog, an Airedale who stood nearly hip high beside my dad, with whom he shared many an adventure during the long but all too short years of his life on my grandpa’s 72-acre farm in rural Ohio.

Over the years, my dad shared many stories of the deeds of Jack. Jack had an Airedale’s temperament. His was a fiery Celtic personality. He was determined to protect the farm and his small rural human family from all interlopers. He was instant bone-cracking death to the slithering blacksnakes that often secreted themselves beneath wheat shocks and under the rocks in the stream that bisected Grandpa’s pasture. He also served as a one-dog army to control the groundhog population. On one occasion, enraged when one angry groundhog sunk his sharp teeth into his sensitive nose, he grabbed the unfortunate creature and proceeded to methodically crush every bone in its body with his powerful jaws.

Jack considered it his duty to herd the cows each evening at milking time. The cows, even the most stubborn among them, soon recognized that Jack was all business, that if they balked or lingered, he would nip at their heels until they complied. One recalcitrant bull attempted to outmaneuver Jack by abruptly wheeling and heading off into the pasture. Jack locked onto the unfortunate bovine’s tail and drove him, bellowing in pain and outrage, straight into the barnyard.

Perhaps Jack’s greatest deed occurred one day in the swamp behind Grandpa’s house. My dad was very young at the time, perhaps under the age of twelve. While exploring the water-soaked ground beneath the canopy of willows and sycamores, Dad accidentally slipped into a watery muck basin, a pool of black mud with all the substance and the menace of quicksand. Each time he moved, attempting to extract himself, he sank deeper. In a panic, he called Jack, who charged to the rescue. Jack locked onto the sleeve of Dad’s jacket. Dad grabbed a handful of the big dog’s thick fur, and Jack tugged with all his strength until Dad was able to drag himself away from the downward pull of the muck and mire.

Sooner or later, all stories come to a sad end. One day, after Jack had become a very old dog, he lay his head in Dad’s lap and went off to, as it was always explained to me, “The place where all the good doggies go.”

Had it not been for the loyalty and determination of a dog that I never met, who lived and hunted and served his humans all those long years ago before there was even the slightest suspicion that I would someday enter the world, I would not be penning these lines.

A cosmic dilemma looms behind the story of Jack, a question of what combination of factors causes each of us to be who we are. Each of us a random collection of genes and historical chance, like a toss of the dice or a handful of joss sticks, or are other forces at work? And, what of the soul, the person I think of as me, my consciousness, the life force, the essential self?

That question has preoccupied some of the wisest of minds throughout human history. The wisdom of the ancients leads me into even greater befuddlement. Plato, for instance, recognizes the concept of the soul and speaks of reincarnation, that after death one’s soul drinks from the waters of Lethe, forgetting everything of the past life before being reborn into another body. Aristotle seems more agnostic on the subject, questioning the very idea of the soul. St. Thomas Aquinas teaches that the soul is that which animates all living things, that which causes living beings to be alive, that, therefore, all living things possess souls, in fact, are souls.

The Old Testament prophet Jeremiah quotes God as saying, “Before I formed you in the womb I knew you, and before you were born I consecrated you,” suggesting that one’s soul is pre-existent to one’s physical entry into the world, a concept seemingly related to my question.

In Ephesians 1:14, St. Paul echoes the Old Testament prophets, suggesting that the soul not only endures forever but has been forever.

My only certainty is that had it not been for the heroic act of a farm dog named Jack, the person I know as me would never have been, or, that the soul I consider to be the basic me, the core of my being, would now be the energizing life force of a different person with a different name and a different physical presence, while the DNA making up my physical self would be scattered among other individuals. 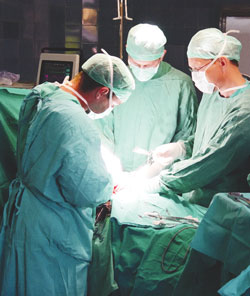 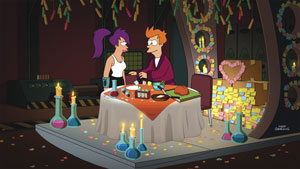