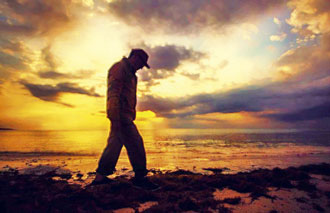 More than an oasis, Central Park is also a refuge and I welcomed it’s calmness and the change of atmosphere that late spring day as I entered on West 59th Street. I needed time to pause my hectic life. Although work was my sole excessive habit or vice. Sometimes thought I would never reach old age nor know love.

“May I sit?” I asked the grey-haired man.

“The bench is free.” His suit coat lay neatly folded next to him, across the back of the park bench.

So “New York,” I thought as the man gestured towards the unoccupied seat. I saw the unmistakable Nazi concentration camp numbers tattooed on his left forearm. We both sat keeping our individual thoughts.

It has never been my habit to begin a conversation with a stranger; however, I asked. “How long have you lived in the US?”

The man´s terse reply made me think he did not want to talk and for the next few minutes we sat wrapped in our isolated spheres.

“I came here after the war. After losing everyone, everything, but my own life.” The man spoke, his accent thick.

“I´m sorry.” My words sounded stupid and hollow. “Were they victims of the War or the Holocaust?” I couldn’t believe I had asked such a question as I had been brought up not to ask personal questions.

“They were exterminated by the Germans,” he turned his head and pierced my soul with his filmy, expressionless blue eyes.

We sat in awkward silence until he broke the silence. “You have a faint accent, but I cannot tell where you come from.” The man´s own accent seemed thicker.

“I had French mother and a Russian father.” Somehow we had moved closer to one another.

“No. I am not a Jew. I live and work in Saùdi Arabia.” I felt ashamed because in all my Catholic life, I had never admitted that my father had been a Jew.

“I didn’t mean to pry. It´s just you have the air of someone who has suffered, and in my experience that means being Jewish.” The man bent forward, shoulders rounded more from life than age.

“What has made your life so sad?” For some reason I seemed to bond with this stranger.

He leaned back onto the bench and began in an even heavier accent. “In 1935 I married the most beautiful woman. She played Paganini as he meant his music to be played.” The stranger paused as though he heard her playing. “For a year our lives were wonderful. Then I had to go to Rotterdam, I was in the shipping business. While I was away everything in our world changed. The Nazis began their campaign and I was not allowed back into Germany, my native country. For a while we talked once a week on the phone, but that ended and I heard from friends that my wife and her mother were forced to move into a ghetto.”

He stared down the path now crowded with men and women walking from their offices to their midtown apartments.

“I suppose I could have left Holland for England, as some of my friends did. But I had convinced myself that Ruth would somehow join me in Rotterdam,” his shoulders now sagged.

“It wasn’t long before the Germans invaded Poland and then Holland and the rest of Europe. Later when the Nazis rounded us up I thought I might see my wife at a camp. “

He made me nervous when he looked directly into my eyes. “Don´t ask me to tell you how I survived the camps.”

“When I was released from Treblinka, the last camp I was in, I knew that Ruth could not have survived the inhumanity and atrocities that I had lived through. I could not return to Hamburg as my city no longer existed and I never wanted to see another German.” He seemed shrunken and smaller now that he had told me his story.

“Did you ever find a new love?” I felt embarrassed at my bold question. I had never really known love, but I was hopeful that the man had at least found some measure of happiness in a life of sorrow.

“One freezing January night I was returning to The Bronx, after taking in a lecture at Columbia. I sat on the train reading my newspaper when a woman spoke to me,” a half-smile emerged from his closed lips.

“Where did you live before the war?” Her timid voice was sweet.

Without realizing she was speaking German I answered, “Before the war I lived with my wife in Hamburg.” I noticed her gnarled hands and her plain black dress and worn shoes, like a hotel maid’s.

She tugged at her simple coat and continued, “What did you do in Germany?”

“I worked as a shipping agent,” I replied in German. I looked into her eyes and felt as though she too had endured the unspeakable.

“Herman. Don´t you recognize your wife?” She looked directly into my face.

The moment I realized this woman was my Ruth, I fell to my knees and buried my head in her lap. I sobbed uncontrollably. All those years of suffering welled up and all I could feel was an immense relief.”

He took a clean cotton hanky from his pocket and dabbed at his tears, then blew his nose.

“How wonderful,” my words seemed hollow, but were well-meant. I hoped that someday I too would know such love.

“Ruth lived less than two years. We were never able to make up for those lost years. It was as though we had become strangers.” 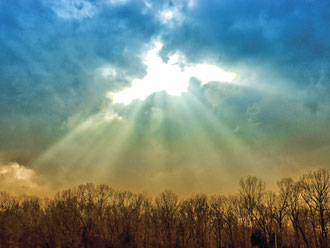