By Carol L. Bowman
This email address is being protected from spambots. You need JavaScript enabled to view it. 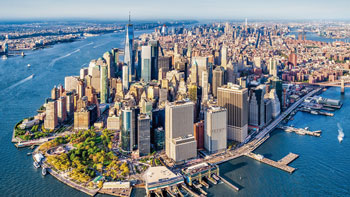 “While I nodded, nearly napping, suddenly there came a tapping… rapping at my chamber door.” Strange that in the middle of dissecting Edgar Allen Poe, there really was a rapping at my door. But this was no faint tap, no gentle rap. It sounded like an authoritarian whack. “Tis some visitor, I muttered,” as I beckoned for my roommate to see who had come with ill intentions.

The Assistant Dean of Women at Kutztown State University, accompanied by her Snoop Squad, entered, clipboards in hand, on their random search of freshmen women’s dorm rooms. It was 1964, but this university employed strict, quasi-parental control. Kutztown, a rural district populated by conservative, Pennsylvania Dutch, Mennonite and Amish, needed protection from these hussy, college girls. Rules for female co-eds included no red light bulbs, no patent leather shoes, lest males might look up your dress in the reflection, and a knee length raincoat in every closet, to be worn on front campus, so the town’s residents could be shielded from sashaying buttocks.

A thorough search by the Disciplinary team turned up no red bulbs, no shiny shoes and yes, two raincoats. Asst. Dean Sanders, with her sickening, fake smile said to us upon leaving, “You know girls, we have a responsibility to maintain the dignity of all female co-eds attending Kutztown,” And so this environment set the stage for my first taste of college campus life, but oh, what was to come. Sunday nights, most of us flocked to the Student Center to dance, dance, dance. I drooled over Dominic Messina, a slick, raven-haired Italian from the coal regions of Pottsville. He could do the Twist and Jitterbug and the topper, he drove around in a dark green TR3. I flirted, smiled and tried to be coy for months until the Sunday night we all returned from Thanksgiving break. When he asked me to dance, my knees collapsed.

We both worked as servers in the formal dining room, where students ate lunch and dinner family style, guys in sport jackets and suitable dress for girls- the whole maintaining dignity thing. That week, I worked as many meals that fit into my schedule, in case Nick might also have tables. Well, I worked, he worked and it worked. By Friday, he pulled me into a corner in the kitchen.

“I have a great idea.” He bubbled. “Let’s go to New York City tomorrow. It’s only a two-hour drive and we can go to the Village, see the Christmas tree and the lights, we’ll have a blast. What do you say?” I almost blurted out, ‘Are you kidding? This naive girl, raised on a nearby Christmas tree farm, who has never been anywhere, going to New York City, with Dominic Messina in his little sports roadster, I say Yes, Yes, Yes.’ Instead, since we never had been on a formal date, my guilt-ridden upbringing required that I offer to help with expenses of our adventure. I uttered this stupid response: “I’d love to, Nick, but other than my waitress pay, I don’t have much money.”

“Oh, no sweat, I don’t have much either, but I’ve got it covered. Just wait, you’ll see,” he assured me, with those intoxicating dark eyes. “I’ll pick you up in front of Old Main at 8 am.”

A cardinal dorm rule required signing out with a destination when leaving campus. The truth would never fly and I couldn’t ask my mother to cover for me. Purebred Lutherans and inherently German, my parents laid down strict guidelines about their daughters’ dating choices. Heated arguments had already erupted between them and my older sister, a sophomore at Kutztown, about her current Italian Catholic boyfriend. My God, a fainting couch would be needed if Mom found out her second daughter went to NYC with another Italian Catholic. Safest bet, I signed out for ‘home.’ Mom never visited me at school.

A crisp, clear December morning prompted the ‘crazy’ idea to put the TR3’s top down. Bundled in scarves, hats and gloves off we went. How lucky could a girl get, being with a guy who had everything covered and a convertible to boot. When we got to Allentown, Nick drove into St. Mary’s Hospital parking lot. “Hey, listen to this,” he said. “I read in the newspaper that with the Viet Nam War, there’s a big call for blood donors. The local hospitals are paying $25.00 a pint. So we just go in, give some blood, grab our cash, and then spend, spend, spend in New York.” He spilled his plan out with such enthusiasm, I was hooked.

A nun approached us and offered profuse thanks for thinking of our soldiers, young men our age who needed blood. While the plasma drained from our arms, we giggled about all the things our found money could buy. Afterwards, as we sipped orange juice, Sister Catherine walked over with forms and a pen. She asked if we wanted to donate our pints to a specific US wounded GI. Dominic’s olive skin paled to a green shade of puke. “Oh, we’ don’t know anyone in particular, so we’ll just accept the standard rate of $25.00,” he spewed the words, shaking.

“My dear, boy,” said Sister, “this is a Catholic Hospital and we only receive donated blood. Allenton General is offering payment, but you will need to wait at least a week before you give blood again.”

We staggered to the car, empty handed and missing a pint of life’s petrol. Oh, the resilience of youth, as Nick let out a sigh, seemed to gather his thoughts, and announced, “Well, let’s move on to Plan B. We’ll pool all the money we have, figure out what we can pay for and NYC, here we come. The pot seemed meager, but it would cover gas, tolls for the Holland Tunnel, and maybe hot chocolate and a burger in the Village. Off we sailed into the wind, laughing about the wrong hospital all the way.

Two hours later, my small, pathetic world exploded. I felt electrified by NYC, Greenwich Village, shoppers, mounted police patrolling Bleaker Street, their horses decorated with bells and red ribbons, hawkers selling scrubby Christmas trees on every corner. A light flurry of snowflakes magically started to fall. I was in love, in love with adventure, in love with fairytales, in love with rebellion. As the early shadows of dusk darkened the city, we knew we had to head back. I needed to sign into the dorm before 11 pm curfew. When I arrived at Old Main’s front desk, the dorm’s housemother waited to pounce. My fairytale day was about to be fractured. “Good evening, Carol. How did your visit at home go?” Mrs. Morrison seemed cryptic, with a sarcastic tone.

“Oh I had a nice time. Thank you for asking”

“Well,” she retorted, as she piled a bag of items on the counter. “Your mother visited you here today, to bring some things you forgot last weekend. She seemed shocked that you signed out for ‘home.’ Dean King wants to speak to you in her office Monday morning at 8 am.”

An audience with the dragon, Marietta P. King, the 5’2” white-haired Dean of Women that all the girls feared. I scurried to my room before the conflicting emotions of the day crashed upon me. I called my younger sister to get the real scoop.

“Boy, Carol, you should have seen Mom today. When the girl on the desk told her that you were ‘at home’, she put her hands on her hips and made a real scene.” Donna imitated Mom perfectly. “‘Well, I am her mother and I think I should know if Carol is at home and I can tell you, she isn’t. So where is she?’” Donna continued to relay the ugly account. I was busted, but the memory of NYC took away the sting. On Monday morning, Miss King shook her crooked finger at me, while delivering her stern reprimand. “Your punishment for deceit, for defying the dignity of a Kutztown co-ed is a week of Dorm Campus,” she barked.“For seven nights, immediately after dinner, you must remain in your room or be studying in the library. House mother Morrison will make frequent checks as to your whereabouts.”

That would be my first experience with Dorm Campus, but not my last. I spent many an evening in Franklin Library during my freshman year. As a sophomore, I moved off campus. I was done with their control; quoth the raven, ‘Nevermore.’

Bio for Carol L. Bowman--After a life-long profession of treating the mentally ill at a PA psychiatric hospital for 33 years, Carol retired to Lake Chapala, Mexico in 2006 with her husband, to pursue more positive passions. Her family thought that she too had “gone mad.” Today, she teaches English to Mexican adults in a program operated by Lake Chapala Society and writes for local and international, on-line and print publications. Using her adventures to over 110 countries, Carol has captured a niche in travel writing. A frequent contributor to El Ojo del Lago, she’s won several literary awards from that publication. Her psychiatric field work netted a contribution to the anthology, Tales from the Couch.