Hey, I Used To Be Somebody! 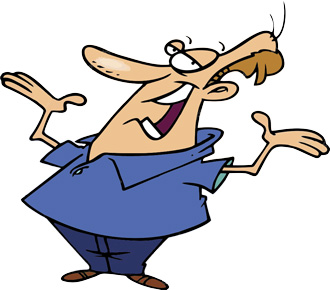 I heard my new friend Dan say, “I used to be somebody.” He didn’t say “what” he used to be so later, curious, I asked about him. “He was a heavy equipment operator.” “Oh,” I said, perplexed.

With a little imagination, Dan could have transformed himself into one of those interesting expats who live in Mexico. It’s an exciting new world here where you can be anybody you never were. We refer to this as the “border promotion.”

To be sure, there are legitimate characters in Mexico. I met some in Zihuatanejo. There was Jim, the guy who was a diver with Jacques Cousteau in 1960 or thereabouts. Nobody had the heart to ask him how long it’d been since his last dive, or what he’d done since then. And there was the handsome French diver Jean Claude who loved the ladies, as long as they didn’t stay around too long. Long time resident Liz liked her new gauze dress so much that she ordered thirty-seven of them in the same style when the factory was going out of business. Xaviera Hollander, the Happy Hooker, used to spend time in Zihuatanejo, too

Then there was Sam. He drank beer at the pier all day, every day. To his credit, he was always good- natured when I asked him to stop leaning on my pickup truck if I had to go somewhere. He was retired from his career as a Green Beret, or so he said. When the Iraq War started I asked him, “Hey, Sam, are you going to go over there and help out?” He shushed me, looking around nervously with his saucer eyes, and said, “I can’t talk about that.” I liked Sam, but it was hard to believe his story.

This was my first experience, as far as I know, with a fictitious past. Then I moved to Lakeside and heard the phrase “border promotion,” which I thought worthy of further study.

Generally, the “border promotion” is harmless, but foolish statements can lead to embarrassment for everyone. Therefore, I want to offer some suggestions on how to pull it off. I’m not here to discuss the morality of lying to your new friends. Remember, though, that it isn’t nice to use your border promotion to borrow money or get married. It’s only a pastime for expats with too much time on their hands.

This brings me to my first important piece of advice:

Google is Not Your Friend. It used to be easy to make an undisputed claim. Irving tells us he was on the editorial staff of Rolling Stone, and hints at his affair with a famous singer with an affinity for Southern Comfort. He was interesting enough for me to do a Google search. I couldn’t find him there in the Rolling Stone archives or anywhere else.

It’s very important to be vague. Specifics such as last names, dates, business ownership, or places of employment are risky. You don’t want to make fact checking too easy.

Remember the Story. It’s critical to remember what you said, and to whom. Understand that Lakeside is a small area and people talk about each other. Tell the same story to everyone. There’s the Canadian who was variously an operatic tenor, editor at the Tattler in London, yoga instructor, and airline pilot, depending on his listener. One does begin to wonder.

Appearance. Don’t claim to be a professional person---lawyer, doctor, CPA—if you have a lot of missing teeth. People do judge by appearance. Get your teeth fixed and learn how to play golf or tennis. Buy a home in a gated community.

Writers and Artists I strongly recommend that if you are not a real artist or writer you shouldn’t pose as one, since people will eventually want to see your work. Besides, we already have enough bad artists and writers at Lakeside.

Prison Sentences Claiming jail time can be interesting. A little stretch here and there, especially in a foreign country, is a bonus. My friend Ken says he was in a Spanish prison and escaped the day he was cutting logs in the forest while under guard. He hung his red prison beret on a tree and therefore fooled the head counter and ran off. He says Interpol is still after him and we don’t know how to check this.

Healing Arts. Some people say they’re masters of the healing arts, but it’s important to be judicious with hands-on treatments. Walter gives unsolicited neck rubs that go on for way too long. “Can you feel the energy?” he’ll say, mostly to women. The “healer” needs to know the difference between energy work and common groping.

Religious Credentials Go ahead and perform weddings down here even if you aren’t really a minister/priest/rabbi/Buddhist nun. These services aren’t legal in Mexico, anyway. There are so many denominations and sects that these good folks confuse themselves and can’t check up on you. Also, you might pick up some spare change.

Military Service Be extra careful with references to military service. Look stressed and mumble something about your PTSD. Stay away from the American Legion in Chapala.

A retired US Army colonel living in Guaymas let selected people into his home to admire his portrait: full regalia, medals, ribbons and all. He enjoyed being addressed as “Colonel.” One day he had a serious accident and his friends loaded him into an SUV and rushed him across the border to the VA Hospital in Tucson, Arizona. They found that he never served in the military. We don’t know if he shows off his oil portrait these days or even if he is still willing to live in Guaymas.

In summary, these tips should be enough to prop up any newcomer’s border promotion. Any further tips from readers will be credited anonymously.

When I have more time I’ll tell you about how I won the women’s division of the Ironman Triathlon in Hawaii. I can’t quite remember the year—my short-term memory issues--and it might have been under my former married name, too, I forget which one.