ADJUSTING TO MEXICO
—Linked with Personality 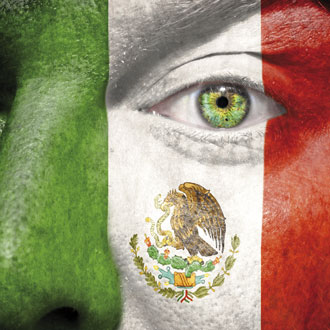 There are people who are able to adjust to life in Mexico and those who find living here a personal nightmare. While there are no clear-cut rules, there is a suggestion that those who are conformable with their extroversion, intuition, feelings and ability to “go with the flow” will generally fare better in Mexico.

There are, however, individuals with these personalities who cannot deal well with Mexico. Given this, one must assume that other, more basic personally traits can help explain the adjustment differences.

Although unrelated to personality, the amount of accurate information the family received prior coming to Mexico is essential for a successful adaptation. There are basic personality traits which have a more direct relationship with the nature of one’s ability to thrive in Mexico. These traits include: the ability to be flexible, both in the sense of schedules and routines and in relation to one’s own identity, being tolerant and patient with people who have different habits, ideas, and ways of viewing life and relationships, a strong sense of adventure and a desire to learn, as well as having the good fortune of not being overly judgmental in terms of what is “right” and “wrong” or “good” and “bad.”

In trying to understand what leads a person to be flexible, tolerant, patient, open to others, adventuresome, and willing to learn from and about others, I have come to the conclusion that humility is the primary ingredient. Humility in the sense that one has a deep-rooted belief that he/she is truly equal to everyone else and that no one culture, society, religion, social group, or nationality has a monopoly on truth.

Such humility is often based on an open and flexible self concept or self image. The individuals that judge Mexicans to be inferior in one way or another, do so as a result of exalting their own way of being or their manner of doing things. This “holier than thou” attitude is a defensive reaction to a basic and often unconscious feeling of insecurity in a sense, one holds on to his/her life because there is an underlying and erroneous belief that their sense of psychological wellbeing depends on such routines, habits, values, and ways of relating.

During the first months of an international move, most of us usually are ignorant of the social and interpersonal rules of behavior, become uncomfortably dependent upon others for help and feel mostly insecure about whether or not we will be accepted by the nationals. Those who do not compulsively need to feel knowledgeable, independent, self-sufficient, or instantly accepted and respected by others are able to take the time necessary to learn about the host culture and give nationals a chance to become familiar with them. They are not compelled to impose their way of doing things because they are not inappropriately attached to their routines, habits or typical ways of relating to others. The well adjusted are well adjusted precisely because they have already learned the relativity of habits and customs, and know that, at least for the time being, they have to assume a somewhat inferior position.

Those who come to Mexico with a strong sense of Self, based upon a humbling awareness of both the favorable and less-than-favorable aspects of their personality, will usually be more accepting of other life styles. They will be more tolerant of other’s customs and habits, and feel less obligated to either accept or criticize them. They can maintain certain of their values without having to be critically defensive about why they are the way they are. The adage, “live and let live” is a natural part of their life as they know that no one is closer to God or blessed with “Universal Truth”.