A Rag Doll in the Wilderness 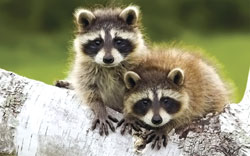 It is Sunday afternoon here at Lake Chapala--a day “to loaf and invite my soul,” as Whitman says. A soft breeze slips through the open doors of the balcony and dips down momentarily to caress the fur of my sweet cat, Manchas, asleep on the Zapotec rug. When I rescued Manchas many years ago, she was so tiny she could sleep in the palm of my hand.

Each night, when I stretch out onto the bed, this sweet little cat leaps up and gives me one kiss on the tip of my nose before she moves to her spot near the bottom of the bed, or if the weather is cold, she curls against my legs.

I have had so many wonderful animals in my life. Here are just a few: my first dog Shadow, a Cocker Spaniel, the supreme joy of a little boy’s life; Charlie, a beloved border Collie, a faithful companion when others had failed me; and Ananda, my Golden Retriever, left for me at our local animal shelter by who knows what divine spirits, and who took such good care of me so many years.

There is much love in many--I suspect in most—animals; and they often recognize the love in us. The woman who cut my hair when I lived in Denver usually wore a T-shirt that read: “I’m a Beaver Believer.” Turns out rich folk building their new homes along the recently cleared Platte River banks planted sizable aspen trees. The beavers, who loved aspen, thought they were a gift of The Beaver God and gnawed them down with great beaver joy.

My friend was part of a Colorado wildlife program that allowed her to take beavers into her tiny apartment for the night before taking them to a remote mountain area marked on a map given her by the Department of Wildlife. She showed me pictures of her hugging one of these large rodents, and both she and the beaver were smiling!

Before I moved to Mexico I made a modest but very sweet living as a keeper of bees in western Colorado. Sometimes coyotes would greet me in the early mornings, content to sit and watch me. One of my bee yards was on the property of a farm couple, the Hydes, who had also signed up for a wildlife relocation program.

As the city of Grand Junction and surrounding communities expanded, wildlife was being crowded out. People complained that the raccoon population was much too high, although I suspect that more than one raccoon thought the human population was too high. At any rate the Hydes would receive baby raccoons whose mothers had been killed by cars or by hunters and they would raise these little orphans over several months until they could make it on their own. The Department of Wildlife gave them a date to take them to a remote location, before the babies, by now young adults, became hopelessly habituated to the human way of doing things.

The Hydes told me that in one rescue when they first received the tiny babies, a brother and sister, the wife gave a little rag doll to the girl raccoon. Girl raccoon and doll became inseparable (the brother had no interest at all). Everywhere she went around the farm yard she dragged it with her, and of course she hugged her doll close in her cage at night.

When the time came to take them to their new home in the mountains, always done when it was dark, the couple placed food and water in the cage and left the door open.  They also left the now rather worn rag doll with the girl raccoon. The couple returned the following day. The raccoons were gone, and the girl raccoon had taken her rag doll into the wilderness with her.