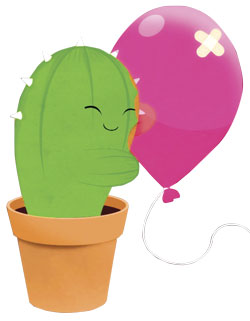 I arrive very early at the San Antonio Tlayacapan Catholic Church, for the confirnmation of Fernando, youngest son of my friend, Josefina. Noisily anticipating the auspicious arrival of The Bishop from Guadalajara, a local band blares Sousa marches in the church square, where clusters of men smokily enjoy the music. Families are bustling into the church while seeing to last minute clothing adjustments, in preparation for the holy sacrament about to be administered to their children.

I am the only non-Mexican present. Reluctant to call attention to this, I plant myself demurely in one of the rear pews adjacent to which confession is uniquely being heard in a booth without a door. There kneels a penitent confiding his sins to the padre face-to-face, while two others await their turn, kneeling before closed windows at each side of the confessional.

A beautiful 30-ish woman strides authoritatively down the center aisle, once-stylish grey dress billowing out behind her, high heels clicking the marble floor, long, black hair flying loose in her self-created breeze. Reverential whispers of, “The Choir Mistress,” alert me to her identity. She stage-whispers everyone in the front section of the church to move to the now-paltry number of empty seats in the rear, creating room for the impending arrival of the professional choir and the event’s participating children, with their families. No one complains at the mass eviction (no pun intended). All simply arise as one and shift to the rear of the church. Rosa Parks does not live here.

As two displaced, ancient women approach my pew abreast, bent gray heads covered by black cobwebby mantillas, I begin the decision-making process as to which venerable grandmother I’ll surrender my seat to. Abruptly, another, younger woman falls into step with them, her red hair quite noticeable -- she is one of the few in church unfettered by headgear. She is also clothed in blazing red, a single spot of color in the otherwise black and white society contained within the confines of these holy walls. Red Lady’s step quickens, she clips past them and draws rapidly closer to me. In a flash, she bursts her purse across the remaining three feet of rapidly diminishing area between us, for a rim shot into the space next to me.

This is hurriedly followed by the silent landing of a wadded-up lacy blue handkerchief into the adjacent space, presumably reserving it for a tardy friend. When the antiquated matrons shuffle up seconds later, Red Lady literally blocks them from entering the pew by extending her arms, aircraft-like, across the entrance to it. The more wrinkled of the two señoras stops, looking baffled at the sudden absence of her target seat. Red Lady literally elbows her out of the way, and white-knuckle- grips the sides of the pew, adroitly body-barring the entrance until the arrival of her friend, at whose coming she shunts the second crone aside. She plunges into the pew, hip-shoving her purse over to join the handkerchief beside it.

I worsen matters by rising to offer one of the excluded biddies my place, but, in so doing, I block Red Lady’s dawdling friend from entering. This enables “my” old woman to grab the hand of her friend, tugging her into the pew, whereupon she sits heavily atop Red Lady’s hand, flattening it nicely. The Quixote-thin gent in the end seat has now been completely compressed.

There are no other seats, so I stand, back against the wall, hapless firing squad victim, while Red Lady and her pew-less amiga volley barrages or withering glances. Onlookers in another crammed pew shift even closer together, nodding me to join them, simultaneously staring Red Lady down. There seems no way I can avoid accepting their offer without being rude, so I squish meekly in, only to soon find someone’s huge thigh larding over mine. Not a swell feeling on this sweltering day.

When the Choir Mistress turns her back to the congregation to tend to her official business, all the pew emigrants surge forward as one, returning to the front of the church. Boundlessly patient, she asks them to move to the rear over and over. They do, over and over.

Exotic hand fans now go into motion, somewhat compensating for the temperature, which has risen to a sweaty degree. For some, it raises even higher at the late arrival of a nubile nymph, wearing the sole tight article of clothing in the church-- a white sweater, which no iron could make flat, once worn. Although the men present manage to keep their heads facing front, I can hear their eyeballs clicking over to the aisle down which she is wafting. One wife punches her husband so hard he makes an audible sound.

Presently, the children and their families arrive and are placed in the empty front rows which our trusty Choir Mistress has fought so hard to defend. The professional musicians appear, stringed instruments in tow, together with members of the choir, at last ending what must have been an unpleasant side effect of the Choir mistress’ musical duties.

As the band outside slowly concludes its brassy baying, drifting into silence one horn at a time, a golden crucifix appears in the doorway. It is held on high by ecclesiastical hands, and is followed by a series of priest-clutched candles. Other hierarchs follow, hands clasped in prayer; all are dressed in embroidered white raiments. Now appears the mitered Bishop Himself.

Resplendent In his white canonicals, he has been sent from Guadalajara expressly for these ceremonies. It is evident that everyone else was the Opening Act, as parishioners applaud his passing of each pew. The procession continues to the altar, and Mass proceeds, sprinkled with the most divine singing imaginable. If you multiplied the von Trapps and combined that harmony with 16th century madrigals, you’d come close. Better yet, find some angels.

At the conclusion of the Mass, those in the congregation are asked to each turn to his neighbors and shake hands, as is the modern Roman Catholic custom. No one will shake Red Lady’s extended forelimb. The two old ladies she had attempted to exile give her such shriveling stares as I haven’t seen since last riding the subway. You know the look -- eye- brows raised over hooded lids, nostrils flared, self-righteous mouth pursed into a Spaghetti-0, lapped hands firmly fisted together. And after such celestial serenading, too.

I haven’t had such a pleasant day since my last divorce.